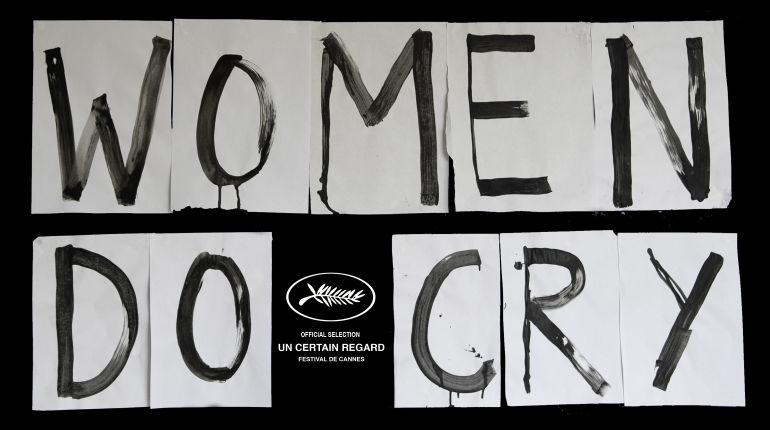 “Women Do Cry” with the Premiere at Sofia Film Fest, Autumn 2021

In September, the remarkable directorial and production duo Vessela Kazakova and Mina Mileva were engaged at the head of the jury of the prestigious program “Venice Days” (Giornatte degli autori) at the oldest film festival in the world. Immediately after that they will personally present their latest film “Women Do Cry” to the audience at the 25th Sofia Film Fest, and the event will be on the territory of the summer festival in our city – Sofia Summer Fest.

An exceptional success for Bulgarian cinema was the participation of “Women Do cry” in the competition program “Special Look”, and according to the ranking of Screen International, the Bulgarian-French production is one of the best works in Cannes in 2021 – among the six most popular from the critics films from the official selection, and the main characters – Sonya (Maria Bakalova) and Laura (Ralitsa Stoyanova) are placed on the cover of “Le film francais”.

In “Women Do Cry” come to life five women from an average Bulgarian family, who are trying to defend themselves in a country torn by homophobia and prejudice. A young woman suffering from postpartum depression tries to throw herself off the balcony; an HIV-infected girl carries the cruel stigma of the disease; mother is trying to find magic in the lunar calendar – the events take place against the backdrop of the rejection of the Istanbul Convention and the absurd protests against “gender ideology”.

The roles in the film are entrusted to Maria Bakalova, Ralitsa Stoyanova, Katya Kazakova, Biliana Kazakova, Vessela Kazakova, Yosif Sarchedzhiev, Rositsa Gevrenova, Diana Spasova, Dobriela Popova. The script is the work of Biliana and Vessela Kazakovi and Mina Mileva, the cameraman is Dimitar Kostov, and the producers are the companies “Activist 38” and “Ici et La productions”, represented by Christoph Brunsche, who is also one of the producers of “Cat in the Wall” . Mina Mileva draws attention to the fact that his participation gives them “security and confidence in the presentation of films on the world stage.” Olivier Per from Arte France Cinema is also a co-producer of “Women Do Cry”, and the film was made with the support of the National Film Center – Bulgaria, ARTE France, EURIMAGES, Ile de France.

… Mina and Vesela jokingly share that their work process is strictly regulated. Mina started her career in cinema as an animator, worked in Bulgaria and Great Britain, and she took responsibility for the visual decisions. While Vesela is an actress with many awards and serious international recognition and is responsible for the sound of the films. According to her, “I have to hear the movie. The eye is mine, I am the ear.

The directorial duo also distributes their commitments when writing the screenplay. “I write while she plays in the center of the room and I seem to be watching live theater,” says Mina, and Vesela adds, “I speak quickly and emotionally as she records.” In this project, among the authors of the script is Vesela’s twin – Biliana, who actually begins the story with a description of many personal elements of her own life. She is also the author of the first version of the script, which won a subsidy in Bulgaria…

What do the colleagues from the Venice Film Festival write about Mina Mileva and Vessela Kazakova when they are invited to head the jury of the Venice Days 2021:

“Mina Mileva and Vessela Kazakova are women, activists, feminists and filmmakers,” said Gaia Führer, the artistic director of Venice Days. – We are glad that they accepted the offer to head the jury of the “Venice Days”, because today more than ever we need a combination of cinematography and active position. We need people who can break down borders through cinema, pave new paths. In their works we find vitality, a bold combination between public and personal themes, between personal and collective rights, between form and content. Mina and Vesela’s cinema is smart, full of compassion, provocative, furious, ironic, lively and extremely honest. I hope that these values ​​will be found in this year’s selection of the competition program “Venice Days”.

Newer PostKornél Mundruczó with the Special Award of the 25th Anniversary Sofia Film Fest
Older Post In Addition to the Summer Trap Fest, Trotoara Community Center is also creating its own Label