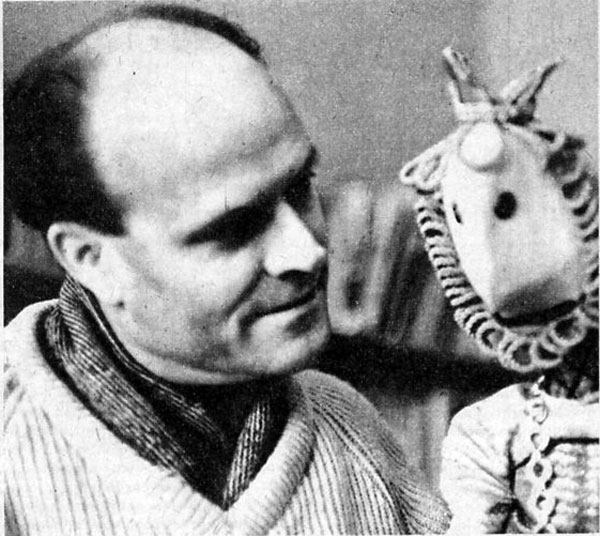 The Father of Bulgarian Animation…

With the diploma work of Todor Dinov, the film “Junak Marko” from 1954, the Bulgarian animation cinema came out of the sphere of the amateur – this is the first Bulgarian professional cartoon film. He made a connection between animation and Bulgarian folklore (the folk epic about Krali Marko) and was acknowledged by critics for its world-class quality.

He painted as a child and later completed studying theatrical decoration at the National Academy of Arts in Sofia. Dinov is a cartoonist, illustrator, painter, and poster artist, as well as author, director and screenwriter of more than 40 animated productions and several feature films, including “Iconostasis”, “Paris Rain” and “Gunpowder reading book”.

Dinov founded the school of “Animation” at the National Academy For Theatre and Film Arts “Krastyo Sarafov” (NATFIZ) in Sofia. He is the creator of the world-famous Bulgarian animation school. Among his students are animators and directors such as Donyo Donev, Ivan Andonov, Stoyan Dukov.

In 1965 he created the animation “The Daisy”, which became one of his most successful productions and was very well received in the cities of Leipzig, Buenos Aires, Ankara, Vienna, Chicago, and Cannes. Two years later, “The Daisy” was named Best Children’s Movie.

Other famous animations of the 1950s and 1960s include Prometheus, Jealousy, Thunderer, and A Tale of a Pine Twig.