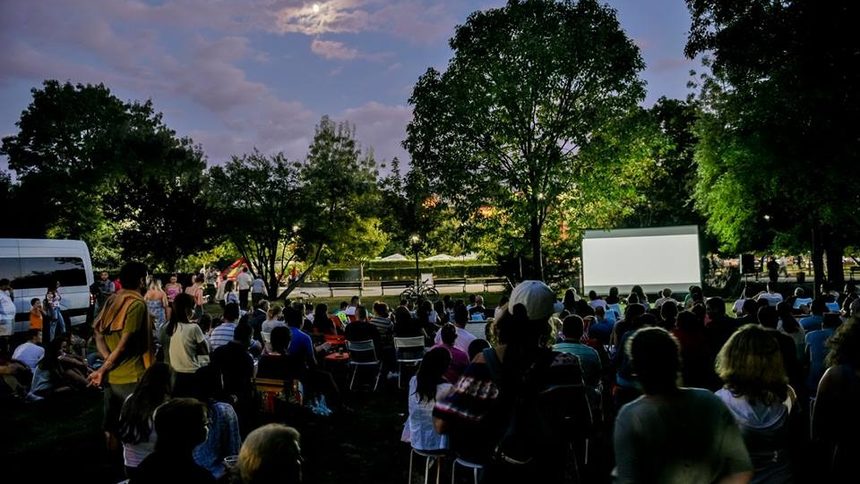 Warm summer evenings predispose to longer time spent outside. Summer cinema is a great opportunity to enjoy that time. Check out where will be part of the open cinemas in the country that you will be able to visit by the end of the summer season, writes Dnevnik.

For 5 years, the Block Cinema initiative has traveled through districts in the capital by turning open spaces into outdoor cinemas and presenting viewers with some of the latest Bulgarian feature, documentary and short films.

From 29 July to 22 August, the summer cinema opens a tour of 10 Sofia districts, some of which will be the “Sveta Troitsa”, “Mladost” and “Hipodruma”.

The program features Aga, film directed by Milko Lazarov, which won the Best Film Award at the Cairo Festival in 2018, Theo’s Formula directed by Nikolay Vassilev, presenting the extraordinary story of a physics teacher , and the film by Chavdar Zhivkov and Alexander Smolyanov A Little Bit of Luck, whose story is dedicated to the events surrounding the life of two boxers.

The beginning of the screenings will be at 20:45 and the entrance will be free.

To find out if your neighborhood is on the “Block Cinema” list this year, you can check out here. If it turns out live in one of the chosen districts, you have the opportunity to suggest what place would be most suitable to become a summer cinema. See more here.

For lovers of warn evenings, the G8 Cultural Center opened its summer outdoor screenings in June.

From Monday to Sunday, Kinodvor’s program offers a selection of different films in each of the evenings and the screenings are from 21.45 in the courtyard of the cultural center.

Tickets are sold locally and the upcoming summer program can be viewed here.

“Summer Cinema in the Garden” is an initiative of Sofia Film Fest and the Bar Switch, whose garden turns into a cinema under the open sky. The screening of the films is only Sunday, the next possible date is July 21 with the opening 21.00. Then, the film Godard Mon Amour by director Michel Azanavisios will be presented.

The entrance to all screenings is free.

The initiative will continue until the beginning of September, and the full program can be found here.

For the second year at the end of June, Rotunda Park in Bankya will become a summer cinema, which will last until August 31st. The films are screened every Saturday at 21.30 and the entrance is free.

In the framework of the initiative, 9 feature films and 5 short films will be presented. The program will include “Steps in the Sand” by Ivaylo Hristov, “Letovnitsi” directed by Ivaylo Penchev and “Photo with Yuki” by Lachezar Avramov.

You can read more about the program here.

From 10 to 28 July guests and residents of Plovdiv will have the opportunity to visit outdoor cinema in one of the city’s parks. The “Youth Hill” in the Old Town, Lauta and the Rowing Park are just some of the places where the organizers of “Summer Cinema in the Park” have prepared to screen films from European and Bulgarian cinema.

All movies are free to watch with a start time of 21.30 and it is desirable to bring something to sit for.

The full program can be found here.

After the traveling “Cinema under the Stars” of the Sofia Film Fest went through Pomorie, the sea tour continued on the summer stages in Sinemorets and Kiten – from 11 to 15 and from 23 to 27 July

The screenings will be at 21.30 and the tickets will be priced between 6 and 8 leva.

The full program can be seen here.