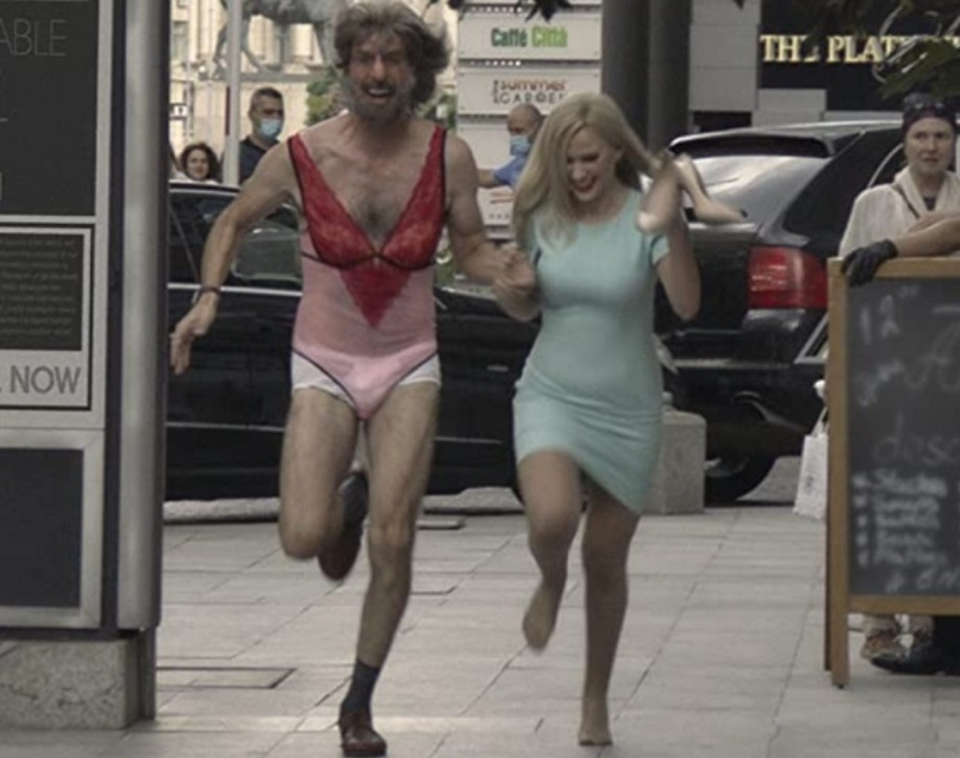 Amazon Prime has released new footage that has not been included in the final version of Borat 2. Divided into three parts, united by the title Borat Supplemental Reportings Retrieved from Floor of Stable Containing Editing Machine also offers excerpts from some of the most memorable scenes in Borat 2, as well as footage from some of the most dangerous situations on makeshift filming locations. All three parts can be watched on Amazon Prime.

The first part – VHS tape, contains a 24-minute selection of unbroadcast footage from the film, which focuses on surreal porn animation for Melania Trump’s fabulous meeting with her future husband. The second is Borat’s American Lockdown, a 40-minute scene that builds on what has already been seen on screen – Borat in the company of two conspiracy theorists Jim and Jerry, who believe that Hillary Clinton drinks baby blood. The third part, The Debunking of Borat, provides short excerpts in which experts talk to Jim and Jerry to try to convince them that some of the conspiracies they believe in are absurd. At one point, Hillary Clinton recorded a video message to the two to deny that she had ever drunk blood. Instead of challenging them or condemning their beliefs, she simply begs people to be more cohesive. Jerry responds to her call: “I still can’t stand her.”

Additional reports by Borat come after the success of the second film about the Kazakh journalist, nominated for many prestigious awards. Sasha Baron Cohen returns to the role, in some scenes Maria Bakalova also participates as Tutar – an image that brought her worldwide recognition and a nomination for a Golden Globe and Oscar. The film won critical acclaim, but additional footage from an already good film was completely unnecessary for its success, said Peter Bradshaw for the Guardian.

Newer PostIN THE PALACE Short Film Festival with its Booth in Cannes
Older Post No New Projects for Bulgarian Cinema in 2021?