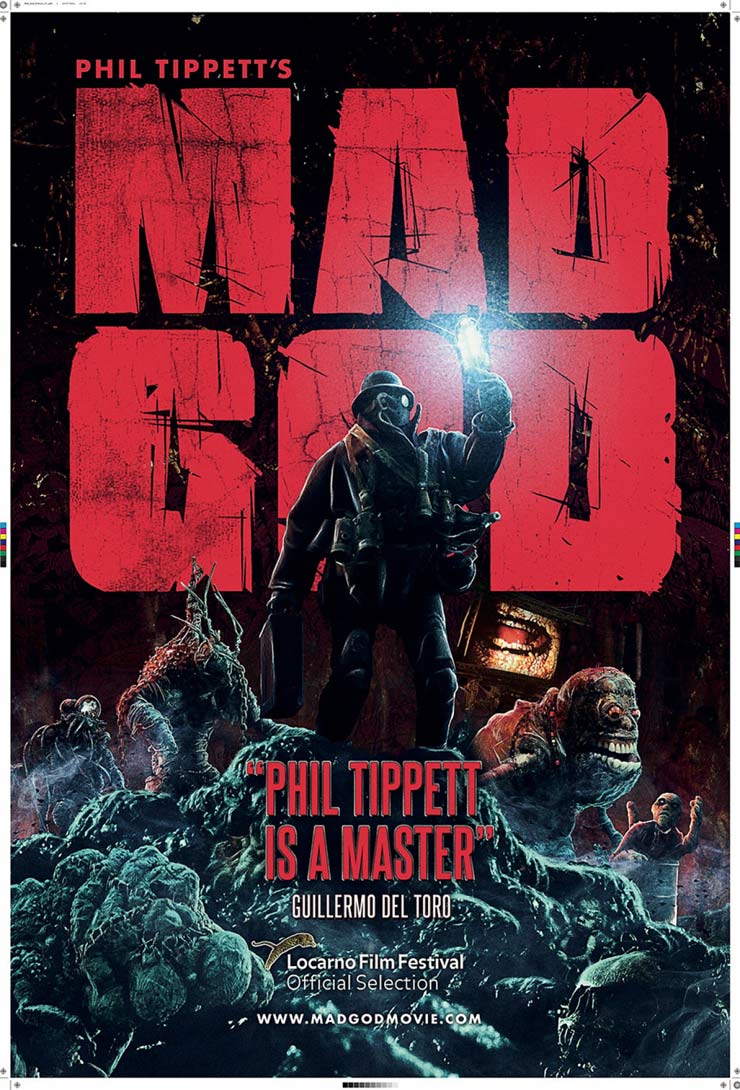 For many people, Phil Tippett is a living legend. His remarkable stop-motion creations inhabit films that deeply marked many people’s childhood – from the original Star Wars trilogy, through Robocop, Willow and Jurassic Park, to Star Rangers. For this reason, we are extremely excited by the fact that after a total of 30 years of development, his passion project “Mad God” has finally been completed and had its premiere at the Locarno Festival.

During the long years that Phil Tippett worked on “Mad God” (he first started filming after the completion of “Robocop 2” in 1990), he released part of the project in the form of short films and if you had the opportunity to see any of these, you know that Mad God does not have a traditional structure. Instead, as the official synopsis assures us, the film “invites viewers not so much to see how a story unfolds, but to be transported to a completely different world – of monsters and pigs – where the familiar forms of the story are simply hinted at, and the world which we inhabit can be seen as if through a prism combining Jerome Bosch and Buster Keaton.

If you’ve never watched parts of “Mad God” and are a little confused by the description above, watch the trailer and everything will become clear to you.

Great! We can’t wait to immerse ourselves in the world of Mad God. Even if it wasn’t for Phil Tippett, we would still want to see him. And no, we don’t need any traditional history – that’s exactly the kind of “visceral experience” we need. We have no hopes for cinema, so we hope that the film will appear as soon as possible for legal viewing online, and even better on physical media with loads of additional materials for its creation. So far there is no information about official distribution after the premiere in Locarno on August 5.