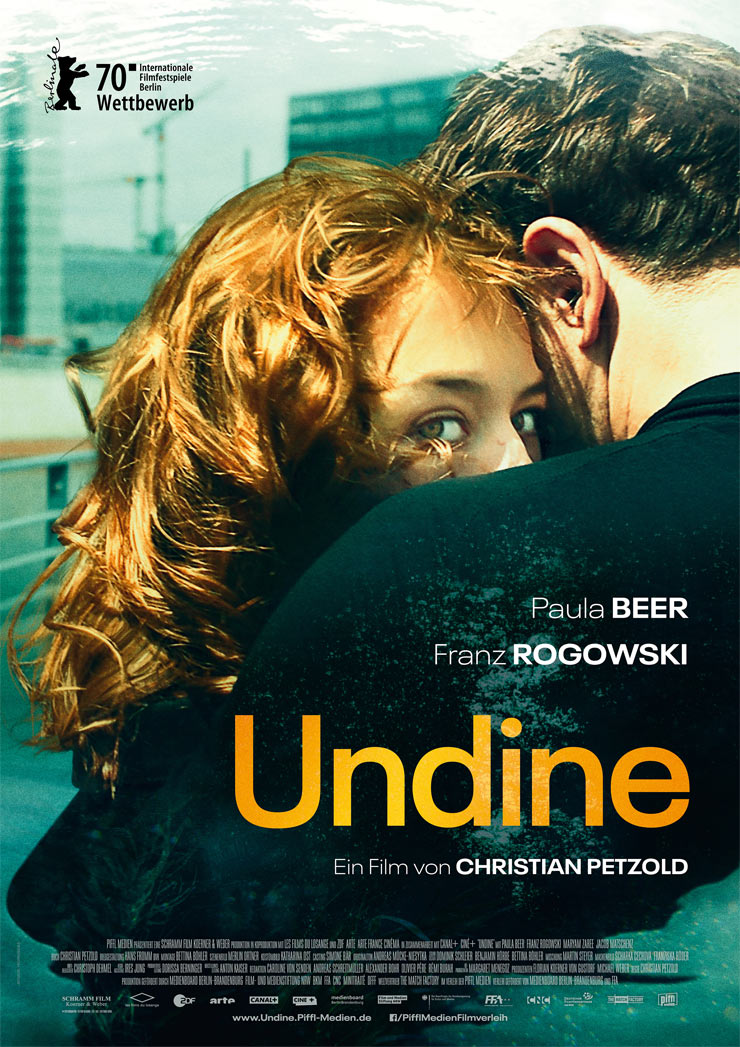 If anyone has any doubts about where exactly the two main actors in this trailer are known, it means that he is a totally, fanatically devoted moviegoer who has watched everything by Christian Petzold, including his previous film Transit, in which he casted again Franz Rogowski and the unique, beautiful and talented Paula Beer as they partnered on the screen. She has already received the Silver Bear for Best Actress in Berlin 2020 (the last festival held physically before the first, global pandemic lockdown) and the European Film Academy Award for her role in Petzold’s latest work, Undine.

More than a year after the premiere of the Berlinale, a trailer for Undine with English subtitles is already available online, and the film was presented to viewers in Sofia in March, in the 25th anniversary edition of Sofia Film Fest – it’s time for a new dose of charm.

Christian Petzold’s works are widely recognized in festival circles as extremely intriguing, unconventional and enchanting – stories in which the chosen plot of a certain era uses the characteristics of different genres – thriller, noir, spy or love stories, and intertwines them in an unusual and extremely delicate way. with details from the present. The result in the case of Undine is a kind of melodramatic and romantic story that radiates mystery and resembles a fairy tale. A figure from the European cultural tradition is used as a basis – the water nymph of the same name, who turns into a man the moment she falls in love with a man, but he is sentenced to death if he dares to cheat on her. Here is what the official synopsis of the film reads:

In his latest work, award-winning German director Christian Petzold recreates the ancient myth of a mysterious water spirit that exists in the modern world. Undine is a historian and works as a museum guide in Berlin. Not only does she know everything about the Humboldt Forum, but she is always dressed appropriately. Her beauty is carefree, and the way she presents her knowledge of the city built on a swamp is as professional as it is unobtrusive. However, her gaze sometimes bounces back to the cafe in the courtyard of the City Museum to see if he’s there, if he’s still there, if he’s there again. He. But Johannes leaves, leaves her, and Undine’s world collapses. The magic is gone.

“Petzold confidently rethinks the legend through his own cinematic vision, in which precise everyday gestures are combined with ghostly hyperrealism. The story of a doomed love is told beautifully and effortlessly, “said colleagues from the Berlinale.

The mentioned Paula Beer and Franz Rogowski, as well as Mariam Zaree, Jakob Matchenz and others take part in “Undine.

For every movie buff in Bulgaria – if you missed the premiere meetings with Undine in March, you can still find the film in the upcoming festival programs in Plovdiv, Burgas and Varna, as well as in the special festival weeks in Sofia in September. The premiere of Christian Petzold’s film will take place in the Netherlands at the end of May and in the United States in early June, and will soon be shown in Bulgaria, on the big screen in cinemas, after the festival screenings.