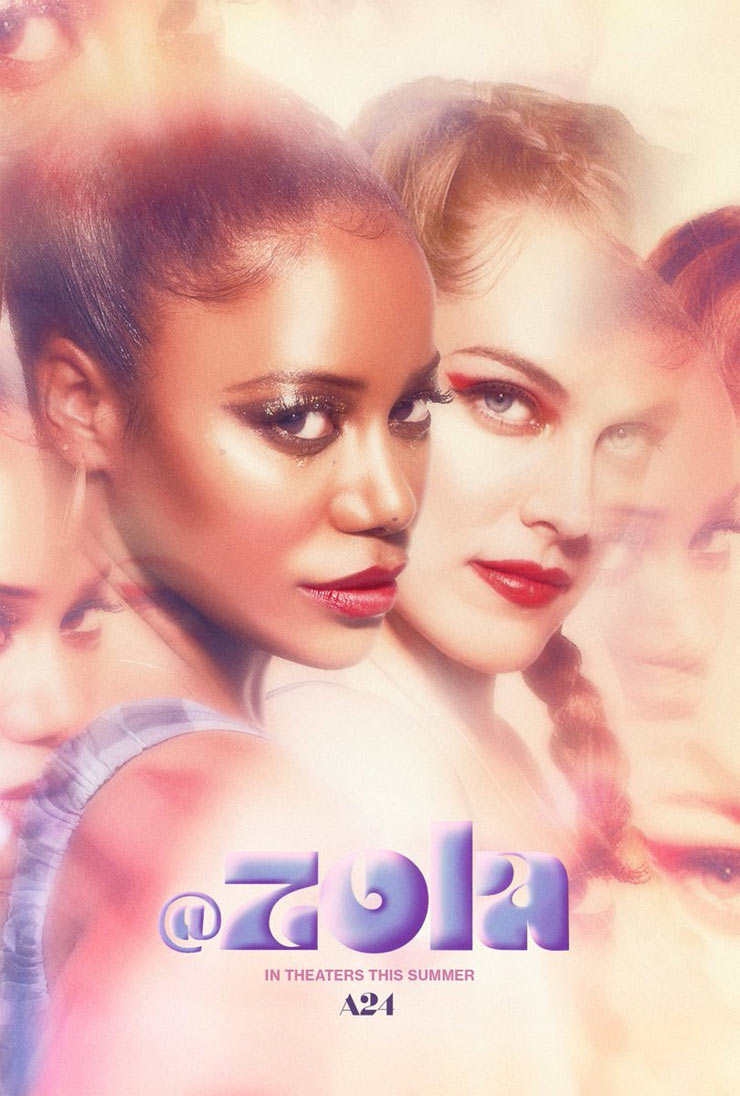 What a time we live in! Once upon a time, movies had two options – to be based on an original script or adaptations of books, but now the possibilities are endless – movies are made from comics, podcasts, fiction and obviously from “threads” on Twitter. And although it seems as if Hollywood, despite all this variety of opportunities, more often chooses to redo old things, here we still have the opportunity to watch from time to time and more unusual projects, not surprisingly thanks to our favorites from A24.

Janicza Bravo’s long-awaited film Zola, which debuted last year at Sundance and became a hit among critics there, has finally received a trailer and a premiere date. Adapted from the long-lost series of tweets by A’zaya King, Zola tells the story of a waitress from Dallas who goes on a wild trip to Florida with her new girlfriend and, as we see from the trailer, the story will be not only about the trip, but and for a failed friendship, betrayal, and generally for chaotic bitches.

“Do you want to hear the story of why this bitch and I fought here? The story is long but full of tension. “

From the first moment to the last, everything in this trailer entertains us immensely. We don’t usually see a lot of movies where the “chaotic bitches” are at the center of the story. We may only remember the acclaimed Hustlers last year, but even there, the film kept trying to justify its characters and show how good people they really are, despite their crimes. Here, however, it seems that the main characters are left to be really as chaotic and as bitches as they can be, and the film itself draws on a handful of the chaos they create with each other and with other people.

Uncompromising stories that are not ashamed to be what they are, but show us something different have always been our favorite, and we are definitely keeping our fingers crossed that Zola will turn out to be just as wild and fun as the trailer looks. If our expectations come true, we have no doubt that Janicza Bravo’s next project will also be successful, as Jake Gyllenhaal will play the virtually male equivalent of a chaotic bitch.

The premiere is scheduled for June 30.