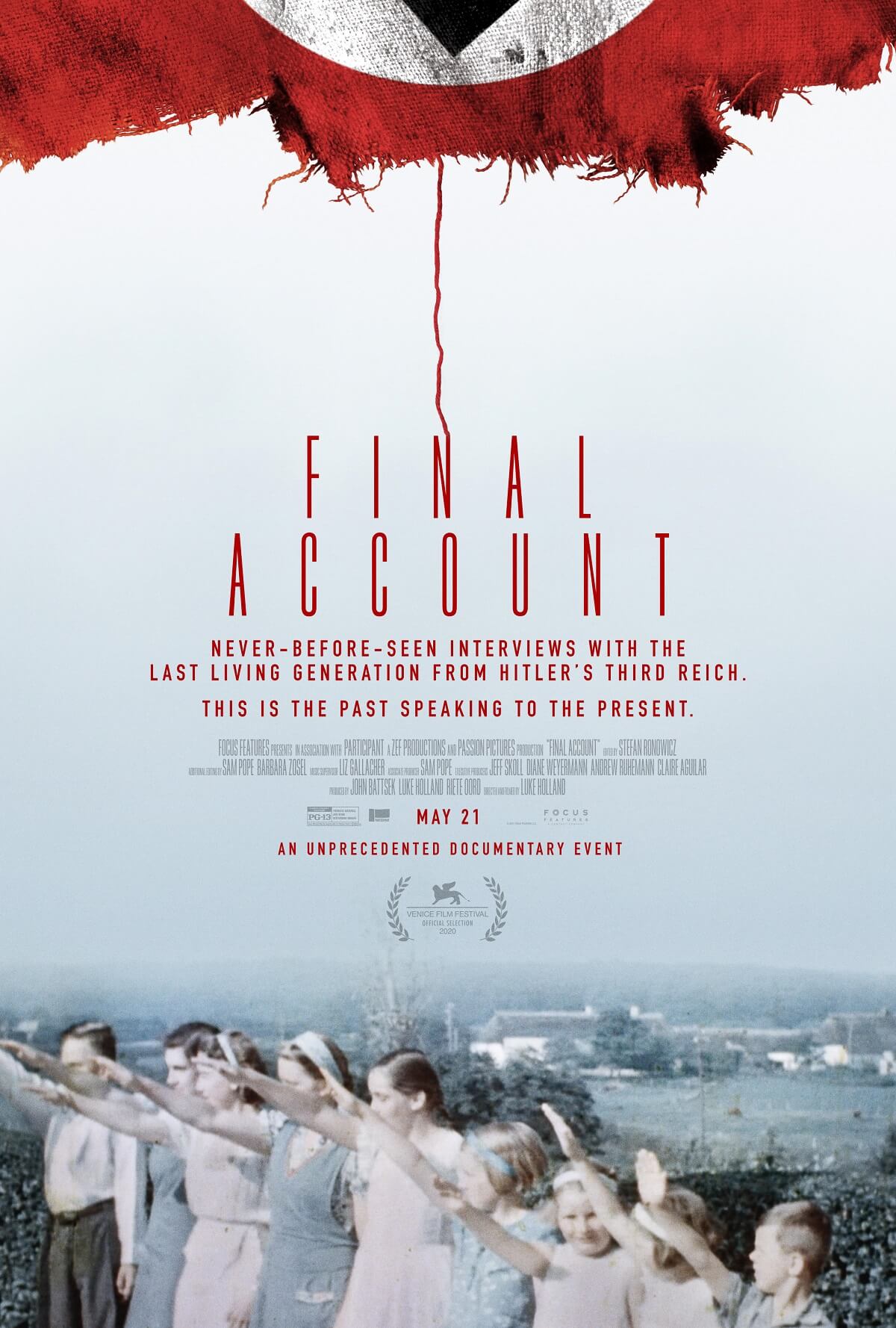 Trailer for the Fascinating Documentary Final Account by Luke Holland

As much as we don’t like the announcement of characteristics and summaries in a solemn voice, we would like to bring to your attention the trailer for the documentary Final Account, presented in Venice last year. We admire the persistence of its authors and their persuasiveness – we are sure that it was extremely challenging to persuade elderly people to stand in front of the camera and express their remorse aloud. Because among the archival footage in the reproduction of the indescribably cruel picture of the past are included direct nazi participants in the Third Reich of Adolf Hitler.

Final Account is a portrait of a passing generation that probably wants to confess before leaving this world.

Among the countless films about the Second World War, the rise of the National Socialists, the Holocaust and the survivors of the death camps, we have so far not come across a documentary that includes personal confessions of people directly involved in the Third Reich. Most likely, they were part of the Hitler Youth and were an active part of imposing the plan of their leader and inspirer to achieve a “pure German race” and its “supremacy” over other people on the planet.

Final Account is the work of director Luke Holland, who unfortunately passed away in 2020 before the film appeared before the public. His filmography also includes Good Morning, Mr. Hitler and I Was a Slave Laborer, dedicated to Nazi Germany and World War II. Created over a decade, Holland’s latest film raises extremely topical questions – about authority, obedience and reconciliation, complicity in crime, national identity and responsibility. They are answered by a wide variety of people – from SS participants to citizens who share memories, perceptions and assessments of their involvement in the most heinous crimes in human history.

Final Account is scheduled to be released in cinemas on May 21, 2021.