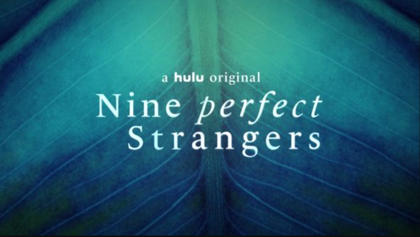 During the Oscars, there didn’t seem to be enough famous actors on TV, and Hulu was well aware that it was the perfect time to release the first teaser of their new mini-series, Nine Perfect Strangers. If someone was absent from the ceremony, it is almost certain that they would appear in this impressively crowded cast.

The story of Nine Perfect Strangers follows a group of strangers, stressed by their busy lives in the big city, who go on a ten-day vacation in the resort of the eccentric “healer” Masha, played by Nicole Kidman. The heroine visually reminds us of Galadriel, and this makes it even easier to get scared of the way she whispers instructions to people to “surrender” into her hands in order to heal. Her hotel guests include Melissa McCarthy, Luke Evans, Bobby Cannavale and most importantly – our big favorite Michael Shannon.

The story of the mini-series has been adapted from the eponymous bestseller by Liane Moriarty, and this is the second adaptation of her book, in which Kidman participates after Big Little Lies. Since this series was also created by David E. Kelly, for whom this is the third consecutive collaboration with Kidman, we can already see that this is a playful team that has proven itself to us. They have experience of delivering quality TV with engaging plots and multi-layered and interesting characters. All this, combined with the impressive cast and the story of a quasi-sect that we love so much, makes us think that Nine Perfect Strangers could be a great new series to discuss long after it comes out.

The trailer looks quite promising to us, precisely because it didn’t show much, except for Kidman’s disturbing heroine, and only foretells the horrors that will happen to the characters in this resort where they are supposed to be treated. Especially the shot in which the group lies in their own graves is more than terrifying, although it is soaked in daylight and will obviously be an exercise in which they engage – the contrast quite tempts our curiosity.

No release date has been announced yet, but Hulu promises it will be soon.