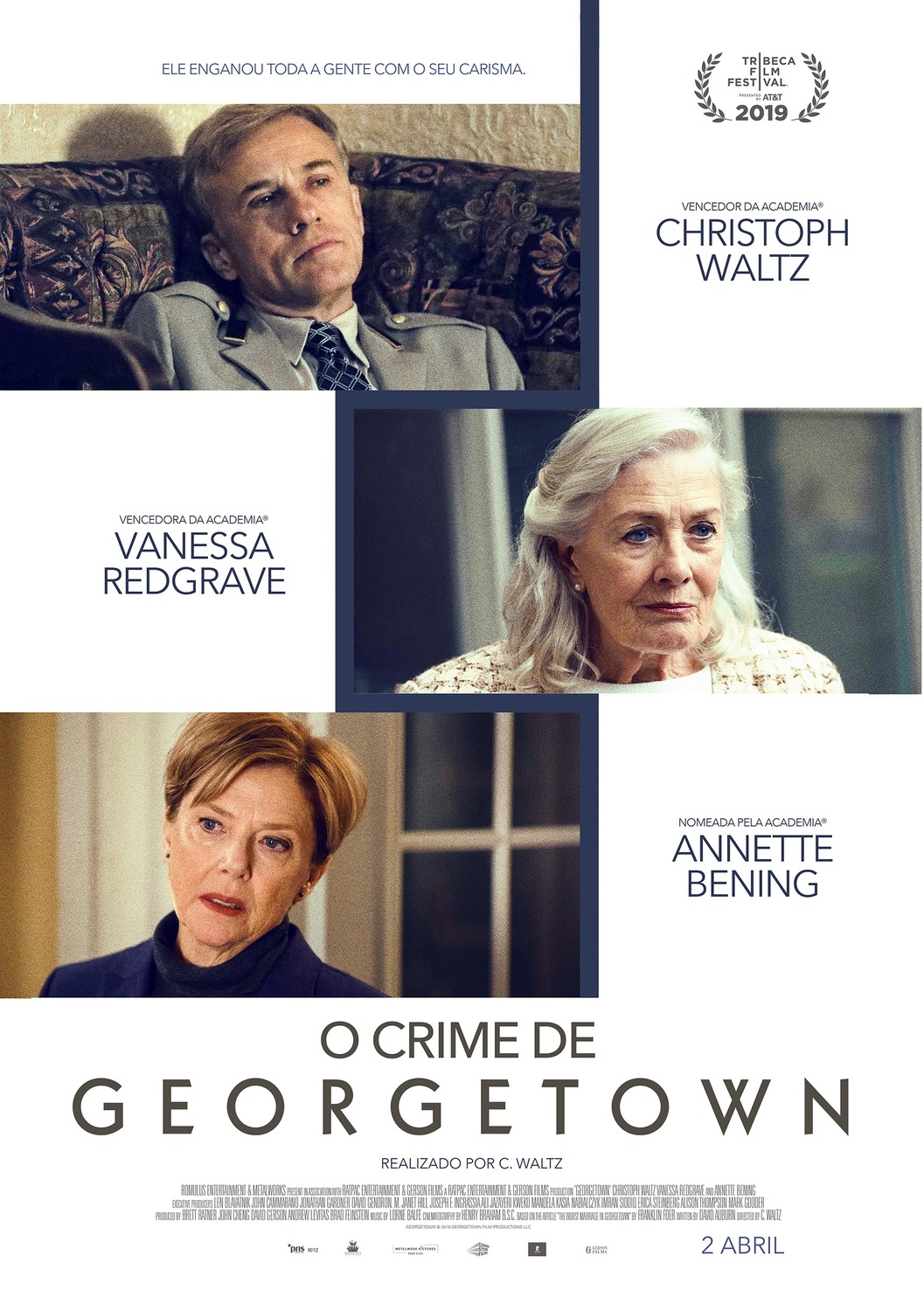 We suspect that behind the seeming game of cat and mouse in the dignified golden age, in which the heroine of the legendary Vanessa Redgrave is and which is approached by the hero of Christoph Waltz, there are many more interesting details that can not be presented at first glance of Georgetown. As we have already mentioned, this will be the directorial debut of the great Austrian actor, whose appearances in cinema we adore from the moment Tarantino “recruited” him for Inglorious Bastards.

In Georgetown, Waltz has partnered with and directed not only Lady Redgrave, but also Annette Benning, who plays the daughter of the former widow and naturally “sees through” her mother’s new husband’s plans. To what extent?! See if it becomes clear to you from the trailer.

Perhaps the strangest thing is the fact that the story on which David Auburn’s screenplay was based was described by Franklin Faure in an article in the New York Times magazine and is quite real – the main character is Albrecht Muth and there really is a wedding, a murder and fraud. The trailer for Georgetown presents the ambitious “climber” in the social ladder Ulrich Mott, who is courting the aging Elsa Brecht and marries her, despite the disagreement of her daughter Amanda. After Elsa’s death, Ulrich suddenly becomes the prime suspect in the murder and (we will expect to) demonstrate a serious behavioral transformation.

Enigmatic, charismatic, super-charming, but also stubborn, sinister, threatening – Christoph Waltz can become any image and it is no coincidence that he has won Oscars, Globes and BAFTA awards for both of his Tarantino roles! Georgetown is produced by Brett Ratner, John Chen, David Girson, Andrew Levitas and Brad Feinstein.

The premiere of the film is expected to be on May 14, 2021 in selected cinemas, and from May 18 it will be available on the channels of VoD and Paramount Home Entertainment to meet the colorful characters at home.