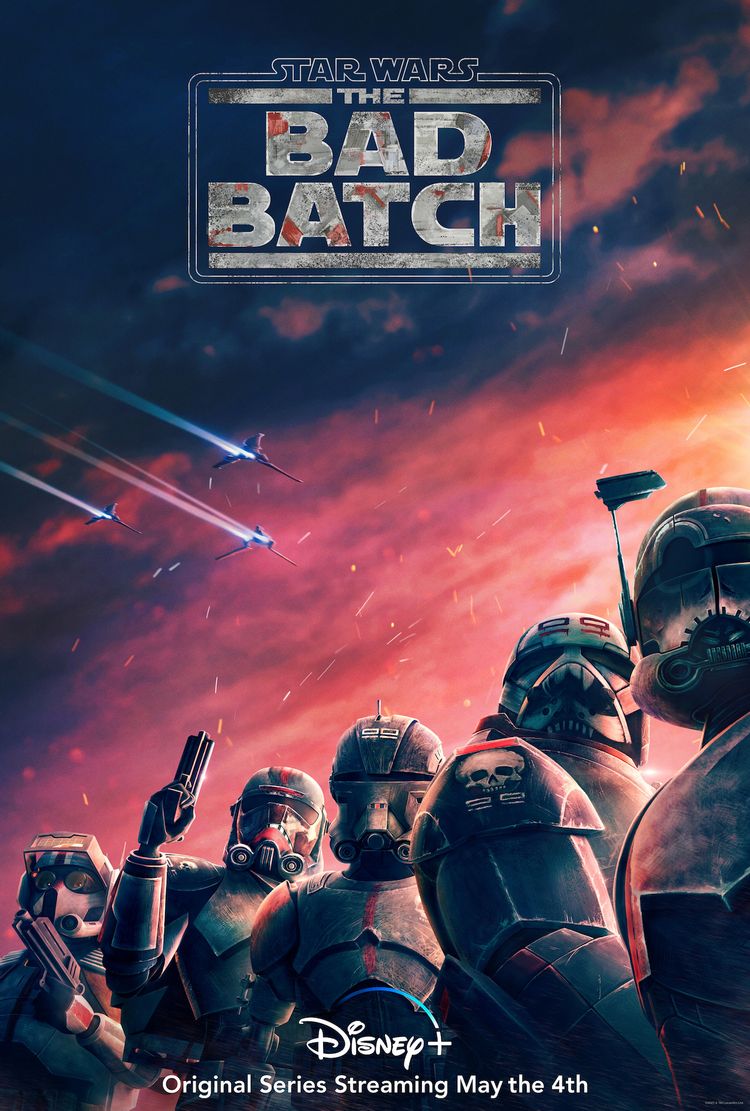 Trailer and Poster for the New Animated Series Star Wars: The Bad Batch

It’s been several months since the massive update of Disney + / Lucasfilm’s expansion plans in various directions, and it’s time for a little more information about the intriguing “bad batch” of clones that will be in the upcoming animated series Star Wars: The Bad Batch. The non-standard, elite-experimental clones were first introduced in The Clone Wars. Each of the members of this special group of stormtroopers has some exceptional quality and this makes them super-effective soldiers who are looking for their way, maneuvering between Palpatine, transforming the government into an empire, Admiral Tarkin and all the “extras” given to them by the rapidly changing galaxy.

The “Clone Force 99” squad was created in order for the perfect soldiers in it to act in sync and be able to make their own decisions. A slight mutation in these clones gives them an extra quality – they can disregard direct orders, which is not to the liking of the newly formed Empire and especially of our beloved, almost mummified admiral. It is voiced by Stephen Stanton, and the voice of Fenech Shand, known from The Mandalorian, will be Min-Na Wen. The Star Wars: The Bad Batch trailer features five of the stormtroopers – Wrecker, Tech, Crosshair, Hunter and Echo, all speaking in the voice of Dee Bradley Baker – yes, we have not forgotten that they are clones, we just wonder whether they paid the actor a fivefold fee.

Following the success of The Mandalorian and the (eagerly awaited) Star Wars: Obi-Wan Kenobi, Disney’s new pacifier will appear on the streaming channel on May 4, International Star Wars Day, with a 70 -minute episode; then every Friday will present a new episode to the fans. Let’s see what the response will be to this animated adventure.