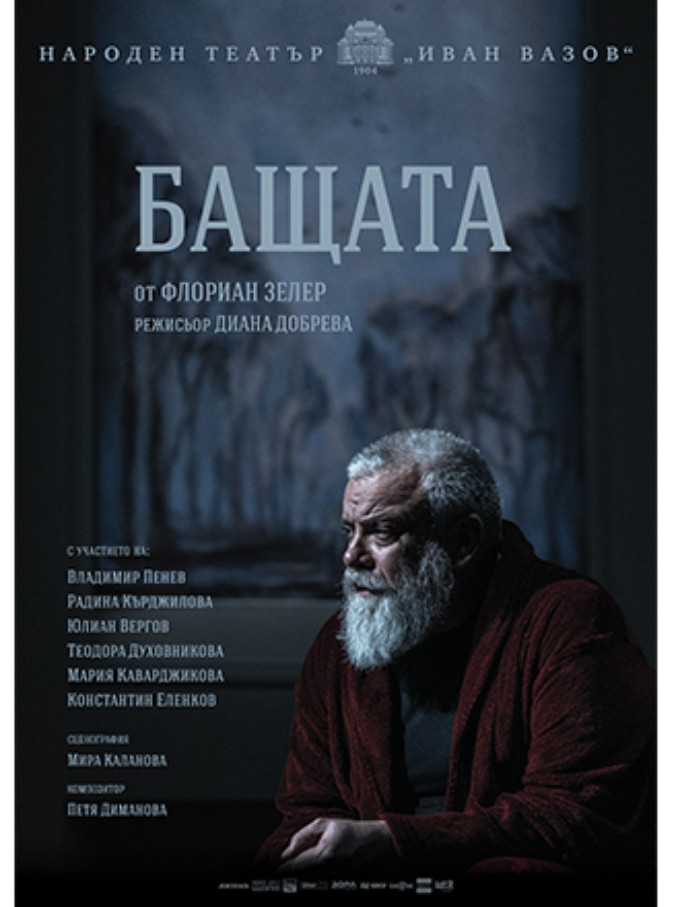 Today THE FATHER Comes To National Theatre in Sofia

The Father by French playwright Florian Zeller comes to Bulgaria’s National Theatre beginning October 31, 2018 on select dates through December 31, 2018.”Father” is an absolute hit on the theater stages of New York, Paris, Berlin and London.

The virtuous storyline follows the character of André / Vladimir Penev / into a world of multiple identities. In front of the viewer, the labyrinth of human memories and emotions constantly complicates its codes, moves its rescue exits with the tension and atmosphere of an exciting thriller and absurd comic situations.

With every action, Ana / Radina Kurdzhilova /, Pierre / Julian Vergov /, Laura / Theodora Duhovnova / The Woman /Maria Kavardzhikova/ and the Man /Konstantin Elenkov/ take in unfamiliar orbits, change their biographies, expose new versions of what is happening around them. And so in Andree’s apartment is seen a slow overlapping of the unknown until the end when surprising truth breaks out.