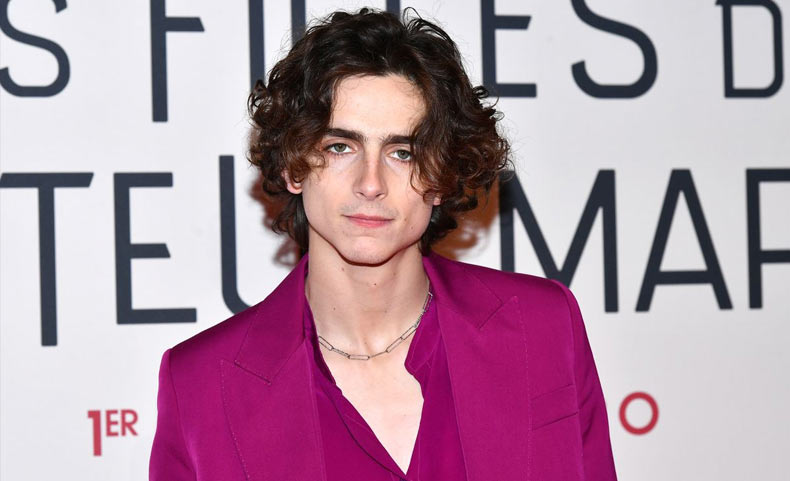 Timothy Chalamet will be the New Willy Wonka

New times – new characters, right ?! That is, the characters are not new, but the actors who enter the image are more attractive, familiar and intriguing to the audience in the XXI century. Hardly any young man will be looking for Gene Wilder out of curiosity about what Willie Wonka looked like exactly 50 years ago, and Tim Burton’s interpretation of Johnny Depp in this role is already 15 years old – time for a “fresh” addition to the collection and Warner Bros. in partnership with Roald Dahl Story Co. work seriously on the issue. The choice has been made – the role of the famous master of chocolate will be played by the audience’s favorite Timothy Chalamet.

“Wonka” will be a new film that will follow the adventures of Willie before the moment with the opening of the magnificent delicacy factory that makes him so famous. As already mentioned, the film will be directed by Paul King (“Paddington”), who has completed the latest version of the film’s script, along with Simon Furnaby. Among the producers of the project is David Hayman (the Harry Potter series) through Heyday Films, along with Luke Kelly and executive producer Alexandra Derbyshire.

The main difference between the future film and its predecessors in the past is the fact that there will probably be no five children to make a “test” tour of the factory, but it is expected that several musical episodes will be included, in which Chalamet will demonstrate for the first time. on the big screen his ability to sing and dance. It is clear why the authors of this project begin to tell the story of Willie from the time when he has not yet created a kind of “paradise” for children – putting Chalamet in the lead role, they may hope to form a series that will bring them “glory and wealth. ” Timothy has the necessary potential – it remains for the stories created by the author’s team around the famous book by Roald Dahl to be fascinating enough to become expected sequels.

We haven’t forgotten about Netflix’s ambitions for Roald Dahl’s “legacy”, as our crazy pet Whitey wants to make animated series – one in the image of “Charlie and the Chocolate Factory” and the other – in the world of Umpa-Lump who will ever get away with these projects!