Theo Ushev will Lead the Jury at Sofia Film Fest 2021

Theodore Ushev is one of the most influential animators in the world for the past 25 years according to an international vote at the prestigious festival for animation (Animac) will be chair of the International jury which will select the best films from the International competition for the first and second film as well as the Competition for Bulgarian short film at the 25th edition of Sofia Film Fest.

Svetla Tsotsorkova who is the director of The Sister, last year’s winner at the festival, will also be part of the jury. The other three members are Russian director Ilya Khrzhanovsky, Hungarian director, actor and producer Szabolcs Hajdu and North Macedonian actress Natasa Petrovic. 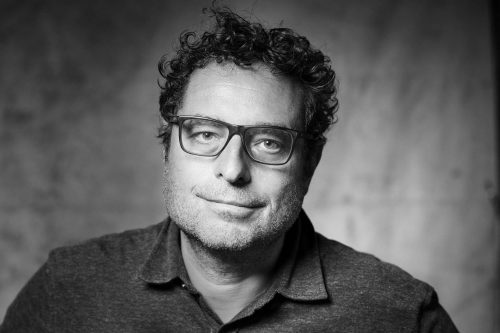 Theodore Ushev (Canada-Bulgaria) is a multidisciplinary artist, director and graphic designer. In the last 15 years, he has worked for the National film council in Canada. Currently, he is working on his first full-length film — the science-fiction dystopia φ1.618, based on the novel Spinning Top by Vladislav Todorov.

Selected works of Theodore Ushev like the Blind Vaysha and The Physics of Sorrow (both based on works by writer Georgi Gospodinov will also be presented at the 25th SIFF. 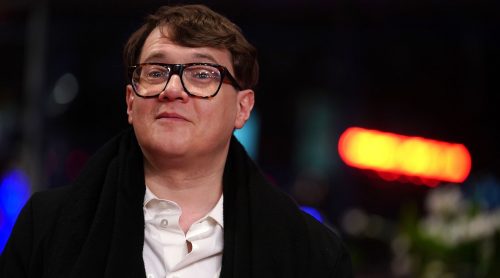 Ilya Khrazhanovsky (Russia) was born on 11th August 1975 in Moscow. He graduates from the prestigious Gerasimov Institute of Cinematography. His big breakthrough comes with the film 4 from 2005. It’s rebellious and innovative and gets international recognition as well as awards from the festivals in Rotterdam (Grand prize), Antalya, Athens, Buenos Aires, Sochi, Transylvania and others, plus a nomination at the European Film Awards.

The spectacular multidisciplinary project DAU by Ilya Khrazhanovsky was announced at the second Sofia Meetings in 2005.  At the beginning of 2019, a part of the interactive experience took place at two Parisian film theaters. DAU features full-length films, experimental visual projects and art installations. The audience got personal “visas” and was accompanied by a smartphone tour guide.

The film DAU. Natasha was selected for the main panel of Berlinale 2020 and was awarded a Silver Bear for cinematography. The Director of photography and Lighting designer was Jurgen Jurges who has worked together with Wim Wenders.

The whole project is dedicated to the life of Soviet physicist and Nobel Prize winner Lev Landau (1908-1968). The concept behind the film is to portray the totalitarian regime in the Soviet Union during Stalin’s reign and after in an authentic and artistic way.

DAU is a semantic code for Landau’s secret scientific institute. The films come to life in a radical cinematic language where the lines between fiction and documentary are blurred. Most actors are not professionals and many of the roles are played by actual scientists, there’s even a former KGB investigator who acted as himself. Filming spanned over 10 years. It’s an ambitious project that completely changes the way cinema is made. It’s filmed without interruption, day and night in a specifically constructed set building that reimagines the atmosphere of a past era called the Institute in Kharkiv. It’s like an alternate reality. DAU. Natasha is part of the official program of the 25th SIFF. 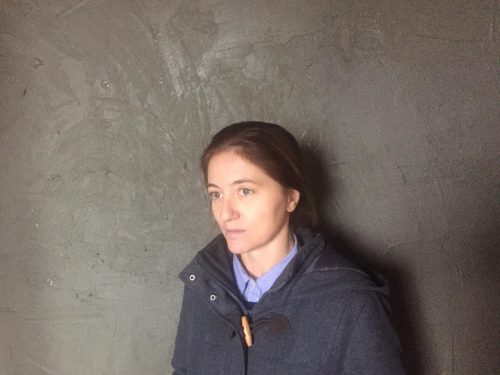 Svetla Tsotsorkova (Bulgaria) is a screenwriter, director and producer. She wins the Jameson award with her first short film

Living with Sofia at SIFF 2004. The film was presented at the Critic’s Week at Cannes as well as the festivals in Karlovy Vary, Triest and others. Tsotsorkova has acted in the shorts Omelette (1996) and Second Take (2010) by Nadezhda Koseva, Sand Clock (1999) by Georgi Dyulgerov. Her debut full-length feature film Thurst is part of the program New Directors at the 63rd edition of the festival at San Sebastian in 2015. The film is part of more than 60 international festivals and wins more than 10 awards. Thrust was nominated in the Discovery category at the awards of the European Film Academy in 2016. The international premiere of her second feature film Sister is again at San Sebastian in 2019. A month later it won the Grand prizes from Cottbus and Skopje and SIFF 2014. Tsotsorkova also has experience as a producer. 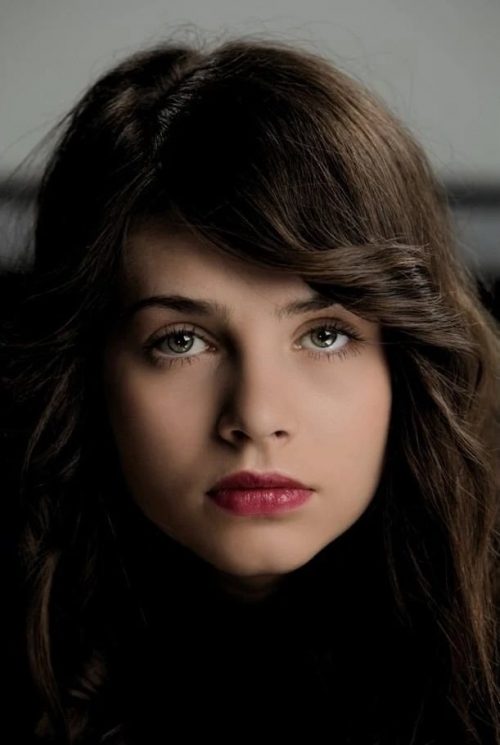 The actress Natasa Petrovic was born in Stip, North Macedonia in 1988. She studies acting at the Art and Drama Faculty in Skopje and in 2010 joined an independent Macedonian theater — Theatra. She started her career in the role of Dea in Shadows by Milcho Manchevski, a film that premiered in Toronto in 2007 and was shown at SIFF 2008. In 2009 she got the main part in Juanita Wilson’s feature debut As if I am not there, it premiered in Sarajevo and what followed was a significant number of international awards for her performance. In 2011 Natasa Petrovic was selected to be one of the European stars on the Shooting stars platform at the Berlin film festival. Natasa Petrovic gets the main part in Elixir, shot in Berlin and directed by Brody Higgs; she plays the part of Ines in the film I am a witness by Mitko Panov where she works together with legendary German actor Bruno Ganz. In pandemic struck 2020, the Macedonian actress is in Simply People by director Igor Ivanov-Izi, a Bulgarian co-production which is in the official program of the 25th SIFF. 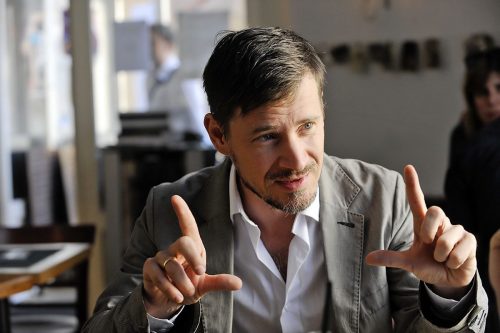 Szabolcs Hajdu was born in 1972 in Debrecen, Hungary. Studies theater and cinema at the Budapest University, he performs as an actor and starts work as a director. In 2000 he directed his first full feature film Sticky Matters and in the following year, it got the award for best debut in Hungary and the special jury’s award at the Molodist festival in Kyiv. Hajdu’s big breakthrough came in 2006 in Cannes with the premiere of his third film White Palms which also won an honorary diploma at Karlovy Vary and four awards at Hungarian film week. In 2010 he released Bibliothèque Pascal and got two awards from Sarajevo — Cineuropa and C.I.C.A.E., as well as the big award for best film of the year in Hungary. Some years later he created It’s Not The Time of My Life, a small budget film with the participation of his family that got significant success at Karlovy Vary festival — Crystal globe award for best film and the director who also acts in the main role gets the award for best actor. Szabolcs Hajdu will present his latest film The treasures of the city at the 25th SIFF.