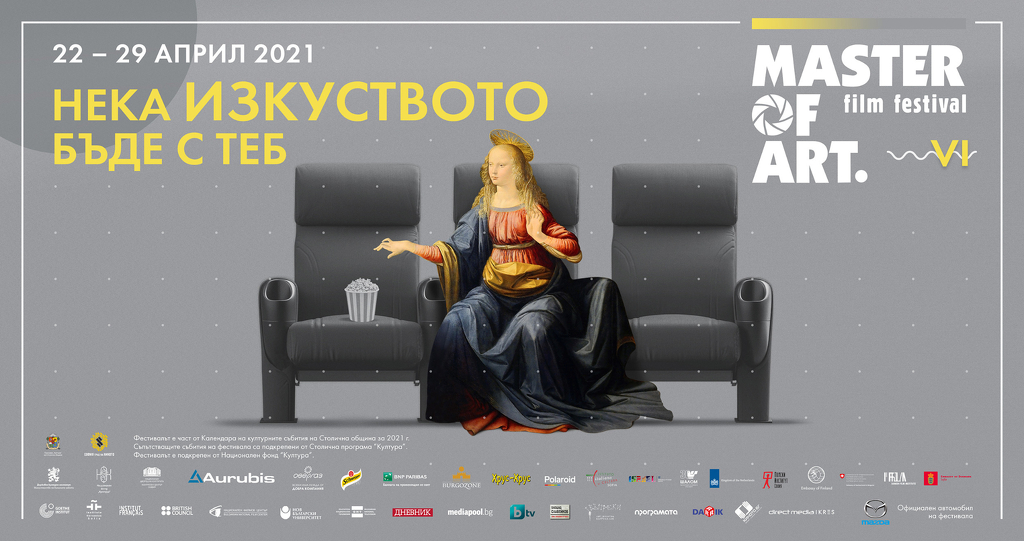 The Spring Edition of the MASTER OF ART Festival has Started

A Bulgarian film about the creation of medals and a film about the cult photographer Helmut Newton open the spring edition of MASTER OF ART on April 22, 2021 in the Lumiere cinema.

The Art Documentary Film Festival, whose traditional partner is the National Palace of Culture, is preparing for its spring edition. In the period from the 22nd to the 29th of April 2021 in the art cinemas of Sofia moviegoers will be able to watch 18 new full-length and 4 short films, included in the MASTER OF ART. Among the selected films there are 5 Bulgarian titles. The preliminary sale of tickets for the screenings at the Lumiere cinema has already started at the ticket center of the National Palace of Culture and online at www.tickets.ndk.bg.

Traditionally, the first screening is with a Bulgarian title. The Medal is a short documentary by the young director Slav Velkov, which introduces us to the history, process and meaning of creating artistic medals. This will be followed by the exclusive screening of the documentary “Helmut Newton: The Bad and the Beautiful”. In the film, the stars of Newton’s iconic portraits and influential fashion editors finally show their interpretation of the life and work of this provocative genius. The film is presented with the support of the Goethe Institute Bulgaria.

Fans of architecture will be able to enjoy exceptional films about exceptional architects. Frank Lloyd Wright: The Phoenix from the Ashes – A film about the exciting life of the most famous American architect, which shows for the first time many unknown shots. Alvar Aalto presents the love story of Alvar and Aino Aalto – the Finnish masters of modern architecture and design, a fascinating journey through their creations and their influence around the world.

The spring edition of the Master of Art Film Festival will present to the audience two exciting films about two Nobel laureates in literature.

Tony Morrison: The Pieces I Am is a film about the first African-American woman to win the most prestigious award for literature, for her life, works and the powerful themes she has encountered throughout her literary career. Hermann Hesse. Flaming Summer tells of perhaps the most fruitful period in Hesse’s life – his stay in Ticino.

Unusual look at Van Gogh’s work, Vermeer and Karachi offer three films on fine art – Van Gogh and Japan tells about the influence of Japanese culture on the works of the great artist. Another Dutch artist is at the center of the film Vermeer’s Hat – The World in a Picture.

Karachi – The Quiet Revolution tells how the Karachi family revolutionized the way of painting, leaving a trace in the history of world art.

Among the Bulgarian titles included in the Master of Art program stands out Vilma Kartalska’s film My Gypsy Way – an inspiring story about the path of the first Roma graduate in Bulgaria – Natalia Tsekova.

On the eve of Easter, the audience of Master of Art will be able to peek into the secrets of the Church of the Holy Sepulcher through the film There is no other such place.

Fans of contemporary art will be able to enjoy an inspiring inside look at the impressive art of the annual Nevada Desert Festival through the film Burning Man: Art on Fire.

The film Imaging is a real investigation into a shared foreign art identity.

Traditionally, the Art and Power category is supported by Overgas. In this category can be seen The Colossus of Prora – an aesthetic story of the longest building in the world. Built in the years of the Third Reich on the idea of ​​Hitler himself, after the war the building became one of the largest barracks in the GDR, completely abandoned for years after the unification of Germany. The film tells more than just the story of these historical transformations – from Hitler through Honecker and the Cold War to the present day.

Another film that deals with the relationship between power and art is Gianni Berengo Gardin’s Tale of Venice – A film about the controversial exhibition of the Italian photographer, which provoked debates, protests and an international response. Events that led to tensions over the impact of cruise ships over Venice.