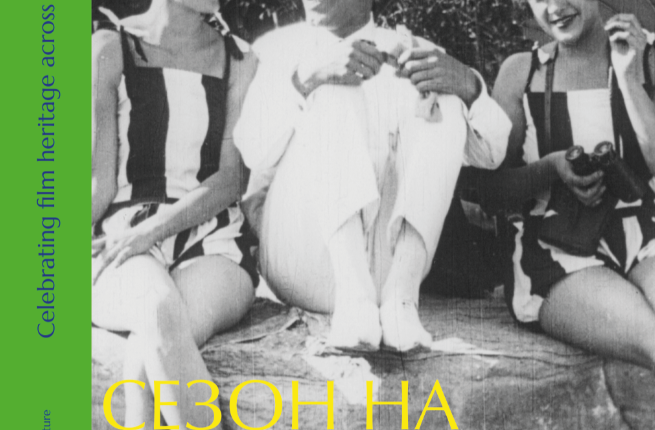 The initiative of the Association des Cinémathèques Européennes brings together 22 institutions from all over Europe dedicated to the idea of ​​preserving the audiovisual cultural heritage. The classic film season is financially supported by the EU’s Creative Europe Program. The selection, which the Bulgarian National Film Archive will present to its virtual audience, together with the visitors who will be present live at the Odeon Film Library, is entitled “Summer in Old Bulgaria”. We offer four archival documents, which with a dose of humor present the life of the interwar period in the country.

With a series of freely available online and face-to-face screenings programmed between December 2020 and June 2021, contemporary audiences have the opportunity to see prominent titles in European cinema history, along with lesser-known treasures on tape, presented in digitally restored copies. By design, all screenings should take place in the movie theaters of the respective film archive with free admission. Ongoing anti-epidemic measures require parallel online screenings free of any restrictions, thus providing the rare opportunity for these films to reach a more global audience.

The aim of the project is to give direct access to the fruits of the work of European national and regional film archives on the preservation and restoration of audiovisual memory and its importance in cultivating habits for watching and perceiving archival films, on which the subsequent development of screen art is built.

The selection, which the Bulgarian National Film Archive will present to its virtual audience, together with the visitors who will be present live at the Odeon Film Archive, is entitled “Summer in Old Bulgaria”. We offer four archival documents, which with a dose of humor present the life of the interwar period in the country.

The screening will take place on June 17, 2021 in the Odeon film library starting at 19:00 (maximum capacity with which the hall will work to comply with all anti-epidemic security measures: 80 seats. Free tickets can be received at the box office). The program will have a musical accompaniment performed live by Boyana Zhelyazkova (violin) and Yasen Obretenov (piano). The event with free admission will also be broadcast online on the YouTube page of the Bulgarian National Film Archive. The program “Summer in Old Bulgaria” will be available there until the end of June. 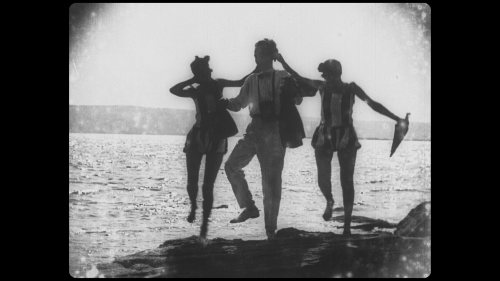 The feature film debut of Panayot Kenkov, a photographer-artist and pioneer of Bulgarian cinema, was released in 1926. The version, which will be screened in the program for the Classic Film Season, has been restored in 4K format in the digitization center of the Yugoslav Cinematheque.

Kenkov moved film production outside Sofia to his hometown of Varna and, along with other enthusiasts, founded the country’s first film club in the mid-1920s. In “Resort Dream”, the young rentier Zhezhi lives alone in his mansion, far from the noisy city. His daily life was disrupted by a letter received from Varna. His cousin invites him to spend the summer on the coast. Zhezhi falls asleep in dreams for the upcoming adventures, falls asleep and dreams a resort dream. 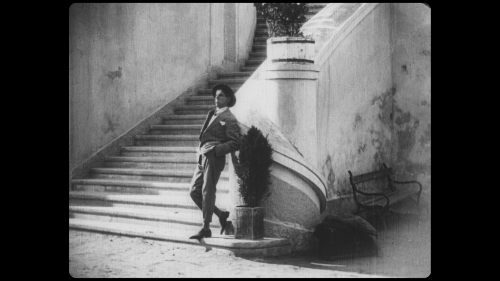 This is a film-boat trip along the Bulgarian Black Sea coast with stops in the ports of Sozopol, Nessebar and Pomorie, revealing the natural landmarks and beautiful landscapes of the seaside towns. From the Pomorie salt pans to the sea baths and the various activities of holidaymakers on the beach, “Our Sea” nurtures the love of our Black Sea coast and is the earliest preserved example of a Bulgarian film using cartoon animation.

At the summer bath in the village of Ladjene (today a district of Velingrad) a competition for “Queen of the beach” is held. It was won by 19-year-old Maria D. Ruseva from Plovdiv. In addition, jumps from the tower, the entertainment of young people by the pool, a competition for the most beautiful child – Svetla Pesheva from Sofia – and other attractive moments of the event are shown. 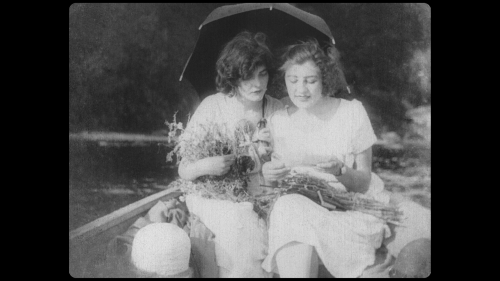 Advertising film about the Bulgarian beer Shumensko beer, showing manual and automatic washing of bottles, pouring beer, a bus decorated with the logo of Shumensko beer, circling the streets of Pazardzhik and various scenes of how to drink beer, garnished with advertising verses.