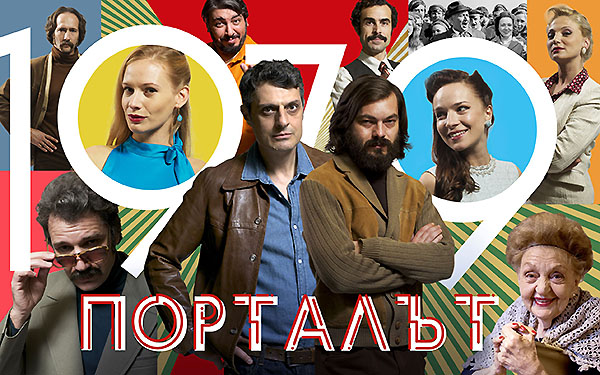 The Portal is Available Online until June 20

The premiere broadcast of the TV series The Portal on BNT 1 ended on June 6. The last 6th episode of The Portal is now available on the BNT website and fans of the production will be able to watch it until June 20, 2021, after that the series will be taken down so that it can be offered on other TV channels in the country and abroad.

Of course, there will be reruns on public television.

The broadcast of each of the series on national air was followed by online premieres on BNT’s official YouTube channel. So far, the series has been seen hundreds of thousands of times on the Internet.

The Portal provoked many reactions on various platforms and social media. The positive attitude of the spectators stands out. There were many discussions – whether the prices of the products in the groceries and the colors of the police uniforms are accurate, whether the “Egg” worked in 1979. The series has certainly raised the bar high, after such precision follows the small deviations in the reproduction of the past.

The very name Portal has become a household name for time travel, especially in times of difficult travel. In just a few weeks, the series created its own space in the urban environment of the capital. BNT and executive producer Miramar Film received hundreds of inquiries, including whether there would be a second season; where exactly are the locations where key scenes were shot.

The interest of students in 137 classrooms at Sofia University, where the historic walled balcony – a portal of time, is really located, is much greater than usual. Penetration into the long-closed Egg Club in the same building has also become fashionable for photo shoots and personal selfies. And singer Marieta Petrakieva chose the locations of the series to create a parallel story related to the film in the video for her new single “Mystery”.

One of the songs from the series, which is performed in a new arrangement by Maria Ilieva, came out as a single with a specially shot video. In just ten days, “Stay Tonight” to music by Rafi Zhamakortsyan and lyrics by Damyan Damyanov has exceeded one hundred thousand views on YouTube and enjoys extremely positive comments. The song is played on radios focused on Bulgarian music and is available on all online music platforms.

Whether there will be a second season of the series remains to be seen.