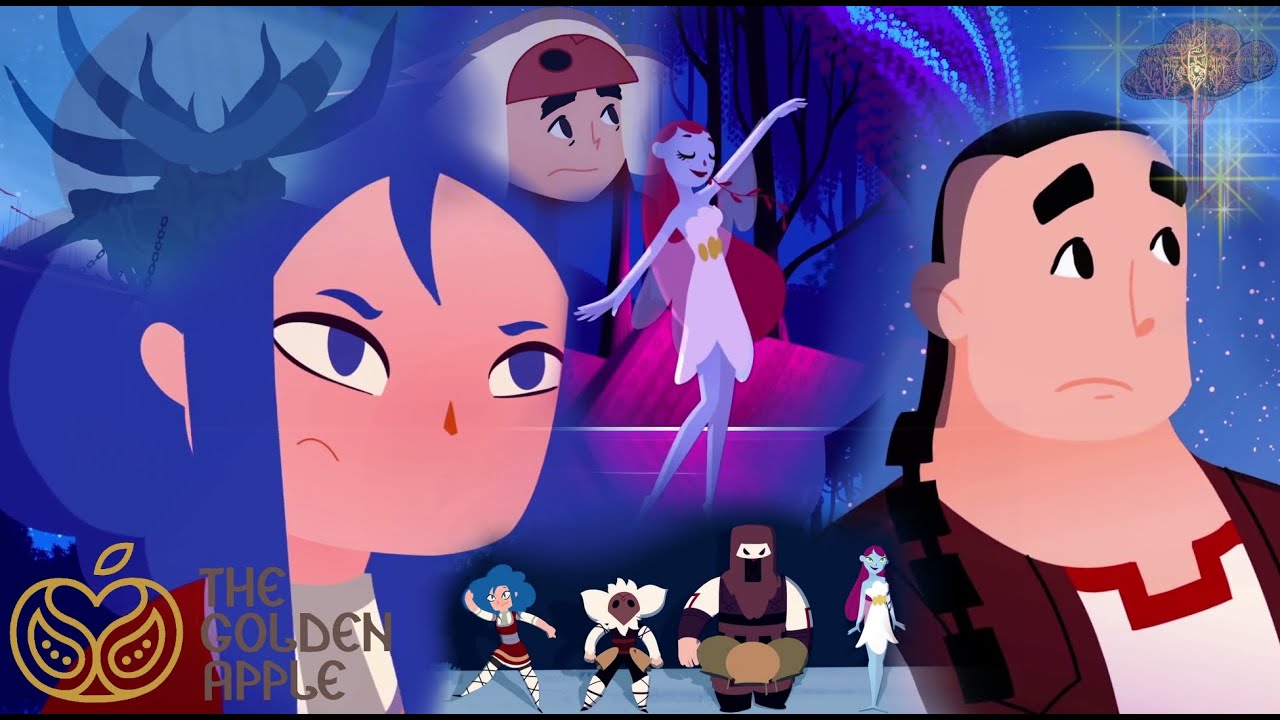 I finally got the opportunity to see The Golden Apple animated series after missing several screenings at specially organized events. The 21-minute episode was premiered on November 16, 2018 at betahaus Sofia, the team behind it, Studio Zmei, has been working towards bringing it to life for 4 years now. After the premiere in Sofia, the team went through the country on a Golden Apple Tour to meet as many viewers as possible.

The location I saw it was after that tour but also quite interesting – the National Museum of History in Sofia – big hall with very retro interior and children filling the dusty socialist era benches.

First of all, the story is told in a modern and enthralling way that can capture the attention of people from all ages. Cute and smart.

It is packed with a lot to process as a pilot. Studio Zmei are trying to portray and express as much as possible of that mythical universe to potential investors, sponsors and TV networks. Packed in the sense that there was a lot of symbols of Bulgarian folklore. For a foreigner it would look somewhat incomprehensible while for the local audience it is also hard to pickup the pieces as I had the feeling during the screening most people were trying to figure out every little reference. However, for the most part it was looking like a proper TV show that is already up and running and not just a clumsy pilot made for Bulgarian National Television executives in attempt to persuade them to co-fund. The quality of production is impeccable. The design was clearly inspired by animated productions like Samurai Jack and the Secret life of Kells, or at least by animators who inspired those. Sharp and funny is what define the style and that is for both the visuals and dialogue.

It is truly inspiring that perhaps finally Bulgarian children will have heroes they could root for, look up to and ones that share their own national identity.

The people vs the spirits – can they live together

I think this will be one of the major plot lines throughout the series. Characters will struggle some very real problems of contemporary life in Bulgaria. More specifically accepting those who are not like you. Story of tolerance and understanding that will be opposed by those who are corrupt and seek power through manipulation.

The series already have the support of some of the big names of the animation industry, such as Fred Seibert (Channel Frederator), Cartoon Salloon’s Tomm Moore, as well as a co-production commitment from the Bulgarian National Television, writes Slavorum.