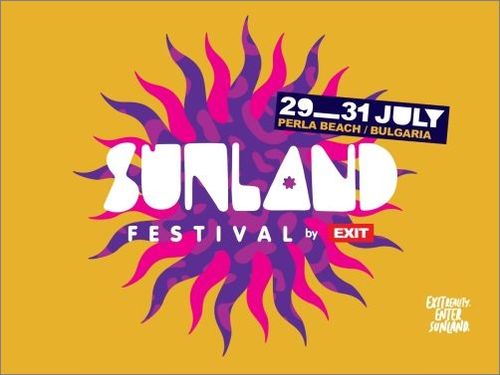 The New Sunland Festival, Part of Exit, with its First Edition in Bulgaria in July

Two weeks after the EXIT festival in Novi Sad, Serbia, world music stars and Bulgarian performers will take part in a new three-day music festival from July 29th to 31st on Perla Beach near Primorsko – SUNLAND. The festival will be the Bulgarian edition of EXIT.

The decision of the organizers of EXIT to choose Bulgaria as a new stage of the world festival is influenced by the high assessment of Perla as an excellent location with suitable natural and infrastructural resources for the development of a music event, the organizers said.

The capacity of the festival venues is over 15,000, the stages will be 4, large-scale parking and a VIP area is provided, where guests can enjoy the culinary specialties of chef Andre Tokev.

On the main stage, the performers will be world-famous names chosen by EXIT, along with current Bulgarian bands. There will also be a “Water Stage” for a daily party at sea, DJ Stage – an alternative DJ stage, and Stroeja Live Stage – a diverse selection of live artists.

The partner of the festival in Bulgaria is the World Health Organization, UNICEF and the European Commission in Bulgaria as part of the “Embrace Life” campaign, which aims to promote vaccination against COVID-19.

The EXIT Festival, one of the largest and most visited music events in Europe, celebrates its 20th anniversary this July at the iconic Petrovaradin Fortress in Novi Sad. Twice awarded for “Best Big European Festival” and with 200,000 visitors per edition, EXIT is now a true music institution that not only attracts fans from around the world, but has the power and influence to discover and promote new talented contemporary musicians and groups.