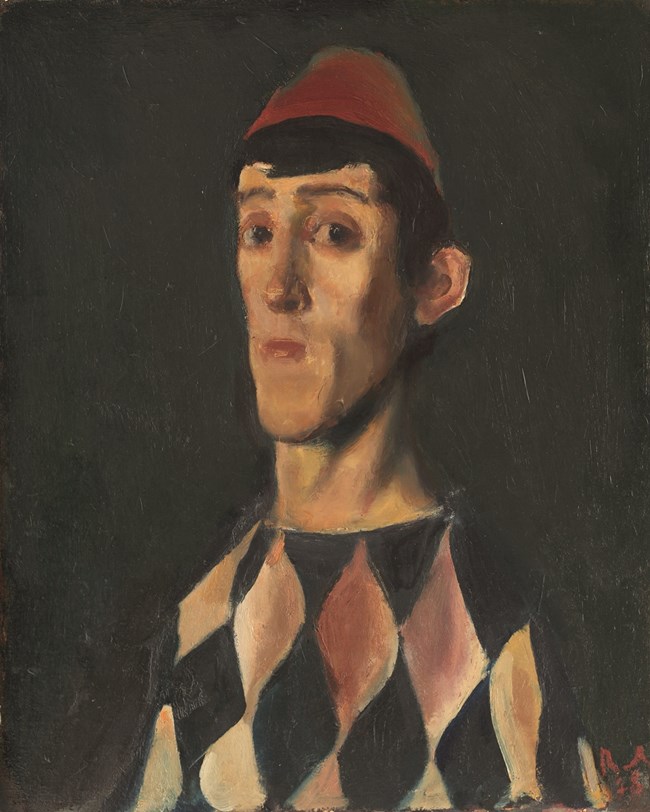 Vernissage on April 1, Thursday, from 16.00 to 19.00, in compliance with all anti-epidemic measures and controlled access

The National Gallery presents 57 paintings and graphics by the famous Romanian artist Corneliu Baba. Most of them are provided by a foreign private collection, whose owner is also the initiator of the catalog “Corneliu Baba in Bulgaria” published on the eve of the exhibition with texts by Romanian and Bulgarian authors.

The name of Corneliu Baba, who spent almost a century of human and artistic life (1906-1997), is not, unfortunately, among the most popular. The twentieth century itself, which divided the world by the Iron Curtain, as well as its life in Romania, on the periphery of what is considered to be the center of events in art, influences, of course, its fame. Another reason is obviously that Corneliu Baba, as a painter, refuses in principle to be contemporary, to “move (according to the avant-garde) art forward”, to follow the innovators, to react to trends and demands.

He seems convinced that his path is in recreating deep experiences, emotions and states with “traditional”, eternal artistic means of expression such as color, form and composition because their possibilities are unlimited. And even in the most difficult times for art – totalitarian, in isolation and in the “witch hunt” of formalism, painting for Baba is a tool for expanding horizons, for universalism, today we would say – for globality and the timeless Human. For the painter, the task of the artist is not to be a hero of his time, but to flow into the history of art through active and constant work in this separate and eternal domain, in the field in which there are no past achievements and which is able to overcome alienation and simplification.

Probably because of this principle, Corneliu Baba is among the few painters whose influence on his work is acknowledged by many of his colleagues, even in Bulgaria, where the impressions of his large-scale exhibition in 1981 are still alive today. That exhibition of “Shipka” 6 with 100 paintings and 100 graphics is the result of the author’s participation in the International Triennial of Realistic Engaged Painting in Sofia (1973), where he won the First Prize for his portrait art.

Obviously, the impression of Baba’s work is formed because of the huge difference between the paintings shown and the elementary nature of their contemporary models of socialist realism, as well as with the superficial metaphor of its consequences. It is Bulgaria, as well as his native Romania, where figurative art suffers severely from political propaganda and power-dependent variety, that appreciates the greatness of the artist. But, of course, also because of the virtuoso but restrained expression, the masterful combinations between smooth and pasty, the vibrations of the valor, the laconic white strokes, allowing the whole composition to “shine”.

The current exhibition, supported by Unicredit Bulbank and SUN Collection, includes both early works and the mature Baba with all the important themes and plots: crazy kings, fear based on dramatic religious and historical plots, portraits and self-portraits, naked bodies, Venetian lead.

Corneliu Baba first studied with his father, the academic painter Gheorghe Baba, then briefly at the Faculty of Fine Arts in Bucharest, but did not graduate. He opened his first exhibition in 1934 in the town of Baile Herculane, which gave him the opportunity to continue his education at the School of Fine Arts in Iasi (1934-1938) with the famous artist Nicolae Tonica. In 1939 he began teaching at the same faculty as an assistant and in 1946 became a professor. In 1948, after his debut at the Art Salon in Bucharest, he was arrested, imprisoned in Galata Prison in Iasi, and the following year, without explanation, was fired and sent to Bucharest.

As his work, especially in the early period, did not fit into the framework of official socialist realism, the authorities constantly criticized him for formalism. Despite difficult relations with the Romanian communist government, he still managed to make a career as an illustrator and book designer. In 1955 he was allowed to participate in exhibitions in Moscow and Leningrad (USSR), in the same year he received a Gold Medal at the International Exhibition in Warsaw. In 1956 he was presented at the Romanian National Pavilion at the Venice Biennale.

In 1958, Corneliu Baba was appointed professor at the Nicolae Grigorescu Institute of Fine Arts in Bucharest. He participates annually in exhibitions around the world. In 1964 his personal exhibition was organized in Brussels, in 1970 – in New York. Since 1963 he has been a corresponding member of the Romanian Academy of Sciences. Although he was extremely famous in Romania and to a lesser extent in the socialist countries of Eastern Europe, the artist never managed to achieve such fame in the West.

Newer PostMeeting with Stefan Valdobrev at Kinomania
Older Post The Gledam.bg Platform for Bulgarian Cinema with a Film Panorama of Rangel Valchanov’s Work