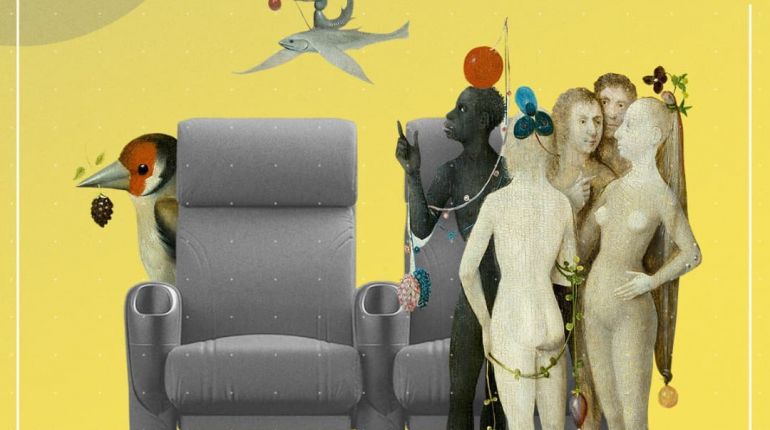 The sixth edition of the film festival “Master of Art” is being held in 6 cities – Sofia (August 25 – September 12), Plovdiv (August 25 – September 12), Varna (September 14 – 22), Stara Zagora (August 26 – 2 September) Byala and Koprivshtitsa (August 25-29). 50 full-length and 18 short art documentaries are included in the program of the summer edition of the festival in the fields of architecture and design, music, literature, theater and dance, photography, cinema, contemporary and culinary art, as well as the curious selection “Art and Power”.

The official opening in Sofia was at the Lumiere cinema with two Bulgarian films. “THE UNUSUAL LIFE OF A CONFECTIONER” by director Maria-Victoria Kuzmanova tells the story of Alexander Tsekov, who seeks to find a balance between confectionery career and passion for the stage, and “BORN FROM THE FIRE” by Sasha Hadtsvova with fire in Bulgaria.

One of the most anticipated titles of the festival is the Swedish documentary “THE MOST BEAUTIFUL BOY IN THE WORLD”, which comes to Bulgaria only a few months after its premiere at the festival in Sundance, USA. The film presents the extraordinary destiny of Bjorn Andressen, chosen in 1970 to play the role of Tadzio in Lucino Visconti’s masterpiece “DEATH IN VENICE”, which will also be shown on the big screen during the festival in Sofia.

Perhaps few know that in 1974, German director Werner Herzog walked the road from Munich to Paris as an act of faith to prevent the death of his mentor Lotte Eisner. In 2020, the young Spanish director followed in the footsteps of the Duke in an act of love for one of the greatest directors of our time and created the documentary-travel “DEAR WERNER HERZOG”.

“MARINA ABRAMOVIC AND HER CHILDREN: RETURNING HOME” is a Serbian film about Abramovic and her return to her native Belgrade, which proves to be a profound reassessment. This film invites us to enter the world of an artist-innovator and appreciate how this artistic career has developed.

Another interesting film in the category “Contemporary Art” is “MARY BAUERMEISTER – 1 + 1 = 3”. She is considered the mother of the Fluxus movement. In the attic of the Lintgasse in Cologne, she made history in the early 1960s with personalities such as Karlheinz Stockhausen, John Cage, Hans Helms and Nam June Pike. Today, now 85, Mary Bauermeister has no plans to retire. A film about the arts and society, about the limits of life and the beauty of the world.

We stay in the 60’s to remind you that in 1968 communist Bulgaria refused the Beatles to take part in the IX International Festival of Youth and Students. But where are they this year? The answer to this question is in the title of the movie “The Beatles in India”. Director Paul Salzman traces his journey from more than 50 years ago, when he spent a turning point with the Beatles at the Maharishi Mahesh Yogi’s ashram on the banks of the Ganges. Fifty years later, he teamed up with David Lynch and Morgan Freeman to be part of this unexpected Beatles documentary.\The documentary “THE CREATION OF FRENCH LUXURY” offers a curious look at the history of luxury goods. In order for France to rise to the leading European market for luxury goods over the centuries, special royal envoys were used, who did not shy away from getting involved in spy affairs, kidnappings and bribes.

This year’s Best Bulgarian Documentary for Art Award is presented by the State Cultural Institute to the Minister of Foreign Affairs. 11 are the Bulgarian titles that will compete in this competition. Some of them the audience already had the opportunity to watch during the online edition and the spring edition of “Master of Art” – 2021. Among the new Bulgarian titles is “ODYSSEY” – a documentary about the creation of one of the most exciting and large-scale theatrical events in the program of “Plovdiv – European Capital of Culture – 2019”. The film “TENOR” will pay tribute to the ruthless Kamen Chanev, who died in 2020.

Screening of a film, followed by a live concert in Vivacom Art Hall (5 Oborishte Street) –

this is how the film “DIMITAR NENOV AND THE DIMENSIONS OF ELEGANCE” will be presented. The director of the production is the pianist Veneta Neynska, who after the presentation of the film will perform works by Dimitar Nenov.

Other premiere titles in the “Music and Dance” category are the German “ANDRIS NELSON – MUSIC ONLY” and “BEETHOVEN: RECHARGE”.

The Grand Master of Art – Aurubis Award, as well as the winners of the other awards by category will be announced on September 11, 2021.

Expanding our audience is a priority for us. For the first time the festival will have screenings in Stara Zagora, Byala and Koprivshtitsa. From August 25 to 29 in Koprivshtitsa “Master of Art” will become a Festival of Arts. For 5 days in the Revival town there will be a cultural life, where art documentaries will be screened, and for the first time in the history of Koprivshtitsa a symphony orchestra will play live. An exceptional performance is planned on the open stage next to the Old School every night from 20:00. On August 25 is the performance “POETS”, in which some of the most prominent Bulgarian actors will recite the magnificent Bulgarian poetry, on August 26 Lucy Dyakovska will present her “Evening of the musical”, on August 27 is the opera concert-performance of Alexandrina Pendachanska ” This is me “, and on the 28th is the concert-performance of Hilda Kazasyan” Let’s listen to cinema “. The last day of “Master of Art” in Koprivshtitsa, August 29, will begin with Children’s Morning – “Let’s listen and play with the songs of composer Andrei Drenikov” and will end with a concert by AKAGA, dedicated to the 30th anniversary of its creation to the group.

For the first time, the festival will have screenings in the MaxiM hall in BTA, the festival’s media partner. In parallel with the screenings in cinemas in Sofia, Master of Art will present highlights from its program and outdoors – on the stage of Sofia Summer Fest from 26 to 29 August, as well as in the cinema yard of the Cultural Center “G8” and in the yard of Shipka Street 23.

On the first night of the open-air festival on August 26 at Sofia Summer Fest we will see the audience’s favorite from our winter edition “ELIET ARWIT: THE SILENCE SOUNDS GOOD” from 17:00 followed by “BEETHOVEN: RECHARGE” from 18:30 and “THE MOST BEAUTIFUL” BOY OF THE WORLD “- from 20:30. On August 27 at 20:30 its meeting with the audience under the stars will be “VAN GOG AND JAPAN” – a refreshing and different look at the art of Van Gogh, which reveals the influence of Japanese art on the work of the Dutch artist. On Saturday and Sunday we will have two events suitable for parents with children – the films “THE PAPER MAN” on August 28 at 11:00 and “THERE ARE NO LIONS IN TEL AVIV” – on August 29 at 11:00. The open-air program on August 28 at 20:30 is one of the most anticipated premieres of the festival “HELMUT NEWTON: THE BAD AND THE BEAUTIFUL”, in which the stars of his iconic portraits and influential fashion editors – from Anna Wintour to Grace Jones, from Charlotte Rampling to Isabella Rossellini – finally present their interpretation of the life and work of this scandalous genius. On the last night in the open air on August 29, “CLAUDIA CARDINALE: THE MYSTERIOUS” from 17:00, “ALVAR AALTO” from 18:30 and “BURNING MAN: ART ON FIRE” from 20:30. Tickets for the open-air screenings are now on sale on site and online at https://www.eventim.bg/bg/drugi/filmi_kino/.

The Master of Art Film Festival is part of the Calendar of Cultural Events of Sofia Municipality and is supported by the National Culture Fund. The grand prize for the best art film is awarded by Aurubis Bulgaria. The award for the best Bulgarian art film is presented by the State Cultural Institute to the Minister of Foreign Affairs.