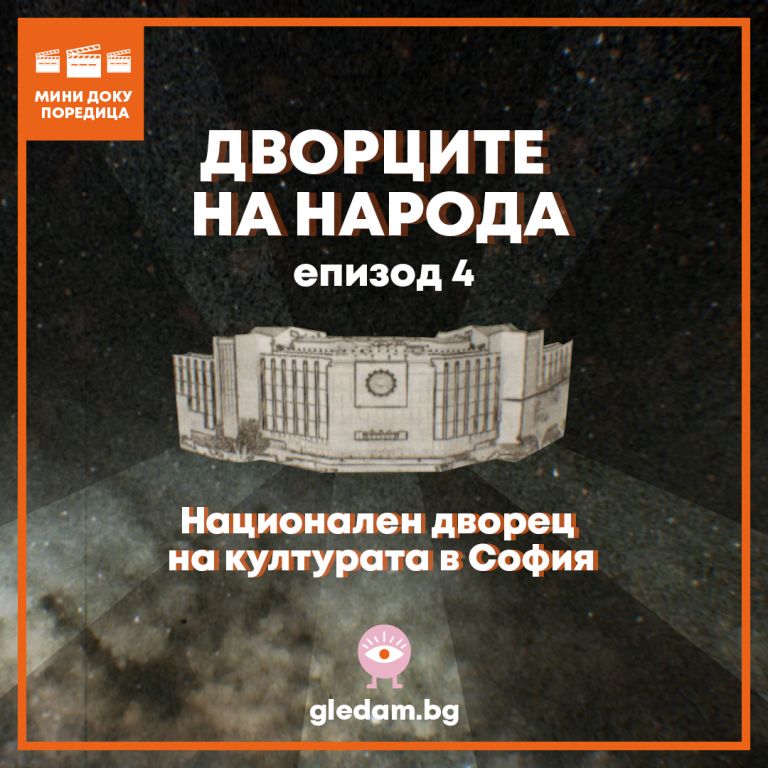 The documentary series People’s Palaces can be seen on the Gledam.bg platform.

After the long and rich festival life of the feature film, the four episodes of the TV series People’s Palaces will be available on the Bulgarian cinema platform Gledam.bg.

Viewers will be able to enjoy the films by subscribing to the platform or after purchasing a ticket worth BGN 3.99.

Unique architectural creations made with a lot of courage and a serious dose of madness to remind of the great power and bright future of the people.

The authors of the feature-length documentary and the TV series are the directors, screenwriters and cameramen Boris Misirkov and Georgi Bogdanov, and the producer is Martichka Bozhilova, Agitprop.

Palaces of the People won the Dok Buster Award and was nominated for the Goethe-Institut Documentary Award and the MDR Television Award at its world premiere at the 2018 Leipzig Documentary Film Festival.

The feature film has more than 50 selections at prestigious international festivals, and the episodes are broadcast on leading foreign television – MDR / Arte (Germany), BBC (UK), TVP (Poland), RTV (Slovenia), SVT (Sweden), Sky (New Zealand). The co-production between Bulgaria, Germany and Romania has been realized for 5 years in 5 countries of the former Eastern bloc of Europe.

What unites the buildings is their grandeur, as well as the fact that they are all the fruit of the political ideology of the time in which they were created. To this day, access to some of them is very difficult, but the authors have managed to turn them into characters in the film and documentary series, which come to life through the unique archives and memories of many people.

People’s Palaces is a contemporary view of history and what has shaped us as a society.