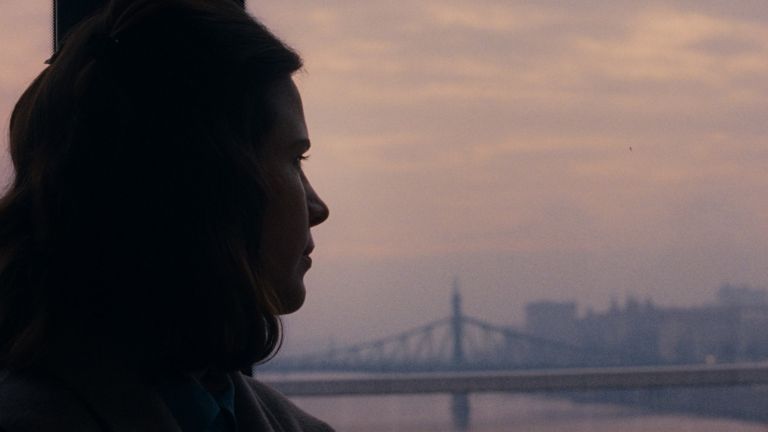 The jury for determining the best Balkan film at the 25th Sofia Film Fest consists of directors John-Paul Davidson (Great Britain), Lili Horvat (Hungary) and Doron Eran (Israel). They participate in the program of the autumn edition of the festival with their latest films.

After 15 years of specializing in BBC films on anthropology, veteran documentary filmmaker John-Paul Davidson has made film portraits of writers Gore Vidal and Jean Jone, the Dalai Lama, and Hugh Laurie. Davidson is the producer and director of the last four series of Michael Palin’s travels in the Sahara, the Himalayas, New Europe and Brazil.

Together with Stephen Fry, the director traveled all 50 US states for the series “Planet Word”. His latest film “The Man with the Hat”, which he will personally present to the Bulgarian audience at the 25th SFF in September 2021, was co-authored with Oscar composer and Oscar winner Stephen Warbeck and stars Kiaron Hinds, Stephen Delaney and Mayen.

Kiaron Hinds’ character is in the role of a hat lover, who inadvertently witnesses a criminal activity and quickly decides to escape in his small car, chased by five not very smart men.

Thus begins the fascinating “road movie” – a picturesque odyssey in the French countryside, presented with a lot of warmth and a specific British sense of humor, which involves locals, as well as a memory of lost love … It is important to mention the fact that he himself Stephen Fry, known as one of Britain’s national treasures, describes “The Man in the Hat” as “magnificent – fun, charming and truly wonderful!”

With her debut film “Child for Wednesday”, with prizes in Karlovy Vary, Kolkata, Cottbus, Lili Horvat is a discovery of Sofia Meetings. She was born in 1982 in Budapest. She graduated in audio-visual art from the University of Nova Sorbonne in Paris and in film directing at the University of Theater and Film Arts in Budapest. In 2016, Horvat co-founded the company Poste Restante, which produced her second film, Preparing to Be Together Indefinitely.

Its premiere was in the program “Venice Days” at the prestigious and oldest film forum in the world in September 2020. After the applause from Venice, Toronto, Warsaw, Busan, Thessaloniki, the film arrives in the “Kaleidoscope” section of the 25th Sofia Film Fest.

The melodramatic romantic story tells of the total fascination of 40-year-old Martha, who falls in love with her colleague Janos during a professional conference in New York. She left her brilliant career as a neurosurgeon in the United States and returned to Budapest to start a new life. The idea that Janos is the man of her dreams haunts her to such an extent that she breaks off ties with work and her friends, but when they meet again in their homeland, the object of her desires claims that the two do not know each other. Is it possible that the story developed only in Martha’s imagination? …

Doron Eran is a well-known Israeli producer and director with more than 25 years of experience in creating feature and documentary films, as well as television dramas. Eran has also produced more than 50 films and series for the Israeli market.

He has directed several feature films with an accurate and critical view of the social problems of the society in which he lives. His films have been selected and nominated at many of the largest international film festivals. Eran was a special guest of the SFF, and over the years in the program of the SFF we have presented his films “New Spirit”, “Nika” and “The Last Hour of Mr. Cole”.

His latest film, Infidelity, focuses on a serious and successful lawyer’s desire to use the almost limitless possibilities of social media to create a virtual lover for his wife. The reality on the Internet is deceptive in every possible aspect, there is a constant mix of good and evil.

Maintaining the fire in the relationship between two people for many years is a task that requires the ability to juggle many details in everyday life. At any moment, someone’s actions can turn against the perpetrator – and strike him like a real boomerang. This blow, even if it is virtual, turns out to be extremely painful …