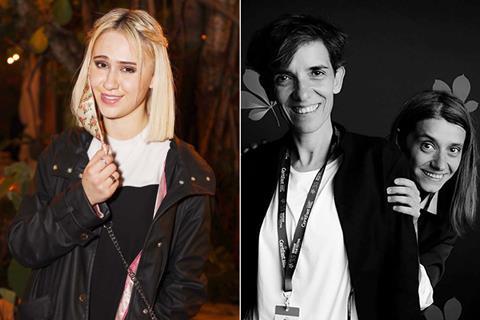 The Cannes Film Festival returns this year for its 74th edition, which will take place between July 6 and 17, after the coronavirus pandemic deprived the world’s leading film event from last year’s edition.

The Bulgarian surprise this year is the film Women Do Cry by the duo Mina Mileva and Vessela Kazakova. The title is in the “Definite Attitude” section, which selects films from different countries that are original and different in their view.

More than 60 films have a place in the programs of the 74th Cannes Film Festival, announced today the general and artistic director of the event Thierry Fremo at a press conference in Paris.

“In total, the selection committee reviewed more than 2,800 films. Of these, 65 films were selected for various sections of the competition, including 24 for the main program,” Fremo said.

Among them are productions of the Italian Nanni Moretti, the American Sean Penn, the Russian Kiril Serebrennikov, the Frenchman Jacques Odiar.

Moretti will compete for the Palme d’Or with his film Three Floors, Sean Penn will compete in Flag Day, and Kiril Serebrennikov will compete with Petrov’s Flu,  Jacques Audiard – with Les Olympiades.

They join the previously announced The French Dispatch by Wes Anderson, Benedetta by Paul Verhoeven and Annette by Leos Carax, which will open the festival.

Annette is the first film in nearly a decade of the favorite of the French arthouse Carax and his first in English.

Projected as a world premiere and as part of the competition program, Annette starring Adam Driver and Marion Cotillard tells the story of stand-up comedian Henry and Ann – a singer of international fame. Under the spotlight, they form a thriving and glamorous couple. The birth of their first child, Annette, a mysterious little girl with an extraordinary destiny, will turn their lives around.

The film is based on an original idea of ​​the American duo “Sparks” – a popular band in alternative music after the 70s of last century, which is the author of the soundtrack to it.

Dutch director Paul Verhoeven will compete in the Cannes Film Festival with Benedetta starring Virginia Efira. The film will premiere in Cannes on July 9, when it will hit theaters.

The film was already scheduled to take part in the competition program last year, before the coronavirus pandemic led to the decision to cancel last year’s edition of the film festival.

Paul Verhoeven, director of films such as Primary Instinct with Sharon Stone and Elle with Isabelle Huppert and Virginia Efira, has walked the red carpet of Croisette several times, but has never won an award for the prestigious event.

The provocative director, who often touches on the themes of sex and violence, this time takes the viewers to 15th-century Italy. Benedetta tells the story of a novice who enters a monastery in Tuscany. Capable of miracles from an early age, Benedetta immediately influenced the life of the religious community. However, when her affair with another nun is revealed, a scandal erupts, pushing Benedetta down a dangerous path.

Usually organized in May, this year’s festival was postponed to July. Until then, France will have canceled the evening evening imposed due to the coronavirus pandemic, although passengers may still face quarantine measures, including those from Britain.

Festival director Thierry Fremo also said there would be no shortage of regular parties and dinners, as well as events to allow holidaymakers on the Cote d’Azur to enjoy the film event, such as beach screenings.

However, the precautionary measures against Цovid-19 will still be in force. “We will not kiss at the top of the red carpet stairs, “Fremo said.

Honorary “Golden Palm” will be awarded to two Oscar winner Jody Foster, who first walked the red carpet in Cannes when she was only 13 years old, when she participated in Taxi Driver.

Fifty-eight-year-old Jody Foster has starred in more than 70 films.

In 1988, Foster starred in the crime drama The Accused, for which сhe received his first Oscar. World fame and second award of the American Film Academy brought her a role in the cult thriller The Silence of the Lambs (1991).

Iranian director and two-time Oscar winner Asghar Farhadi is also included in the competition program with his film A Hero.

Four of the 24 productions in the main selection are directed by women.

The winners of the Palme d’Or at the 74th Cannes Film Festival will be chosen by a jury chaired by American filmmaker Spike Lee.

Newer PostAdela Peeva’s Films Online at Neterra and in Cinemas from June 4, 2021.
Older Post Teodor Ushev in the Jury of the Annecy International Festival