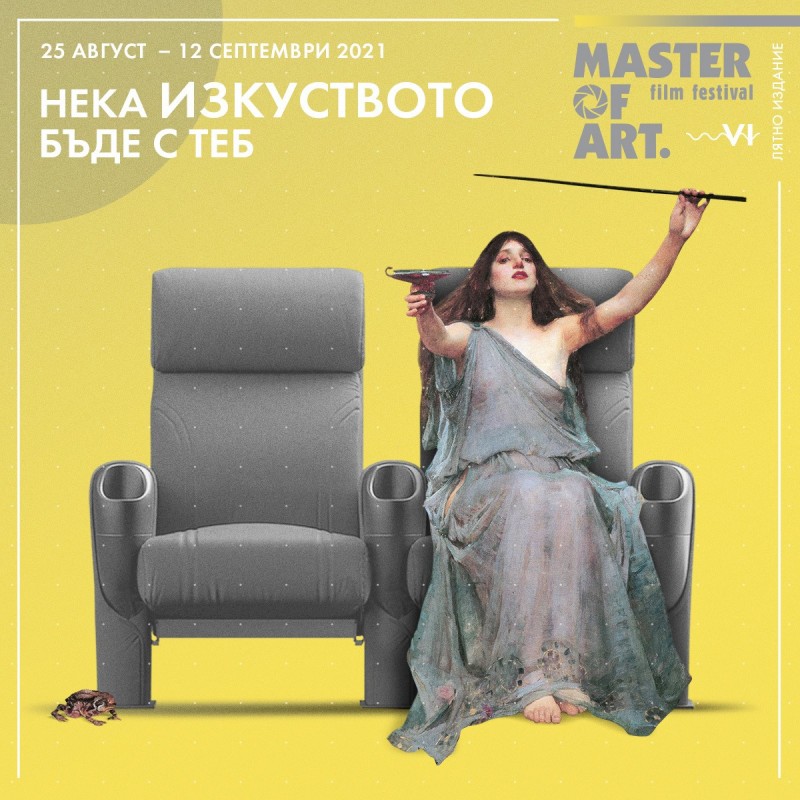 The winners of the sixth edition of the Master of Art Film Festival were announced at an official ceremony in Vivacom Art Hall.

For the first year, the State Cultural Institute under the Minister of Foreign Affairs is an institutional partner of the festival and has secured the award for best Bulgarian art documentary. The international jury of the festival chose for this award the film “Odyssey” (2020), directed by Desislava Shishmanova and Noncho Nonchev, produced by BNT. The award was presented by the director of the Institute – Snezhana Yoveva-Dimitrova, who congratulated the winner and the festival team for a rich program in six cities in the country and invited the documentary to participate in the upcoming film project of DKI in the fall “BG screen online”.

The Grand Master of Art Award goes to the Swedish film The Most Beautiful Boy in the World, directed by Kristina Lindström and Christian Petri. With the curious story of the actor chosen 50 years ago by Lucino Visconti to play the key character in the masterpiece “Death of Venice”. The award for debut goes to Andrey Kulev for “The Man with the Pipe”.

This year the Master of Art festival took place in three stages – online in February, spring edition in April in several Sofia cinemas, and in the summer months the festival visited for the first time in six Bulgarian cities – Sofia, Varna, Plovdiv, Koprivshtitsa, Stara Zagora and Byala.

As part of the program of the Master of Art Film Festival, the Master of Art Festival in Koprivshtitsa was held from August 25 to 29. As a partner of the festival, DKI participates with a special screening of the film “15 years of DKI”. The photographic exhibition “Directions” was also exhibited in the open air.