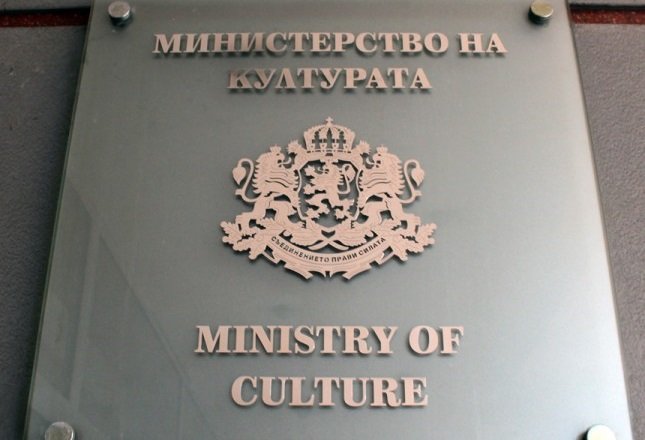 The Budget for Culture in Bulgaria is in Tragic State

An ambitious program for reforms in the Ministry of Culture was presented by Prof. Velislav Minekov together with his team. As his priority task, he pointed out the inspection of the state of the budget, which, according to him, is currently in a tragic state due to the redirection of almost BGN 3 million from the reserve to other items related to the fight against the pandemic. Minekov also announced that four initiative groups have been formed to discuss changes in laws that have long been subject to criticism, and that a project has been launched to establish a specialized police unit for the protection of cultural heritage.

He also hinted that he might demand the resignation of the director general of the Bulgarian National Television, Emil Koshlukov. The reason for his comment was the interruption of the morning broadcast on BNT on Saturday for the broadcast of an extraordinary briefing of GERB, which was attended by Daniel Mitov and Toma Bikov. Minekov described this as “an extremely scandalous case”, “a very serious violation” and “interference in national security”.

By law, the regular program can be interrupted only in exceptional circumstances such as an earthquake, bombing, war, or statements by the president, the attorney general, the patriarch, and the chief mufti. He announced that in connection with this interruption of the program, BNT will send an official letter to the Council for Electronic Media, in which he insists that the case be investigated. These violations are beginning to become systematic. It seems to me that phenomena are accumulating that may provoke me to demand the resignation of Mr. Koshlukov, “Minekov said.

The Law on Radio and Television explicitly states that the term of office of the Director General of BNT or BNR shall be terminated early or on the grounds provided for early termination of the term of office of a member of the Electronic Media Council, or if it is established that commits or allows the commission by other persons of gross or systematic violations of the provisions on the principles for carrying out the activity of the radio and television operators. It was on the basis of systematic violations that the mandate of the former director general of the Bulgarian National Radio, Svetoslav Kostov, was terminated after the interruption of Horizont’s program for several hours. This is only within the powers of the Council for Electronic Media and in this sense the Minister of Culture has no legal right to dismiss media bosses or demand their resignation.

There is no money for culture

Velislav Minekov reiterated that the financial situation of the Ministry of Culture is in a very difficult situation: “Culture has been neglected for years, it has been forgotten, it has been abandoned, and in such a way that the budget has gradually collapsed from 2001 to today. 1.3% to 0.6% of GDP. ” He reiterated this thesis in connection with the ongoing series of inspections at the Ministry of Culture, which revealed serious financial losses. Unlike the previous practice of other caretaker ministers to replace guilty department heads, Minekov said he did not intend to fire anyone for now.

“The ministry employs professionals, most of them with a lot of experience. I do not want to lose these professionals, regardless of whether we have political differences.” He said, however, that a number of companies would be thoroughly inspected and only then would measures be taken to release their directors. “Based on the damage, I will assess where I can dismiss a director or an entire board. An investigation is underway for serious damage, and not in one place,” Minekov added.

He announced that four initiative committees are currently working on proposals for changes in laws, which have been the subject of serious criticism in recent years. Such are the law on the film industry, the change of which at the end of last year caused a wave of dissatisfaction among the film community, the law on cultural heritage, the law on protection and development, which regulates patronage in Bulgaria, as well as the law on copyright and radio law. television. Minekov said the goal is to prepare proposals to be submitted for discussion as soon as the next parliament takes office. A project has been launched to create a register of independent artists and organizations, which has been insisted on for years by artists from various cultural industries.

For the first time, the Minister of Culture presented to journalists his idea for the creation of a specialized police detachment for the protection of cultural heritage. It should be formed on the example of similar groups in Italy and France and will be subordinated to both the Ministry of Culture and the Ministry of the Interior. The project is being worked on together with the former director of the police school in Pazardzhik Petar Vlahov. Minekov clarified that an exchange of specialists will be made, and the project will be supported by programs from Italy and France.

Among his priorities, the Minister of Culture pointed out the creation of regulations for treasury, as well as the restoration of cultural ties with the Balkan countries through a new treaty on cultural relations.

Velislav Minekov stated that he would insist that the changes started by his team be continued by the next minister. “We are moving towards political normalcy. What happened will disappear, we will forget it. I believe it will be so. I will hand everything over to my successor and I will insist that I be his auditor every week and every day. “