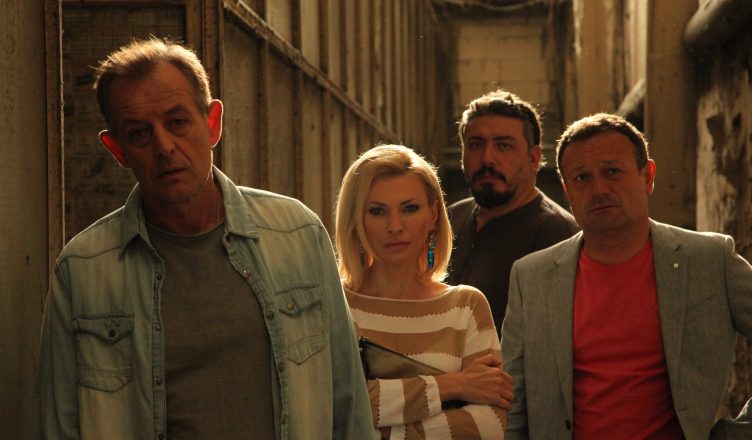 The Bare Truth About the Band Zhiguli with a First Trailer

Lots of fun and one of the most popular actors in Bulgaria, this is promised by the trailer of The Bare Truth About the Band Zhiguli. This is the second feature film in the directing career of Viktor Bozhinov, whose first project, Heights, became the most-watched Bulgarian title for the last 10 years in Bulgaria.

Shot mainly in Burgas, the film tells the story of a Bulgarian rock band from the 80s, which breaks just when it is at the peak of its glory. Over time, the tastes of the audience change and the band is completely forgotten. The leader of the band Fori (Mihail Bilalov) has started working in the pop-folk industry, and each of the other members of Zhiguli has taken their own professional path, which has nothing to do with music. An unexpected phone call makes them reunite, almost by force. Fori, guided by personal motives, takes on the difficult task of resolving all misunderstandings and leading the Zhiguli back to success, but with each passing day, the mission begins to seem impossible, leading to many intriguing comic twists.

The camera was again entrusted to Anton Bakarski, known for his work on local titles such as Heights, Undercover, Relationships, and participated in a number of international productions such as 300: Rise of an Empire and The Expendables 2.

The screenwriters are Vanya Nikolova and Nelly Dimitrova, and the producer of the film is Krastyo Lambev together with his team from Concept Studio.

The Bare Truth About the Band Zhiguli is expected to hit theaters across Bulgaria this spring.

Newer PostBulgarian President: A balance is Needed between Investment in Infrastructure and Culture
Older Post Reduced VAT Rate on Books Could Be Big Help for Struggling Industry in Bulgaria