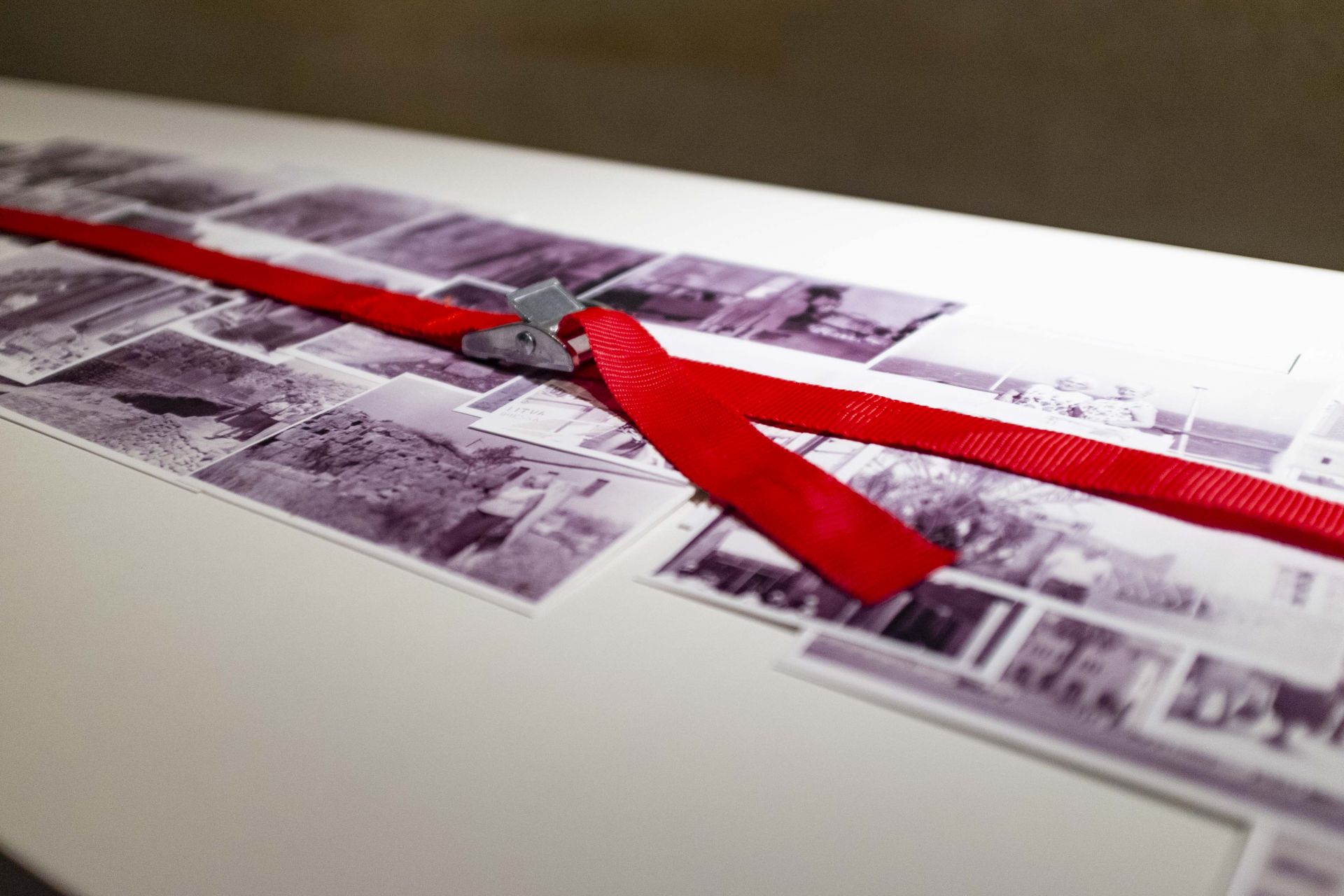 The artist Radostin Sedevchev works with original documents from the past, found and acquired from flea markets – photos, letters, diaries, maps, school notebooks, notebooks and other similar testimonies, forever separated from their authors, became unnecessary and somehow anonymous.

In them are the events and details of the private life of the “little man”, often omitted by the great collective history, which is studied in textbooks, says the author.

Sedevchev’s method is a reinterpretation – visual, textual, semantic, always attentive to the original source, but absolutely free in creating an independent image, story, illusion. The authentic material is the “source” – a term popular among computer scientists – serving as a primary open source, allowing modifications and multiplication of points of view, explains Yara Bubnova. She is the curator of the exhibition THIS CLEAR – CUT WORLD DIED WITHOUT LEAVING BEHIND IT A CHARNEL HOUSE, which opens on March 11 in Hall 19 of “Square 500”, part of the National Art Gallery.

Among the works presented is the photo from the celebration of the Knights of the French College in Plovdiv in 1939 – “The Captured Knight”, which motivates the graphic visualization of a mathematical chess problem only with the moves of a horse, which eventually captivates itself.

The exhibition features a black-and-white photograph of an unknown couple, covered on top with a piece of colorful packaging torn at a “key” spot on the woman’s photo. Related to the aphorism attributed to Jacqueline Kennedy: “Pearls are always appropriate” and with some effort on the part of the viewer, the quote can be read. An old notebook cover with Lafontaine’s fable about the rabbit and the tortoise becomes a scheme of Zeno’s Paradox – who is consistent and persistent, wins over arrogance, no matter how well-founded it is (“You go, I will catch up with you”).

The text documents referring to the same specific person connected with a penal camp (labor-educational dormitory) are of two types – denunciations and reports on his activity, and love letters to him.

The extensive photo and diary archive of a Bulgarian family from 1970-1990 (“Parallel”) is able to change our perception of the respective period of the past, Bubnova commented. The installation traces the personal economy and history of large-scale tourist trips of specific people abroad from exotic cities in the Asian part of the former USSR to cultural and social experiences in meetings with museums and art centers in the European West.

The two-channel video installation “Present Absence” (2018) follows the lives of badgers, practically and naturally occupying abandoned graves in a deserted cemetery. For months, day and night, Sedevchev’s cameras follow a natural cycle in which the human notion of values ​​is meaningless.

In addition to this video, all other works in the exhibition were created especially for her. Their shape and format unfold depending on the specific space of the hall in “Square 500”, characteristic of its authentic ancient tomb.

An absurd remake of the tomb has been created – with the same dimensions, symmetrical mirror arrangement, modern perishable materials and inverted messages. The ancient covering vault of the tomb became the bottom of an unstable swinging structure. The name of the exhibition is connected with this game – “This pure world is born and dies without leaving tombs” from the poem “The Lord” by Rhône Shar, translated by Zlatozar Petrov.

Radostin Sedevchev was born in Pernik in 1988. He graduated in fresco painting at the National Academy of Arts under Prof. Nikolay Drachev. He obtained a doctor’s degree in the National Academy of Arts (2018) and is currently an assistant in the specialty “Mural”. He has specialized at the University of Fine Arts (HfBK) in Dresden, Germany (2017) and at the University of Glendur in Wales, UK (2011).