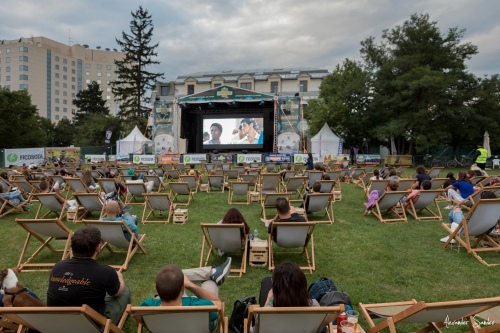 The 78-day Cultural Program of the Sofia Summer Fest

The second edition of Sofia Summer Fest is coming – the summer festival of Sofia, which will be held again in South Park II, behind the museum “Earth and People”. This year’s edition will open on July 16 and will last until September 30 with a rich artistic program, which includes events from other festivals such as Sofia Film Fest, “Flower for Gosho”, “Master of Art”. Tickets for the events will go on sale in the Eventim network.

The festival will open on July 16 with a concert by Miro, who will present his new album. Until the end of July, the audience will be able to see concerts of the ensemble “Philip Kutev”, Ostava, Kerana and the cosmonauts, Zluch, Grigovor and Gena, Ivo Dimchev with the Vratsa Philharmonic Orchestra and Grafa, who will celebrate his birthday on the stage of Sofia Summer Fest .

The program also includes the theatrical productions “Poor France”, “Therapists”, “Desperate Husbands” and “Poets”, as well as the hit film The Bare Truth of the Band Zhiguli. For the children, the performances of the Vazrazhdane Theater, The Air Princess and Little Red Riding Hood will be shown.

In the coming months, viewers will also be able to see the performance of Alexandra Sarchadzhieva, written especially for her by Yana Borisova, the Master of Art documentary film festival, a concert of Sofia soloists with a guest Viktor Chuchkov, the Flower for Gosho festival. Beloslava’s concert, Maxim Eshkenazi’s concert, films from the program of Sofia Film Fest and many others.