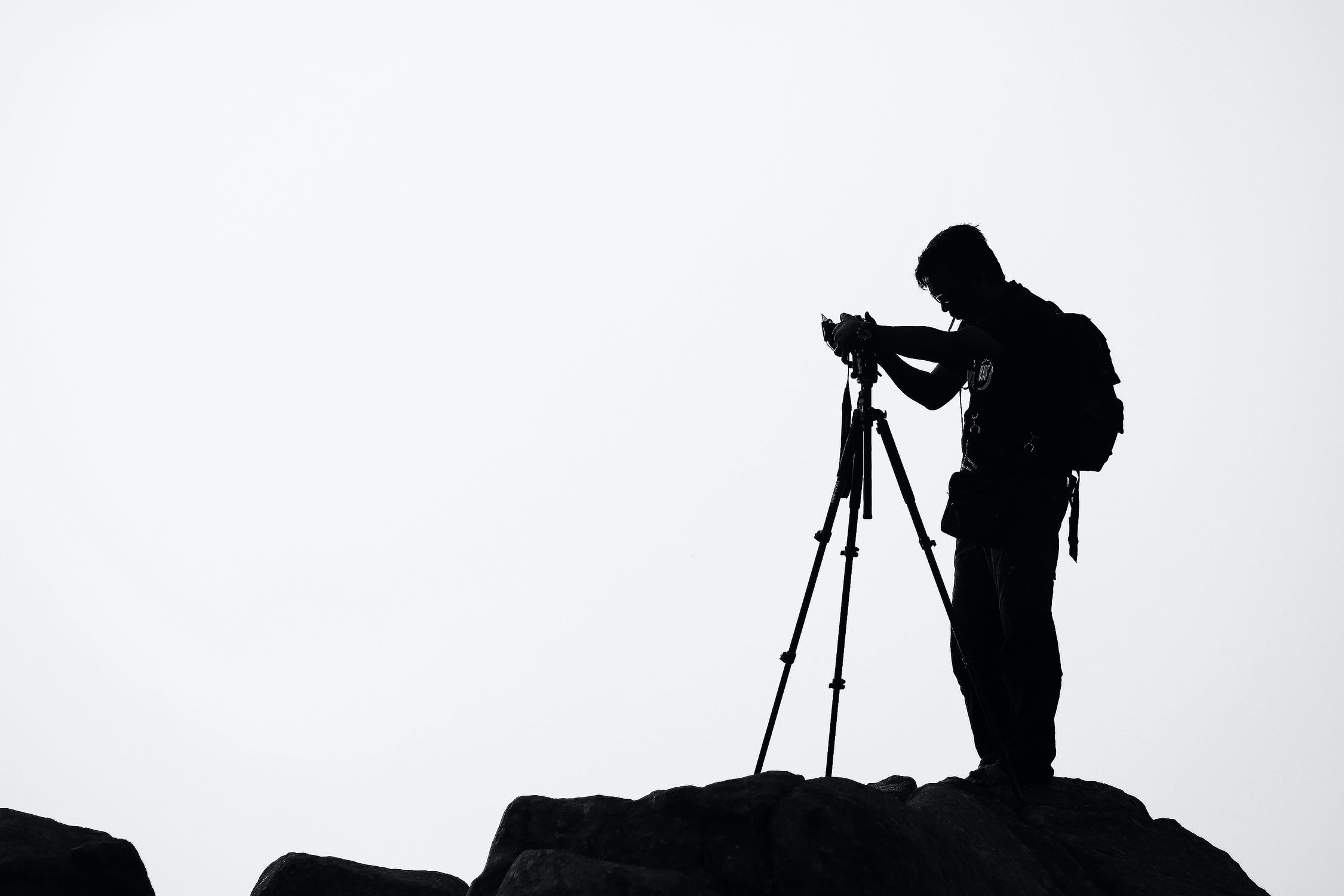 The 10 most Expensive Photographs in the World

Photos can evoke a variety of emotions. They can make us laugh, but they can also make us cry. What reactions would the most expensive photos in the world provoke in you?

To see some of them live, you will have to look for them in art galleries. What makes people give crazy money for a photo? See for yourself in today’s top ten most expensive photos in the world. 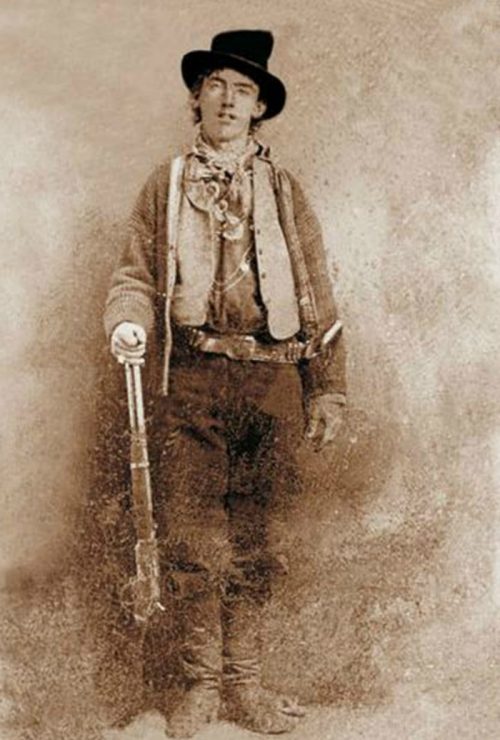 The photograph of the famous criminal Billy the Kid was taken at the end of the 19th century. The photo was taken using an old photographic method called “ferrotype”. In 2011, the photo was sold to an American collector for $ 2.3 million. The reason for this rather hefty price is definitely not in the artistic value of the portrait, but in its uniqueness – this is the only photo that has been officially confirmed to be of Billy the Kid. 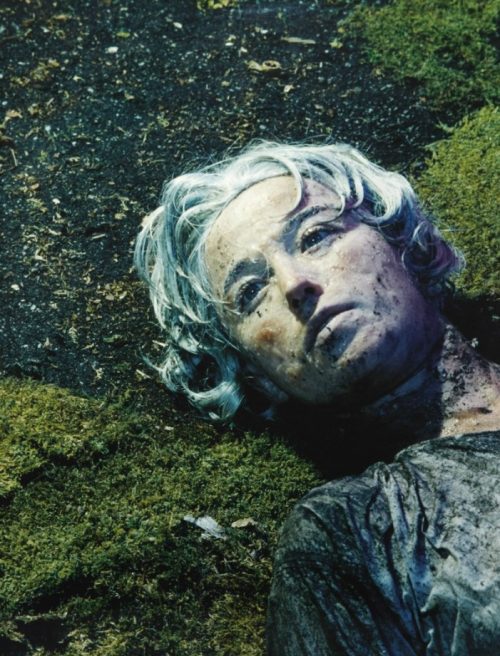 As the author Cindy Sherman herself admits, her main fear is that she will die a horrible death. Photographs like “153” are her attempt to come to terms with the thought of death and to prepare for it. “You don’t have to be afraid and look away,” she says of her photograph – “It’s not real, it’s a play, a fairy tale.” 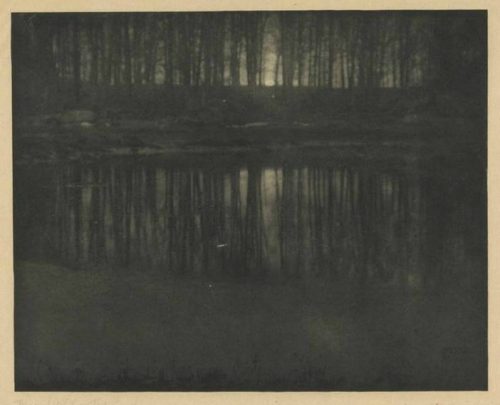 In the early twentieth century, color photography was extremely rare. The author of “Lake of Moonlight” used a photographic method invented by the Lumiere brothers, which allows colors to be applied by hand to the tape. To date, there are three versions of the photo. They all have different shades of color, as all three are painted by hand.

Andreas Gurski is a German photographer born in Leipzig. His specialty is large-scale panoramic photographs from such an angle that they seem practically vast. Los Angeles photography is similar. From a bird’s eye view, the city looks like a field of distant artificial lights. The photo symbolizes the modern world and the place of man in it. According to the artist’s idea, the man is the main character in this frame. 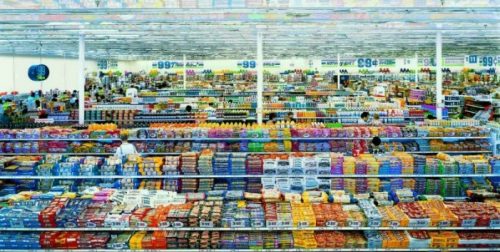 Another photo by photographer Andreas Gurski. The photo shows the inside of a store where everything sells for 99 cents. The long lines, covered with the colored boxes of the goods, which are reflected in the glass ceiling, enhance the feeling of endless consumerism in modern society. The photo was bought in 2007 by Ukrainian businessman Viktor Pinchuk. Its high price is due primarily to the name of the author, who was already famous at the time of sale. 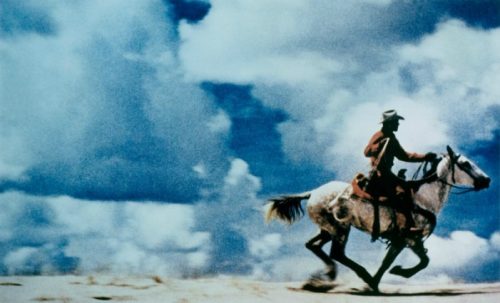 Photographer Richard Prince’s interest in art began when he began working for Time magazine. There he had to cut articles from various newspapers and magazines. In the end, only photos and advertisements remained on the pages. This inspired him to start photography. Today, Richard Prince is considered one of the most famous American artists of his generation. He gained world fame with three photos, one of which was “Cowboy”. It was made especially for the Marlboro cigarette advertising campaign. The photo sold for $ 3.4 million at auction in 2007. 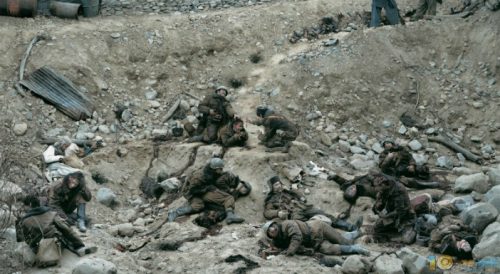 The caption explains the scene depicted in the photo – “View after the ambush in which Soviet soldiers fall in Afghanistan, Winter, 1986”. Despite the realistic look of the scene, the shot is actually the result of an arranged production – all the people in the photo are actors. The photo was taken in a studio and later processed on a computer. In 2012, the photograph sold for $ 3.7 million.

Known for her provocative works, Cindy Sherman’s self-portraits are extremely popular with collectors. She does not give names to her works – she offers everyone to think about the image and its history. # 96 is one of 12 photos commissioned by Artforum magazine. The heroine in the photo is a young girl, both seductive and innocent, holding a newspaper clipping with ads for dating – a kind of expression of unfortified femininity and readiness to part with childhood. 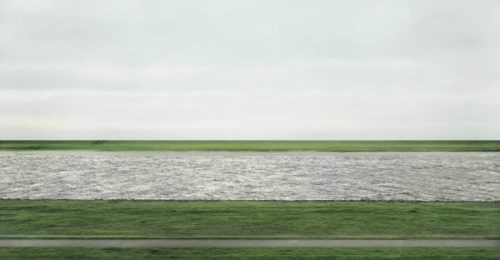 German photographer Andreas Gurski is known for his large-format photographs of architecture and landscape. In 1999, he created a series of six photographs of the Rhine, the largest and most famous of which is the Rhine II. The photo is impressive 1.9 x 3.6 m, and together with the frame it reaches 2.1 x 3.8 m. For this photograph the author says: “For me this is an allegory of the meaning of life.” To achieve the feeling of a desert landscape, Gursky resorted to the help of a computer and removed some elements of the photo: factory, pedestrians, cyclists. The painting was sold in 2011 to an unknown buyer for $ 4.3 million. 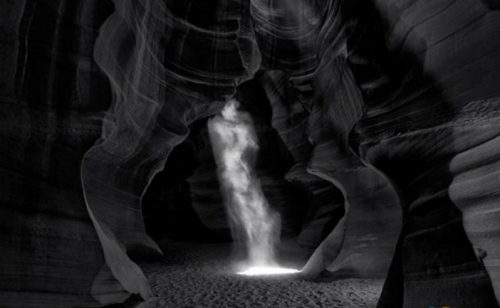 Australian photographer Peter Leak broke all records for most expensive photography with his black and white Phantom, which was bought at auction for $ 6.5 million in 2015. “The purpose of my photos is to capture the power of nature”. The photographer shot the “Phantom” in Antelope Canyon in Arizona, USA. The photo captures a ray of light that descends into a cave through a small hole, and the vapors in the air create the illusion of a ghostly vision. Peter Leak has been involved in professional photography for 30 years and has won a number of prestigious awards. He has shot all over the world.