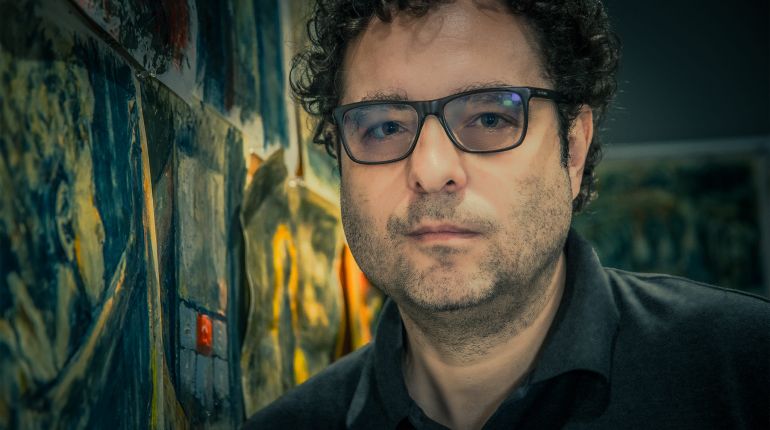 Teodor Ushev (Canada-Bulgaria) is a multimedia artist, animator, illustrator, director and graphic designer. He graduated in 1993 with a degree in “poster” from the Academy of Arts in Sofia, and in the 90s of the twentieth century the audience was impressed by his theatrical posters. Since 1999, he has settled in Montreal and worked on various multimedia projects. He has worked for the National Film Council of Canada for the past 15 years. His interest in new visual forms provoked him to experiments, installations, creation of interactive works.

In his creative biography, Ushev has more than 15 films, which have brought him over 200 international awards around the world. Among them – an Oscar nomination, Annecy’s “Crystal”, two awards for best animated film at the Canadian Film Academy, an honorary medal from the French Academy of Motion Picture Arts “Cesar”, “Golden Globe” for best short film. . Since 2010 he has been teaching and delivering master classes at various universities and festivals in destinations around the world such as Japan, Portugal, France, Germany, Great Britain and others. Ushev is a member of the American Academy of Motion Picture Arts AMPAS, a holder of the Order of Art and Literature of France. He is currently working on his first feature film – “φ1.618”, a fantastic anti-utopia based on the novel “Pumpal” by Vladislav Todorov, starring Deyan Donkov and Martina Apostolova.

Here is what Teodor Ushev shares in an interview before the premiere of the film “Physics of Sorrow” at Kinomania 2019:

I have the feeling that you have never been able to fit into the Bulgarian cultural landscape and community. Are you an individualist?

No, one cannot be involved in cinema and be an individualist. Cinema is a collective work. I have hundreds of friends and like-minded people around the world. In fact, I pass for one of the most social people in the animation community. And that’s why when I return to Bulgaria, I avoid seeing artists – a person still has a limit. I prefer to see my relatives, to be in nature, to see old friends. You know, that feeling when you come home and want to experience the emotions of your childhood to the fullest, with people since then. These are magical moments with close people, with whom we can just keep quiet together… Or maybe the art I make does not seem very exciting for my colleagues in Bulgaria? I don’t know, I’ll find out on the 17th. So far, criticism and commentary on “Physics of Sorrow”, wherever it has been shown, has been very enthusiastic. It is normal to be worried whether the Bulgarian audience will react emotionally to the film, whether the “magic” will happen.

There is a great interest in short films around the world in all its forms and genres, and in Bulgaria there is a lack of audience. Do you have an explanation for this?

Around the world, however, this is an audience that has been developed for decades. Maybe this starts from university education? If you are told in school that a short film is just an “educational, small movie” before you make a “big (understand long)” movie, and critics and audiences presumably neglect this genre, it is normal that there is no fertile ground for a short movie. It’s not a “little” movie. It’s like the short story about literature – and there are masterpieces in it. And animation is the equivalent of poetry.

Blind Vaysha was a great success. How much did this help your next projects?

It “helped” above all to mediate my success. I’m not sure if this is my most successful or most award-winning film. In purely practical terms – I got the opportunity for some projects to happen faster than usual, and this is important. Unfortunately, I also had to turn down many projects that, in other circumstances, I would find interesting and challenging.

Teodor Ushev was named the most influential animator in the world for the last 25 years – according to an international poll at the prestigious animation festival in Lleida (Animac), and in 2021 he headed the International Jury, which awarded the films in the International Competition and Competition for Bulgarian short film at the 25th anniversary Sofia Film Fest. The autumn festival program includes his animated and experimental films, including the well-known to Bulgarian viewers “Blind Vaysha” and “Physics of Sadness” based on works by Georgi Gospodinov. These two films will be shown at the Lumiere Cinema on September 15 at 6:30 p.m.

The Ushev Hardcore Xperimental selection includes 13 works created between 2006 and 2020, and will be on view at the Lumiere Cinema on September 16 at 6:30 p.m. and at the Odeon Film Library on September 18 at 8:30 p.m. hours when “Blind Vaisha” and “Physics of Sadness” are programmed, and immediately after them there will be a screening of “Ushev Hardcore Xperimental”.

On the same day – September 18 (Saturday), from 16:00 in the House of Cinema we invite all cinema lovers to our special, traditional meeting “Sofia – city of cinema: Interview with autograph” with Teodor Ushev!