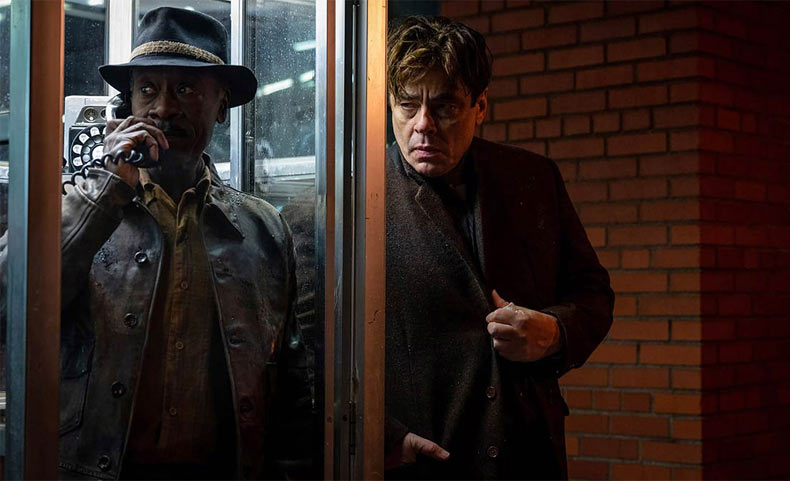 Our beloved, proverbially active, Steven Soderbergh is always at the top of our minds, because we know that he does not sleep and is constantly preparing something new for movie buffs. After the super pleasant “Let Them All Talk”, in which Soderbergh again showed us a new type of filmmaking without much fanfare, his next film, which we have known for a year and a half, is underway, which has undergone significant changes, but most -then it is a fact and will debut in less than two months.

No Sudden Move (formerly known as “Kill Switch”) is a story about robbers in the 1950s who decided to steal valuable documents from the wrong person and turned out to be in an ambush. The details about the plot so far, of course, are relatively small, but it does not matter to us. Soderbergh is Soderbergh, his robbery stories are proven to be excellent, and here we will have the pleasure to see a uniquely selected cast set in the visually great era of the United States in the 50s, which from the first promotional shots can be seen to be pleasure to watch.

Before you see the first teaser, which (fortunately for us) shows almost nothing of the plot, we will only list the names included in the project – the wonderful Don Cheadle leads a team including Benicio del Toro, Ray Liotta, John Ham, Amy Seimets, Brendan Fraser, Julia Fox, Keeran Culkin, Noah Jupp and David Harbor.

We are already in love, especially in the first frame, in which Don Cheadle speaks from a telephone booth while Benicio del Toro peeks out from the side – it’s not dark, rain, fifties clothes and a mysterious atmosphere – everything attracts us. And the very fact that the first commercials we see doesn’t show us even half of the great actors involved in the film only suggests that there’s a lot more to see from “No Sudden Move.”

We only keep our fingers crossed for Warner Bros. to respect their long-standing collaboration with Soderbergh and not spoil his film with the upcoming trailers, but from now on it is clear that this will be one of the titles we will not miss this summer.

It will premiere at the Tribeca Festival in late June, and the film will be available to the general public on July 1 on HBO Max.