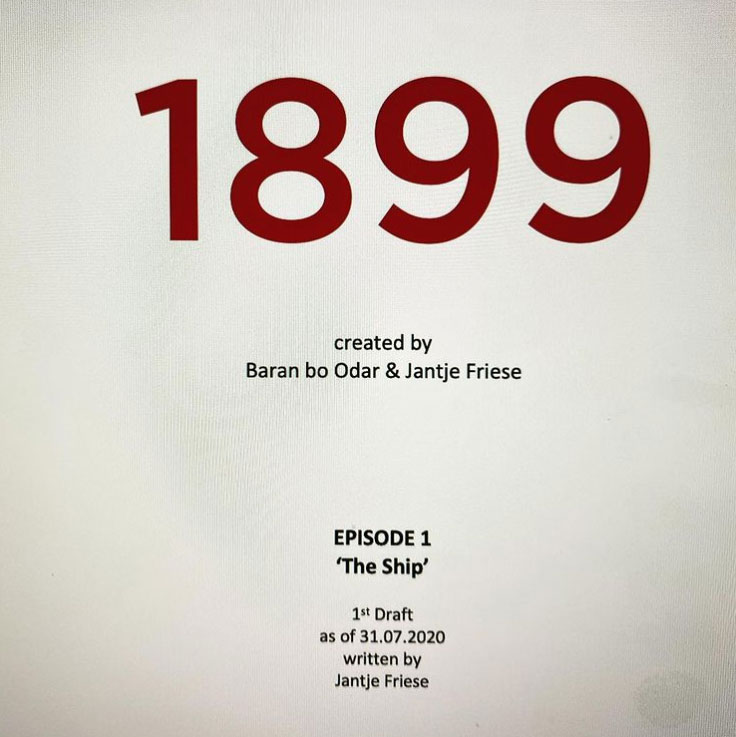 Teaser of the Series 1899 from the Creators of Dark

Here’s a teaser of one of our most anticipated projects – 1899, the new Netflix series by the creators of the great Dark, Yante Frieze and Baran Bo Odar, which mixes elements of drama, horror and thriller.

At the center of the 1899 is a migrant steamer that leaves London and the old continent for New York and the New World. Passengers, who are a mixture of different European nationalities and social status, are united by their hopes and dreams for the new century and their future. When they find another migrant ship drifting uncontrollably downstream on the high seas, their voyage makes an unexpected turn. What they find on board turns their journey to the Promised Land into a terrifying nightmare.

Yante Frieze and Baran Bo Odar share about the series:

What drew us to this idea was the opportunity to have a real European series, with a mixed cast from different countries. At the heart of the project is the question “what unites us and what divides us?” And how fear can be a catalyst for the latter.

The first teaser of 1899 was presented personally by Baran Bo Odar in his Instagram account, which announced: There will be mysteries. There will be nightmares. But most of all: there will be surprises. Look:

It’s too early for any comments, but, as we said at the beginning, 1899 is one of our most anticipated projects. We note many elements (such as multiculturalism and migration) that would otherwise light up a red light of concern for superficial political and social statements, but given that there was nothing like it in Dark, we are inclined to assume that Jante Frieze and Baran Bo Odar will look at these issues in a fresh and interesting way (through the techniques of our favorite genres).

We note with pleasure that according to preliminary information, the music in the teaser (and in the series itself) is the work of the composer of Dark Ben Fros. In addition, we offer you a few interesting things – the first official photo of the main characters, the title of the first (out of seven) episode, storyboard, several photos from the camera test and a look at the beginning of the construction site of the “virtual production” in the style of Mandalorian (something we will see more and more in the future).

The premiere date is not yet known.