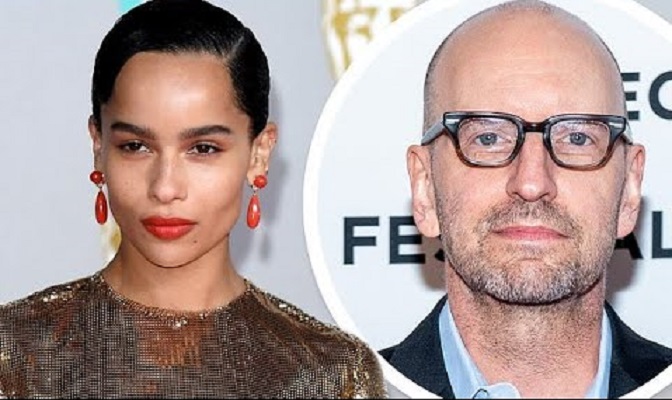 Steven Soderbergh is Directing the Thriller KIMI with Zoe Kravitz

Now we will surprise you – Steven Soderbergh is still around! Can you imagine? That’s right, we are also not surprised by this information, which is the opposite of news, but we continue to rejoice in this fact. With the exception of Woody Allen, we can’t think of another such productive director who, on top of that, manages to engage and entertain us with his films every time – even if he is not everyone’s favorite, it’s always worth watching.

Steven Soderbergh’s new project is part of his joint deal with HBO, from which we have already watched Let Them All Talk, and we are about to see the much more action-oriented No Sudden Move. The third film that Soderbergh is working on with HBO will be called KIMI and oh, luckily, it’s kind of a complicated crime again. This man knows how to caress our curiosity.

KIMI follows a young woman who works in the field of technology and is an agoraphobe. During a routine data check, she finds records, evidence of a violent crime and tries to report it up the chain in her company. Faced with resistance and bureaucracy, she realizes that in order to intervene, she will have to do one thing she fears most – leave her apartment.

The summary definitely sounds very interesting to us, because it includes various elements that, in our opinion, fit perfectly into Soderbergh’s style – the machinations of large corporations, crimes and a mentally unstable character who has to overcome their fears. Overall, agoraphobia in movies works well because it introduces an instant obstacle for the character, which is not the standard fear of revenge, if he decides to do something noble against the “great evil”.

Starring Zoe Kravitz. Although we are not great fans of her, we immediately realize that we usually see her in some elevated, slightly eccentric, but also quite standard roles of a sexy hippie babe and the opportunity to see in something outside her standard roles, as a young woman terrified from the outside world sounds curious to us. In this line of thinking, we are waiting to see how will she perform in the costume of the Catwoman in The Batman coming out in 2022.

One of the most exciting things about KIMI is that the screenplay was written by veteran David Koepp, author of the first Jurassic Park, Spider-Man and Mission: Impossible, as well as War of the Worlds and Panic Room – all very impressive action-adventures that we love watching. It is true that we deliberately do not mention some of his great failures as a screenwriter, one of them being a film that we refuse to admit exists, but decide to focus on the positives.

KIMI also includes Jacob Vargas, Jamie Camille and Byron Bowers in its cast. So far, there is no announced start date for the production, but from everything we know about Soderbergh, we are sure that we will not have to wait very long to see the finished product.