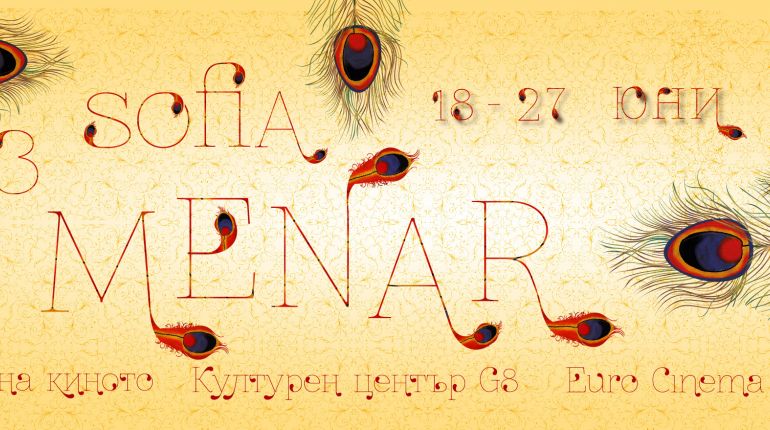 Sofia MENAR Returns to the Cinemas

The thirteenth edition of the Middle East, Central Asia and North Africa Film Festival Sofia MENAR will launch in cinemas on June 18 with the most watched film from the online edition in January Just 6.5. Over 15 titles will be available at the Cinema House, G8 Cultural Center, Euro Cinema and FCC – Varna until June 27.

Among the stars in Just 6.5 are Peyman Moadi and Navid Mohamadzade . The tense thriller draws us deep into the underworld of Tehran, where the elusive Nasser rules, whose life is embittered when the angry detective Samad follows in his footsteps.

The film is among the most awarded Iranian titles of the last two years, awarded Best Director and Best Actor ( by the Tokyo IFF, Best Film by the Zurich IFF, Best Film Awards, Best best director, best actor – shared award between the two leading actors Payman Moadi and Navid Mohammadzadeh and award for cinematography from the Hafez Awards, audience award from the Fajr-Tehran IFF, nomination for the Horizons Award at the MF nomination for “Golden Hugo” at the Chicago IFF, nomination for best film at the Belgrade IFF and dozens of other participations in international film festivals.

Narges Abyar’s new film Breath will also have its Bulgarian premiere. The big favorite of the Fajr Festival in Tehran won the forum’s leading awards for best film, direction, leading male and leading female role, as well as the audience award from the Tallinn IFF. The story follows the lives of lovers Abdulhamid and Faeze, whose idyll is broken when the woman discovers that her husband’s parents are involved in illegal trade, which can lead to fatal consequences for all.

Kazem Mollaie’s The Badger is coming to Bulgaria with an award for best film from the Austin Film Festival, a jury award from the Bangkok IFF and nominations for best film from the Shanghai, Dhaka and Salerno festivals. The film tells the story of Sude and her son Matiar, who is suddenly abducted and Sude is forced to turn to her ex-husband to save the child.

The new film of the doyen of Iranian cinema Rasul Sadrameli “My life in the second year” was awarded the prize for best actress of the Moscow IFF and nominated for “Golden St. George ”. The film is the debut of Soha Niasti, which partners Ali Mozafa and Babak Hamidian . The lives of two friends are completely confused after they go on a trip to Isfahan. 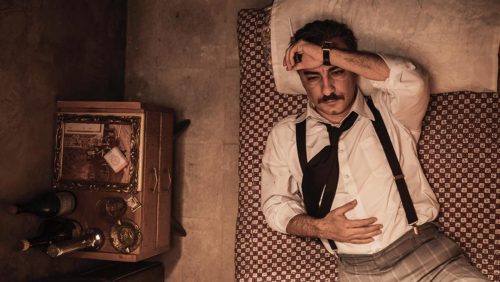 Prison Guard is Nima Javidi’s second film since his hugely successful Melbourne debut. The prison drama follows Colonel Jahid’s efforts to grow in the hierarchy until one of them disappears during the evacuation of a group of prisoners and the colonel is faced with a fateful choice. Among the cast we find Navid Mohamadzade , Mani Hagigi and Setare Pesiani. The film won an award for directing from the Fajr IFF and a nomination for best film from the Sao Paulo IFF.

Among the highlights of the documentary selection of the festival are the films of Jan Arthus-Bertrand Man, Algeria from above and Earth, which are included on the occasion of the upcoming 75th anniversary of the famous photographer. In 2016, Bertrand personally came to Sofia to present the director’s version of Man and to this day is one of the faithful friends of the festival, whose films always find a place in the selection of Sofia MENAR.

Sophia Dia Pegrum and Jen Miller, who have spent more than a year in the vast expanses of Kyrgyzstan exploring the lives of nomads and their best friends, the horses, have emerged as one of the audience’s favorites so far.

Another favorite film from this year’s selection is Between the Wall and the World by director Samir Kumsie, who decides to accept the challenge of traveling the world with one of the most restrictive passports – the Palestinian one. For a period of three years and countless visas issued, he traveled from Palestine to Europe and from there to the jungles of the Amazon. Along the way, he meets dozens of interesting people who help him get through the walls that modern society erects in front of the inhabitants of certain regions of the world.

The most provocative film in Sofia MENAR’s documentary selection this year is Punk Forever by Frenchwoman Dominique Kobe, who explores the punk scene in Morocco. For 8 years she followed her protagonist Stoff, one of the faces of underground culture in Casablanca. She shoots him everywhere: from music festivals, through his meetings with friends to prison visits, after Stoff was convicted during the filming of the film.

Sofia MENAR is organized by Pozor.