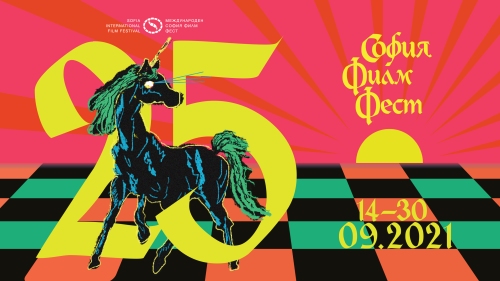 The jubilee 25th Sofia International Film Fest will also have an autumn edition from September 14 to 30. Its motto is “Meet the cinema”, because the aim of the festival team is to make possible the meeting with some of the special guests who arrive in person in Sofia to present their films to the Bulgarian audience.

Strict observance of the anti-epidemic measures is ensured – both in the cinemas and outdoors on the territory of Sofia Summer Fest in the park behind the Museum “Earth and People”.

The official opening of the special edition of the 25th Sofia Film Fest is on September 14 at the Sofia Summer Fest with the Bulgarian premiere of “Brighton 4” – the latest film by Georgian director Levan Koguashvili. The director will personally come to Sofia. Bulgarian co-producers of the film are Stefan Kitanov and Mira Staleva (Art Fest). Brighton 4 premiered this year in Tribeca, where it won three awards, including Best Picture.

The same evening, two special SFF awards will be presented – to Hungarian director Cornel Mundruzzo, winner of the Best Film Award at the first international competition at Sofia Film Fest in 2003, and to film critic Yanko Terziev, a longtime friend of the festival.

During the autumn edition of the 25th SFF, a special award will be presented to the first guest in the history of the festival – the American director Lech Kowalski, who will also come in person to Sofia to present his latest films and punk films. the classic “DOA”.

Among the most important guests of the autumn edition of SFF will be the Finnish director Mika Kaurismaki, who will receive the Sofia Award of the Sofia Municipality for his contribution to the art of cinema. A retrospective of his films will begin at the Cinema House on September 10, and during the “Finnish weekend” of the festival (September 18-19) the audience will have the opportunity to meet the legendary director, with his latest film “A Calm night ”, as well as with Eva Putro, the screenwriter of the film“ Tuve ”, dedicated to Tuve Jansson.

Another of the awarded young authors will have the pleasure to receive his prize in person in Sofia – the Brazilian director Juli Gerbase arrives especially to present his film “The Pink Cloud” to the audience in Bulgaria and to receive the Grand Prize “Sofia – City of Cinema”. awarded for the best work in the competition program of the festival for first and second films.

The President of the International Jury of the 25th SFF Teodor Ushev will be a special guest at the autumn edition of the festival, personally presenting a selection of his short films, as well as his world-famous films “Blind Vaysha” (Oscar nominee) and “Physics of Sorrow” “. He will meet with the audience in the traditional public interview “Sofia – City of Cinema” at the Cinema House on September 18.

Newer PostHBO Max is Coming to Europe in the Fall, and in Bulgaria in 2022
Older Post 13 Bulgarian Films Become Part of the Netflix European Catalog