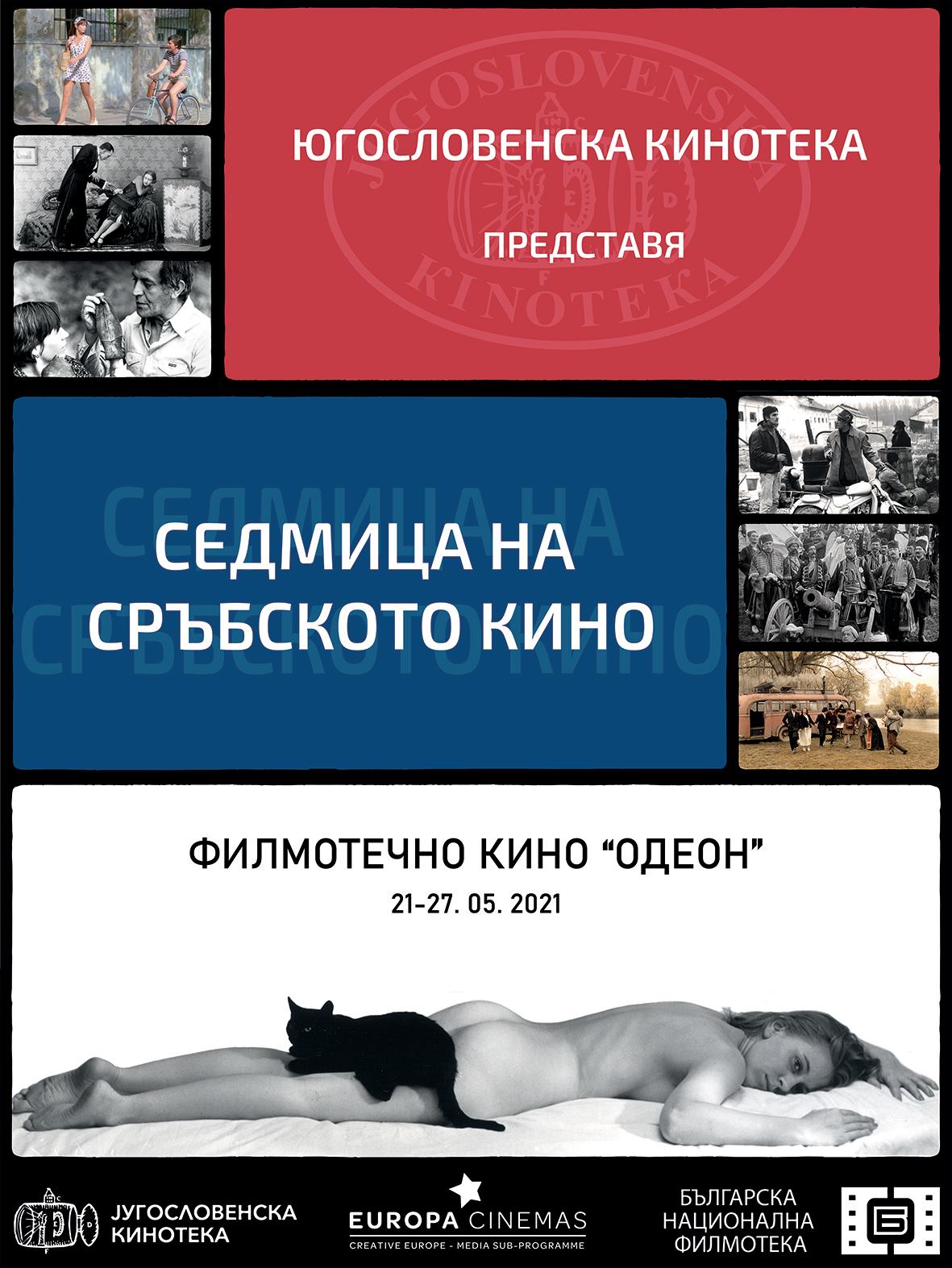 The event will be held at the Odeon Film Library from May 21 to 27, 2021. The selection was made by the two film archives. Within 7 screenings will be shown 8 films created in different periods. All of them have been digitally restored by the Yugoslav Cinematheque.

The closing screening is with the film Varljivo leto ’68 by the great Goran Paskaljević. He is one of the most talented representatives of the “Prague School” in Yugoslav cinema. The extremely funny comedy with political notes is not just a tribute to the great Czech comedies of Forman, Menzel and Hitilova. The film is an original tragicomic look at maturation during the events of 1968, when students around the world, including in Yugoslavia, fought against the status quo and demanded change. When released, the film enjoyed great success with audiences and became the basis for the successful career of its director.

The highlight of the program is the brand new digital restoration of the silent film Gresnica bez greha by Kosta Novakovic. The film tells the melodramatic story of the adventurous Lyubitsa. She decides to leave her home village to study in the big city. The remarkable contrast between the authentic archaic Serbian village and the metropolis of Belgrade is shown, with dangers and crime lurking on every corner.

The second feature film of Serbian and Yugoslav cinema pioneer Kosta Novakovic manages to balance out-of-town landscapes with the hectic daily life of post-war Belgrade. The capital quickly embraced all the innovations of the West – fashion, music and a hitherto unknown way of life. This version of the film is created by the combination of a newly discovered, hitherto unknown film roll containing tinted different parts of the film and the only existing black and white copy. What we will see on the screen is as close as possible to the original version of the film, of which only a few fragments are missing.

Especially for the restored version, original music was composed and recorded by Milos Krastic.

The screening is free!

More about the digital restoration of Gresnica bez greha here:

The program includes Ilija Stanojevic’s oldest Serbian film, Karadjordje. It is a historical drama about the First Serbian Uprising against Ottoman rule in 1804 and its leader Karadjordje Petrovic.

The first Serbian and Balkan film, Karadjordje, is an undisputed masterpiece of Serbian cinema. It was found in the summer of 2003 in the Austrian Film Archive in Vienna, along with most of the collection of Serbia’s first film producer, Svetozar Botoric, lost more than 75 years ago. Especially for the restored version, original music was composed and recorded by Vladimir Pejkovic.

The special screening of Karadjordje will also include the documentary chronicle Bulgarian prisoners of war in the Belgrade fortress of Kalemegdan by cameraman Slavko Jovanovic. The footage shows part of the lives of captured Bulgarian officers and soldiers at the end of the Inter-Allied War of 1913. The first Bulgarian soldiers captured during the fighting with the Serbs were transported by train to Belgrade on June 21, 1913. The leading group of 17 captured officers and 1,200 soldiers, part of the Rila Division, were escorted through the streets of Belgrade to the Kalemegdan fortress.

Ljubavni slucaj ili tragedija sluzbenice P.T.T. by the great Dušan Makaveev will also be shown. His second feature film and one of the first of the Black Yugoslav Wave enjoyed considerable success, especially abroad. It is distributed in over 60 countries. The film is an unusual hybrid between feature and documentary cinema. One of the peaks of Dusan Makaveev, where he demonstrated his sarcasm towards socialist society.

Kad budem mrtav i beo by Živojin Pavlović. At times a humorous, but above all cruel and tragic tale about the sufferings of a young Serbian provincial who is trying to transcend his humble origins. With this film, attacked by the authorities and classified as a representative of the Black Yugoslav Wave, director Živojin Pavlović proves himself as a leading figure in Serbian cinema and an uncompromising critic of the anomalies of socialism. Today, his film is considered a classic in Serbian and Yugoslav cinema.

Miris poljskog cveca by Srdjan Karanovic, one of the most prominent Yugoslav directors who graduated from the famous Prague Film Academy (FAMU) and is known as the “Prague School” in Yugoslav cinema. As in his previous films, he uses models for most of the roles. Miris poljskog cveca is a smart film that covers a variety of topics. It also features the exceptional music of Zoran Simjanovic.

Serbian cinema is not just Kusturica! The team of the Bulgarian National Film Archive creates a balanced selection between the first attempts at cinema, not only in Serbia but also in the Balkans and little popular in our country, but acquired cult status around the world with samples of Yugoslav cinema. Welcome to the Odeon movie theater to see for yourself!

The movie Gresnica bez greha is free! All other films are priced at BGN 5. The films will be presented by film specialists.

Bulgarian prisoners of war in the Belgrade fortress of Kalemegdan

The screening is part of the “A Season of Classic Films” initiative.