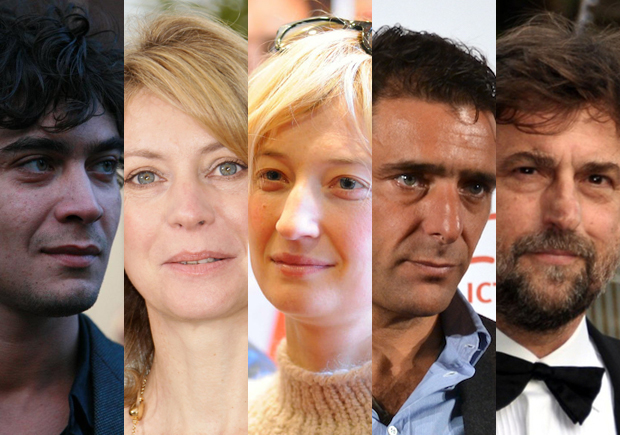 The awards of the 74th Cannes Film Festival have already been handed out, the winners are rejoicing, and we are in a hurry to delight the Bulgarian audience with the news that some of the films in the program of this spectacular film forum will have their Bulgarian premiere at Cinelibri 2021!

After being canceled in 2020 due to the pandemic, this year’s Cannes Film Festival, which usually takes place in May, took place live between July 6th and 17th, and some of the world’s most famous filmmakers paraded on the red carpet again. We were pleasantly surprised by the fact that nearly 70% of the films included in the main selection were created on the basis of literary works – a clear sign that in times of crisis, art turns to the content and its quality.

The upcoming seventh edition of Cinelibri will take place between October 9 and 31 in Sofia and seven other cities in the country under the motto “Divine Comedy” on the occasion of 700 years since the death of Dante Alighieri. The film and literature program that the festival team will offer to its loyal audience is extremely impressive and curious. Among the film productions arranged in Cannes is Nani Moretti’s long-awaited dramatic comedy “Three Floors” based on Escol Nevo’s bestseller. The Israeli writer is already well known in Bulgaria precisely thanks to this work of his, which is a brilliant experiment with the novel as a genre, but also with the attempts of a diverse society to discover its identity. The three floors of the title correspond to three separate confessions – a metaphor of the main stages in the theory of personal development of Sigmund Freud.

Another significant title is “The Story of My Wife” by Ildiko Enedi, an adaptation of the novel of the same name by Milan Fusht, linked as the pinnacle of his work. The Hungarian director made a splash with her 2017 film “For Body and Soul”, which was awarded the “Golden Bear” at the Berlin Film Festival, and was also nominated for an Oscar for Best Foreign Language Film. The provocative French-Dutch biographical story “Benedetta” by director Paul Verhoeven, an adaptation of Judith Brown’s book “Indecent Actions: The Life of a Lesbian Nun in Renaissance Italy”, is eagerly awaited. The director of “She,” “The Black Book,” and “Primary Instinct” does not betray his instinct to confuse criticism and scandalize the general public.

We will have the pleasure to see “Drive My Car” by Japanese director Ryusuke Hamaguchi – the film deservedly ranked among the favorites of the jury in Cannes and won the award for best screenplay, and the latter was inspired by a story by Haruki Murakami. We will also enjoy the film Le Quai de Ouistreham (Between Two Worlds) by the famous French writer, screenwriter and director Emmanuel Carrer – starring Juliette Binoche.

Connoisseurs of Francois Ozon’s style will not be disappointed, whose new film “Everything went well” will also be among the highlights of Cinelibri 2021. The main role in this drama, based on a real case, is entrusted to the charming star of French cinema Sophie Marceau. She is partnered by the dignified actresses Charlotte Rampling and Hannah Shigula. Meanwhile, screenings of the youth drama “Summer 85” are still taking place at the G8 Cultural Center, which was crowned with numerous awards after its presentation at last year’s edition of the festival.

The film premieres in October are expected to be visited by many special guests, incl. directors, screenwriters, writers, actors, real luminaries on the European film and literary scene. This year, too, the format of Sinelibri will be in line with the health situation in the autumn. We are about to announce the official vision and video of the festival, on which the artist Maria Nalbantova is working – an artist with sparkling talent, whose artistic messages are aimed right at the heart!