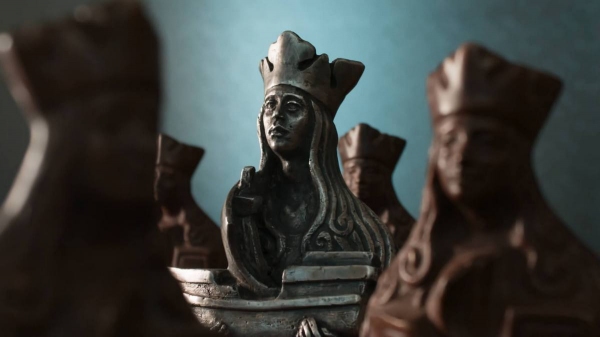 An entirely international jury selected the winners in the categories for Best Bulgarian Film, Best Feature Film and Best Animated Film in the Silver Princess competition. IN THE PALACE sends the films awarded in this competition to the Oscar competition of the Academy of Motion Picture Arts and Sciences in the USA.

For Best Feature Film, Swiss director Tristan Aymon’s Black Hole was awarded for “the subtle and unpretentious re-creation of a very intimate and sincere experience that takes us back to our own youth, the first thrills of love and separationl.” The characters are memorable and authentic. The director’s fresh take and his distinctive visual language leave a deep mark in the viewer’s mind.

The Russian Boxballet directed by Anton Dyakov took the award for Best Animated Film. “Exquisite use of classical technique and humorous depiction of a surprising love story” – the jury motivated its choice.

In another major competition of IN THE PALACE – Oscar qualifying for Student Academy Awards® – both films – winners are from Poland. A jury consisting of Julian Cornwall (UK), Teodora Markova (Bulgaria) and Yusuf Saigi (Turkey) awarded Rosalia Ogonovska’s  May the World Not Carry You for Best Student Animated Film, and Tadeusz Lisyak’s The Dress was named Best student feature film.

The winner of IN THE PALACE’s new category – NOT SHORT AT ALL FILM COMPETITION – is the Ondine feature of Oscar-nominated and Academy member Polish director Tomasz Sliwinski. The jury shares “This deep and multi-layered story is presented through the world of the hero in such a natural, unpretentious and authentic way that it completely won our hearts.”

A list of all winners of the 18th edition of the IN THE PALACE International Short Film Festival can be found at https://inthepalace.com/en/18th-palace/festival.html#18th_0

Newer PostElliott Erwitt: Silence Sounds Good is the Winner of the Online Audience Vote of MASTER OF ART Festival (Trailer)
Older Post BGN 4.2 Million in Support of the Professionals in the Field of Music Art