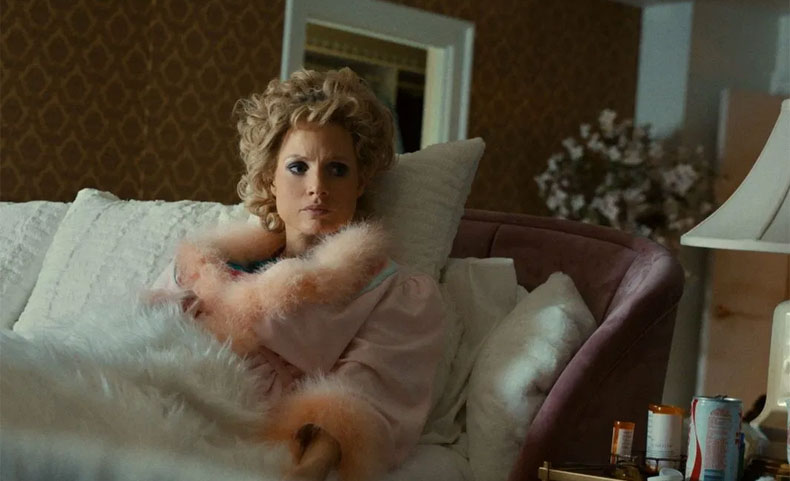 Due to the long delay caused by the pandemic, we are now just beginning to see promotion for many films that we first discussed two or three years ago, which makes us go back to the archives and recall what we are still waiting with interest for which we have probably forgotten. One of these projects is definitely “The Eyes of Tammy Faye”, where Jessica Chastain and Andrew Garfield will play a pair of American “TV evangelists”.

We first recall that in Michael Shawolter’s new film, Chastain and Garfield play the married couple Tammy Faye and Jim Baker, who build a lucrative empire, which later falls apart loudly due to all sorts of behind-the-scenes dramas, the main of which is sexual harassment charges. Jim. This is clearly a relatively well-known story in the United States, although most of us hear these names for the first time, and the film will show them at different stages of their lives to tell the whole story of the rise and fall.

Over the years, respectively, the characters will change visually, but definitely even the original basic appearance of Jessica Chastain in this role is something that shocks and amazes us – she is practically unrecognizable in the role, because of the makeup and prostheses that were used to make her to look like someone who has a completely different face from herself.

It is immediately clear that make-up will be the leading topic when it comes to “The Eyes of Tammy Faye”, probably even until the award season, which is completely justified. However, most of all we will wait to see how the story of the people themselves is told, what is the overall tone and attitude towards the characters and events. One of the most interesting aspects of the plot is that this story has already unfolded in front of the general public and its ostentation has had a huge impact on the mass perception of Tammy Faye and Jim Baker. As a topic, this is very interesting to look at, reminds us of “American Crime Story: The People vs. OJ Simpson” – there the process itself was only half the story, understanding, public opinion and media coverage were the other half.

“The Eyes of Tammy Faye” was directed by Michael Showalter (“The Big Sick”, “Wet Hot American Summer”) and written by Abe Sylvia.

The premiere is scheduled for September 17.