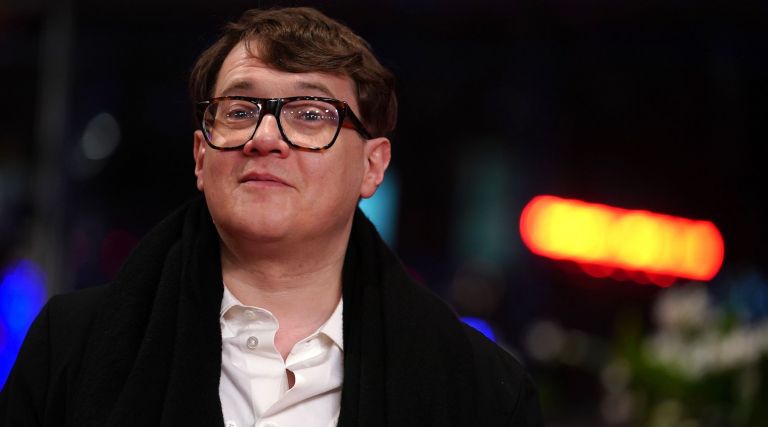 The multimedia project, dedicated to the life of the Soviet physicist and Nobel laureate Lev Landau, acquires an almost mythical status as one of the most ambitious endeavors in modern film history.

Ilya Khrzhanovsky was born on August 11, 1975 in Moscow. Graduated in directing at VGIK. His first major success came with the 2005 film “4”.

Rebellious and innovative for Russian cinema, he has received international recognition and awards from festivals in Rotterdam (the Tiger Prize), Antalya, Athens, Buenos Aires, Sochi, Transylvania, etc., as well as a nomination for the European Film Awards.

Ilya Khrzhanovsky’s project “DAU” (13 films) was presented at the second Sofia Meetings in 2005. In early 2019, two Parisian cinemas realized part of the interactive experience, constructed of feature films, visual projects and art installations, for which viewers have received personal “visas” accompanied by a special smartphone- “guide” the viewer in this challenge.

The film “DAU. Natasha” was selected in the main competition of the Berlinale 2020 and awarded the “Silver Bear” for the cinematography of Jürgen Jurges (worked with Fassbinder and Wim Wenders).

The whole project is dedicated to the life of the Soviet physicist and Nobel Prize winner Lev Landau (1908-1968).

The idea is to present in a credible artistic form the totalitarian regime in the Soviet Union during the Stalin years and beyond.

“DAU” is a semantic code for the then top-secret scientific institute of Prof. Landau. The multimedia project, shot for more than 10 years, is changing the way cinema is made in general. The photos are uninterrupted, 24 hours a day, in a building in Kharkov called the “Institute”, completely transformed in the spirit of the era, into something like a parallel reality.

Hundreds of participants decided to abandon the familiar everyday life and agreed to engage in this kind of scientific and philosophical experiment, as every detail of their lives is subject to filming.

Among the participants were Marina Abramovich, opera and theater director Peter Sellers, Peruvian shaman Guillermo Arivalo Valera and many others.

The films are made with a radical cinematic language on the edge between feature and documentary cinema, almost without professional actors, and for some of the roles are engaged real scientists – professors and even a former KGB investigator who plays himself.

More than 700 hours of material were recorded on 35 mm tape.

The focus of “DAU. Natasha” is only on part of the project material – the film will be presented in the program of the autumn edition of the 25th SFF personally by its authorIlya Khrzhanovsky, who was a member of the International Jury of the festival. The meeting with him is forthcoming on September 16, 2021.