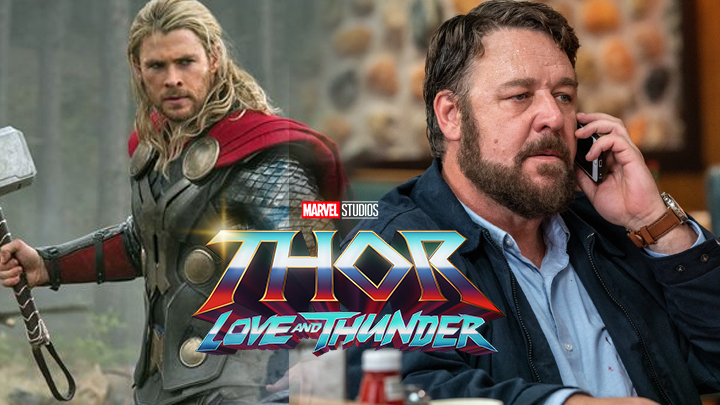 There is no crazier combination than an Australian macho with a sense of humor and a New Zealand trickster with a masterful look at the movie story. Dear (future) viewers, a multifaceted actor, whom we have seen in all sorts of roles over the years, Russell Crowe himself, enters your attention on the territory of the preparation prepared by Taika Waititi Thor: Love & Thunder.

Marvel has long decided that they should experiment with the interest of viewers – after Thor: Ragnarok worked, lifting the series about the god of thunder from non-existence, in which he collapsed with the second film Thor: World of Darkness, it’s time for “more of the same,” which means Waititi will once again direct the blond muscular handsome Chris Hemsworth.

It is unknown at this time what role Russell Crowe will be assigned and we will be very disappointed if he is entrusted with (only) an episodic cameo. The cast will include Chris Pratt as the notorious Peter Quill / Starlord, as well as Christian Bale, whom we expect as a villain. We are not thrilled with the promise that Natalie Portman, as Thor’s ex-girlfriend, Jane Foster, will at some point take away his cloak, responsibilities and even spin Mölnir. The team also includes Tessa Thompson, Jamie Alexander, Melissa McCarthy, Sean Gunn and (in unspoken tradition) the director himself.

We have to wait and hope that Taika Waititi will come up with something really infinitely unusual to outdo himself and present to the patient fans something super-intriguing.

For now, the premiere date is February 11, 2022, and let’s see if the film will be completed on time.

Newer PostTrailer for Zola by Janicza Bravo with Taylour Paige and Riley Keough
Older Post Trailer for the 2nd Season of Love, Death and Robots by Tim Miller and David Fincher