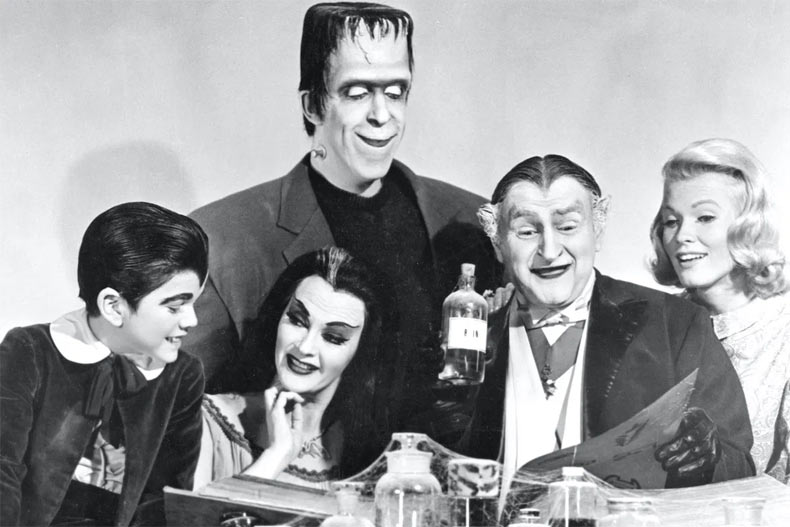 How many of you remember the sitcom classic from the mid-sixties “The Munsters”? The series tells the story of a family of good monsters from Transylvania who live in an American suburb and are considered the typical American family. Their images are borrowed from popular Universal films such as Frankenstein’s Monster, Dracula and The Wolf Man. The original series has two seasons and seventy episodes behind it in the period 1964-1966. Of course, that’s not all from The Munsters, which has received several television movies over the years, as well as one with a movie distribution.

Now imagine Rob Zombie working on a new and modern version for the family of kind-hearted immigrant monsters. In case you don’t know the name or forget it, let us remind you that Zombie is behind movies like “House of 1000 Corpses”, “The Devil’s Rejects”, “The Lords of Salem”, “31”, “3 From Hell ”and both parts of the Halloween remake. These are mostly dark, brutal and bloody films that are very difficult to fit into a comedy like “The Munsters”. The reality, however, is that this will be the director’s next film.

Rob Zombie himself announced the news on his Instagram account. He claims to have pursued the project for the past twenty years and finally has the green light to implement it. It’s still too early for fans to rejoice, because several times in the past two decades, “The Munsters” have been on the verge of revival (after “The Munsters Today” in the late eighties of last century). Most iconic is the experience of series creators such as “Pushing Daisies” and “Hannibal” Brian Fuller, who in 2012 developed a pilot episode aimed at serving as a reboot of the series, but NBC abandoned the idea. It was later released for Halloween as a bonus for fans.

There is no information at this stage, but Rob Zombie promises to keep all fans informed as soon as something new appears. It will be interesting to see how the dark and bloody vision of the director will fit into the context of “The Munsters” and whether we will not see a new side of him. We will also try to release updates as soon as they appear.