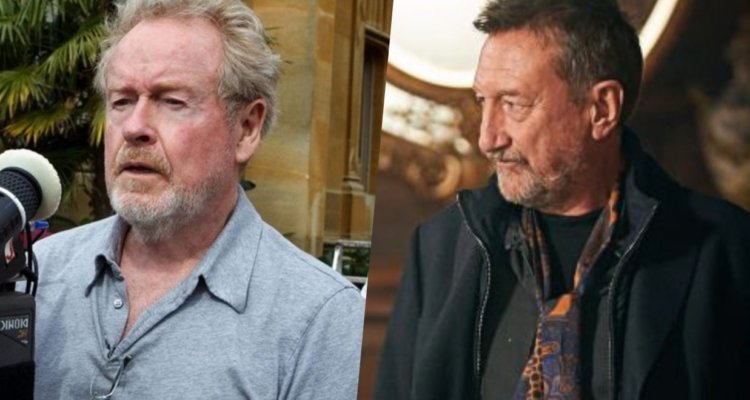 Despite the feeling that we have already watched all possible movies and series about the Second World War when two great authors come together to tell us a new story about this dark period of world history, we can not help but be intrigued. This is Ridley Scott, who needs no introduction and Stephen Knight who can introduce himself as the creator of Peaky Blinders and writer of Locke, Dirty Pretty Things and Eastern Promises.

The two titans will join forces for a mini-series called Roads to Freedom, which, unlike other similar projects, which are usually told from an Anglo-American perspective, will be a “multinational, broad view”, including a variety of points of view. For Ridley Scott himself, this is a very personal story, based in part on his own experiences in the United Kingdom after the war, as well as the stories of his father, who played an important role in rebuilding German cities after the devastation. The series will be adapted from a series of books by Sir Anthony Beaver, who will co-write with Stephen Knight.

The main goal of Scott and Knight’s project seems to be to show unseen before point of view by characters from Russia, Germany and France, who during and after the war fought to establish the positions of power of their countries, which subsequently led to the Cold War. The idea of ​​Roads to Freedom sounds quite interesting to us because we are definitely tired of seeing Americanized stories about WWII – we know their pattern and do not want to watch the same story again, just decorated with new characters. However, if Scott and Knight really manage to bring to our screens a story about this period that we have never seen before, we would certainly give it a chance.

After all, in recent years we may not like all (or even most) of Ridley Scott’s work, but he has already secured the status of a legend and we are certainly interested in each of his projects (we are closely following the upcoming The Last Duel and  House of Gucci), and when we add that Steven Knight continues to enjoy his work, Roads To Freedom cannot fail to rank among the top positions in our lists of expected projects.

Roads To Freedom is planned for 10 episodes and as we have already said, they will be written by Knight and Beaver, and Ridley Scott will most likely direct only the first one or two. However, when an author like him puts his name behind such a project, we will certainly not miss it. An official start date for the production has not been announced yet, and even a studio has not yet backed the idea, but we are sure that this will not take much time and we will cover further news with interest.

Newer PostMatthew McConaughey will Star in the Sequel to A Time to Kill — A Time for Mercy
Older Post Vigo Mortensen, Colin Farrell and Joel Edgerton in Ron Howard’s Thirteen Lives