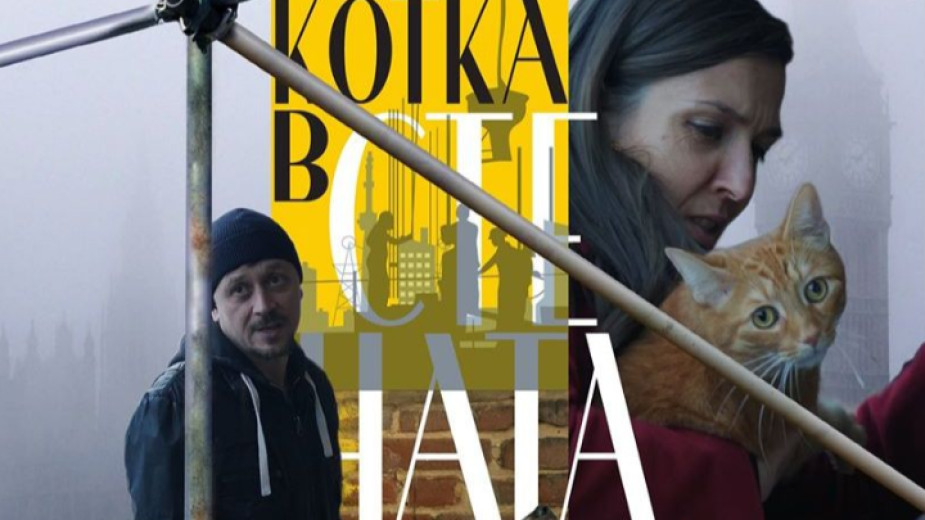 Review: Cat in the Wall

A political film with a heart is the feature debut of the tandem Mina Mileva and Vessela Kazakova. Mileva has been based in London for almost 20 years, the case of the lost cat and tolerance in the ethnically colorful building in the southern district of Peckham has been experienced personally. Kazakova is an iconic actor in the new Bulgarian cinema (Mila from Mars), the two together made the uncompromising documentaries Uncle Tony, the Three Fools and DS and The Beast is Still Alive. Cat in the Wall is just as uncompromising with the emotional power of reporting from the scene.

Irina is a single mother with a degree in architecture from Bulgaria. With dignity and will, she refuses to live on benefits, works in a bar, while at night she prepares another rejected project. She has her own home in a municipal building that looks like an overseas ship. Multicultural “Titanic”, inhabited by workers, poor middle class, drug addicts and found black immigrants. The building is an actor. Irina has a small, impressionable son who loves animals, and a recently arrived brother (Angel Genov), a historian and unemployed teacher who plays with him during the day. They shelter an abandoned cat in the cold. She turns out to be a family that knows how to hate.

The municipality is starting an absurd and pointless renovation to shake money out of the owners. Those on benefits do not pay anything. Irina escaped from “mobsters and liaisons” to meet bureaucratic apathy. She leads a doomed battle, she herself like a cat within the walls of xenophobia and inability to listen to the other. She hasn’t painted for so long, she hasn’t “fed her soul” for so long.

The film is honest, with an atmosphere of hopelessness (behind the camera Dimitar Kostov) and music (Andy Couton) in the rhythm of the heart. The refusal of playful “beauty” in places is at the expense of drama and spectator involvement. The story is sacrificed for the sake of observation and the message. Person is not an island. But England is an island.