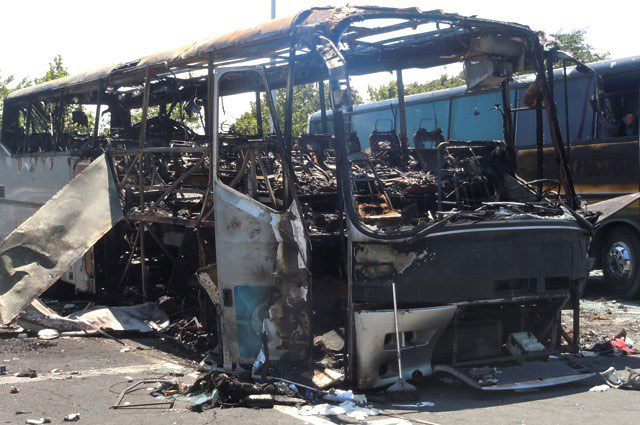 Remains of Life — Feature Film About the Terrorist Attack in Burgas

“I know the spiral of revenge, which has its deep radicalizing political background. But in the general feeling of loss and sadness, I felt a special sense of injustice when the worlds of people sank with statistics on the victims of the attack, with their personal victories and defeats, love. After the first terrorist act in our history on Bulgarian territory was committed in Burgas, I began to study the stories of all those who died in it, and I decided to make a film about them because I think an ideology that takes a human life can only be opposed with values. “

This is how Sevda Shishmanova answers the question of why she wants to make a feature film about the attack in Burgas. When a bus carrying Israeli tourists was blown up at Sarafovo Airport on July 18, 2012, killing seven people, she was BNT’s program director. Because of her experience as a military correspondent and the coverage of attacks in various regions of the world, from Afghanistan and Pakistan to London and Istanbul, she is following the case, the investigation and the process with great interest.

Shishmanova specialized in feature film directing and when she left the state media (in 2017) she started working on the film project, doing her research for more than two years. Thus, she managed to meet the relatives of the Israeli citizens killed in the attack, to learn a lot about the life of each of them and about what happened at the airport that day. She is specifically investigating the story of the dead bus driver, who is a Bulgarian citizen of Muslim origin.

Remains of Life is the name of a future film that tells the story of the assassination of the victims and the assassin, who also died in the blast

Making a film about a recent tragic event that continues to be traumatic for those affected carries its own ethical risks and responsibilities. Therefore, the script was written on the basis of interviews with the relatives of the victims, surviving passengers and witnesses, authentic photos and videos, professional analysis of the preparation and implementation of the attack.

Sevda Shishmanova will be the director of Remains of Life and this is her first feature film after dozens of documentaries shot while she was an international correspondent at BNT. The co-writer of the film is Milena Petrova, who lives and works in Berlin, and the cameraman is Kaloyan Bozhilov. The producer is the company Red Carpet Films (in its business card are the successful projects of Milko Lazarov Aga and Alienation).

Remains of Life was ranked first in the last session of the National Film Center in the category of films with a limited budget and received funding. Much of the plot of the film takes place in Israel and will be filmed in locations there, and the cast, in addition to Bulgarian, includes many foreigners, so the team will also rely on serious external funding.

“The project will be realized as an international co-production. It was highly praised by the Art Commission for Feature Film at the National Film Center, received Bulgarian funding, but to close our budget we will have to provide funds from international funds. Israel is a natural partner. with an Israeli company based in Tel Aviv. The project already has a co-producer from Germany who will enter the procedure of receiving a subsidy there, “the film’s producer Veselka Kiryakova of Red Carpet Films told Dnevnik.

Remains of Life will be not only the first Bulgarian feature film on the topic of international terrorism but so far no documentary has been made about the attack in Burgas (ed. note – the investigation and trial continued for years and last summer two life sentences were read for the other two assassins involved ). And the event is internationally known and was commented on in an American political thriller – the series Homeland.

The film is a feature film and the plot is fiction, but Sevda Shishmanova’s previous documentary experience determines her directorial approach. Apart from the fact that the script is largely based on the real facts and stories of the characters, she also plans to use authentic, unpublished photos and video material to recreate the picture of the assassination itself and its consequences.

According to Shishmanova, a real-life terrorist project is a great challenge because it affects the memory of the victims, but she believes that “only the magic of cinema can bring worlds back by bringing back torn pieces of life.”