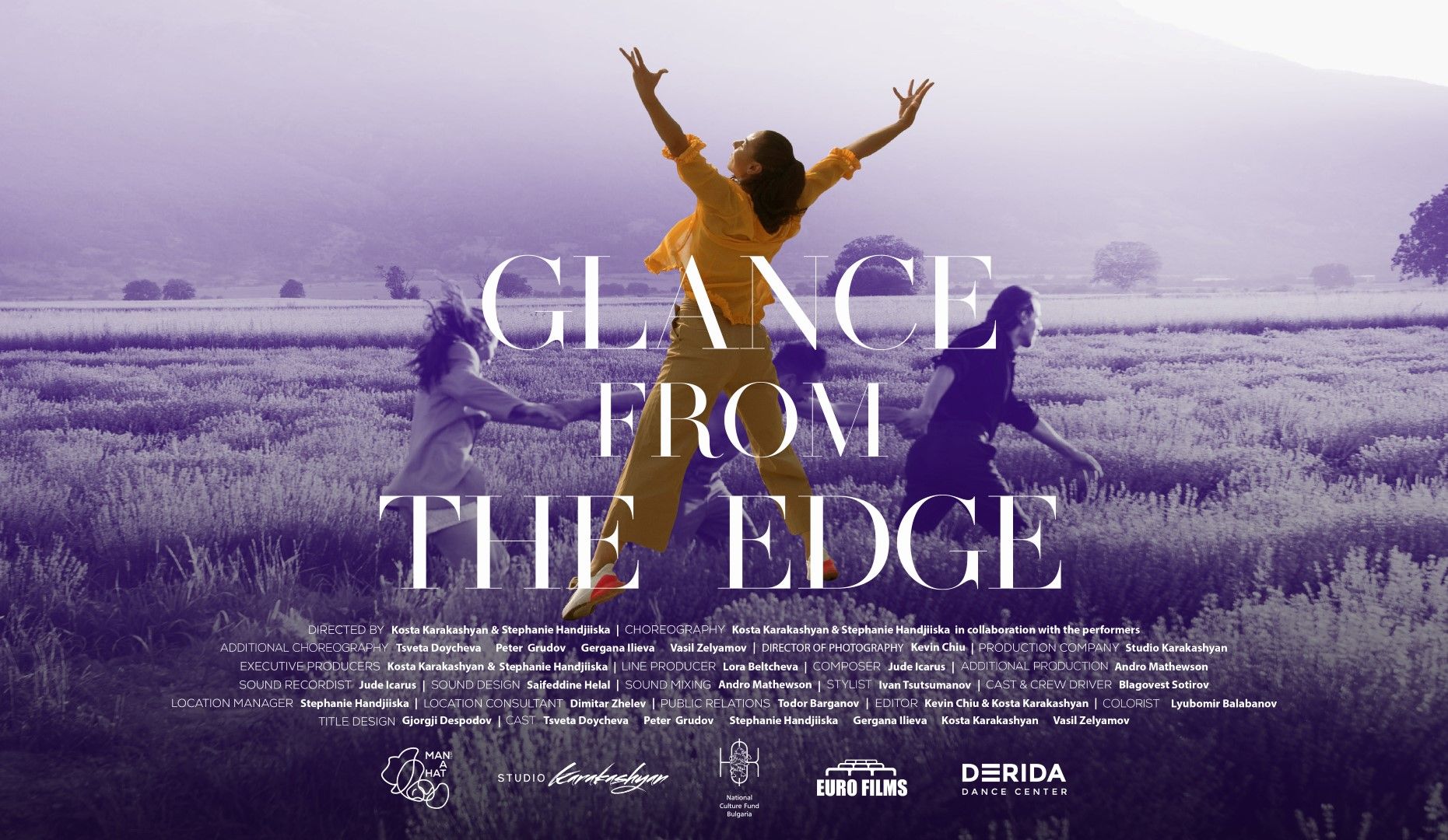 Premiere of the Dance Film Glance from the Edge (Trailer)

The film Glance from the Edge is a poetic tale about six people scattered in a palette of impressive landscapes. Through the language of contemporary dance, they struggle to find their place, belonging and community against the background of the breathtaking beauty of Bulgaria.

The impressive film shot at 12 cultural and historical locations around the country, brings together directors and choreographers Kosta Karakashyan and Stephanie Handjiiska with an international team from New York, Scotland and Tunisia.

The main roles are played by prominent contemporary Bulgarian dancers Vasil Zelyamov, Gergana Ilieva, Tsveta Doycheva, Petar Grudov (along with Kosta and Stefani), and especially in Bulgaria from New York for the project come the cameraman Kevin Chiu and composer Jude Icarus. Additionally, the post-production includes the Scottish DJ with Bulgarian roots Andro Mathewson and the Tunisian composer Saifeddine Helal.

The paths of Kosta and American artists do not meet for the first time. After successfully realizing the short film WAITING FOR COLOR, awarded with over 20 festival selections and the grand prize “Lumiere” from the Cinédanse festival, they continue their successful collaboration on Bulgarian soil.

The film uses the language of modern dance to tell an emotional story about wandering and searching for our place in the world. The locations that the film enlivens with dance are Ovech Fortress, the rock arch near Tyulenovo, Sunny Beach, the Museum of Religions in Stara Zagora, the Submerged Church near Zhrebchevo Dam, the lavender fields near Kazanlak, the Old Town in Plovdiv, the Marble Lake near Pravoslav Thorn and panel blocks in Sofia.

The world premiere of the film will be in Sofia on April 29 at the Cinema House in the ART HORIZONS selection at the Master of Art Documentary Film Festival.

The two directors hope that the film will inspire the Bulgarian audience to perceive Bulgaria in a new way, and will promote it among the international one. “If people go out after the movie and they want to dance, then we’ve accomplished our goal,” say creators Stephanie and Costa.

The film is made with the support of the National Culture Fund and thanks to the residency program of Derida Dance Center.

Newer PostMeeting between Art and Politics: Pop-up Exhibition and Presentation of the Newspaper Pleasure & Pressure
Older Post Hand Drawn Book Presents Sofia of the Past (Gallery)