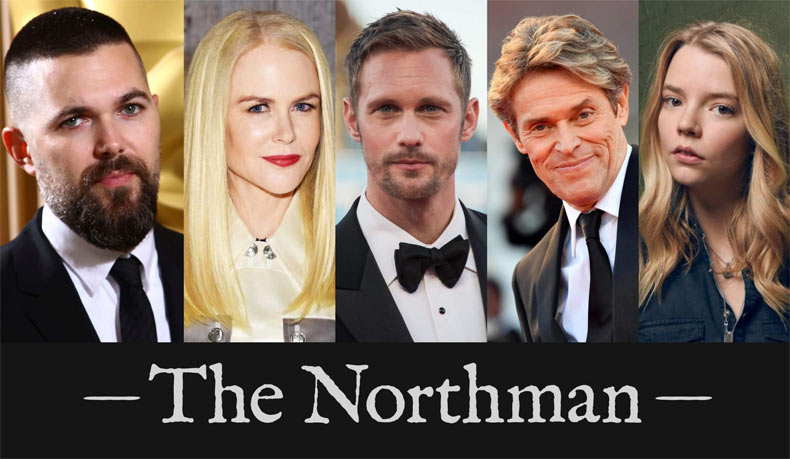 If we think about how many of the world’s most popular Hollywood directors have started their careers with the horror genre, we will be quite surprised by the fact that if not all at least most can boast at least one horror film at the beginning of their journey to the top. Sam Raimi with The Evil Dead, Steven Spielberg with Jaws, Zack Snyder with Dawn of the Dead are just a handful. Of course, it is always debatable whether all these films qualify as “horror”, but still the charm of this genre is that it is very vague and each artist interprets it differently.

It was with his impressive approach, a little more than 5 years ago, that Robert Eggers emerged with his debut low-budget film The Witch, for which we are tired of repeating how much we love him. And if anyone had even the slightest doubt that the success of The Witch was pure and simple luck for the beginner, it was certainly eradicated with his next film The Lighthouse, for which he also received deserved attention. It was long thought that Eggers’ upcoming project would be the long-awaited remake of Nosferatu, but by the end of 2019 it became clear that his plans had changed and he focused on cold Scandinavia and Viking legends.

The script for The Northman is the work of both Robert Eggers himself and the Icelandic writer Sjón, who worked with Lars von Trier on Dancer in the Dark and is a regular collaborator of the singer Bjork. The plot is described as a “revenge thriller” and is, roughly speaking, a Scandinavian version of Hamlet, as it will look at how far a Viking prince (Alexander Skarsgård) can go in seeking justice and revenge for his father’s murder.

Like most film productions in 2020, The Northman faced many difficulties. The shooting, which had just begun in Northern Ireland around early March last year, was suspended indefinitely due to the growing pandemic. They were renewed again at the end of August, and at the end of December it was officially announced that they were finished. Since then, we have been trembling with anticipation, and a few days ago an official premiere date was announced, scheduled for April 8, 2022. Given the gradual normalization of the global situation, we strongly believe that the date will not undergo further changes.

Judging by the previous projects of Robert Eggers, we can safely say that this is his most ambitious so far. This is evident not only in the plot, the studio that bought the rights, but also on the set. Eggers himself shares about the “size” of his upcoming film:

There are many locations in the film, so we constantly went on reconnaissance to find places for photos or to re-evaluate those that we have already found and will now build sets there. We design all the worlds, villages and buildings, we make thousands of costumes and props, we train horses in things they will have to do. We think about what the footage of the movies will look like.

Another element that makes an impression is the cast. A film about Vikings can’t do without at least one brother from the Skarsgård acting dynasty. It was initially announced that The Northman would be the first collaboration between brothers Alexander Skarsgård and Bill Skarsgård, but later Bill left the project due to other productions. As heavy a loss as it may be for some, its absence will hardly be noticed among the brilliance of the rest of the team. Oscar winner Nicole Kidman, who has already partnered with Alexander Skarsgård in Big Little Lies, this time for variety will play not his wife, but his mother and the queen. The role of the murdered ruler and father is entrusted to Ethan Hawke, who recently shared about the pleasant experiences that brought the shooting of this film. Eggers will also mark his re-collaboration with William Defoe, with whom he previously worked in The Lighthouse, as well as Ralph Inesson, Claes Bang, Kate Dickie and Anya Taylor-Joy, whose acting debut is in The Witch. Let’s not forget to mention the participation of the Icelandic singer Bjork, who will return to the cinema after a 20-year absence.

“This is a huge movie, I saw a 4-minute montage of some of the things that had already been shot, and I was really blown away. The combination between Rob Eggers’ imagination and Viking folklore… God, man.”

So far, Robert Eggers may have only two films behind him, but they have proven to be much more valuable than most Hollywood productions in recent years. So we can only hope that even if his budget increases, with The Northman he will not betray his style and will continue to offer us quality film experiences. There is definitely no doubt where we will be on April 8 next year.