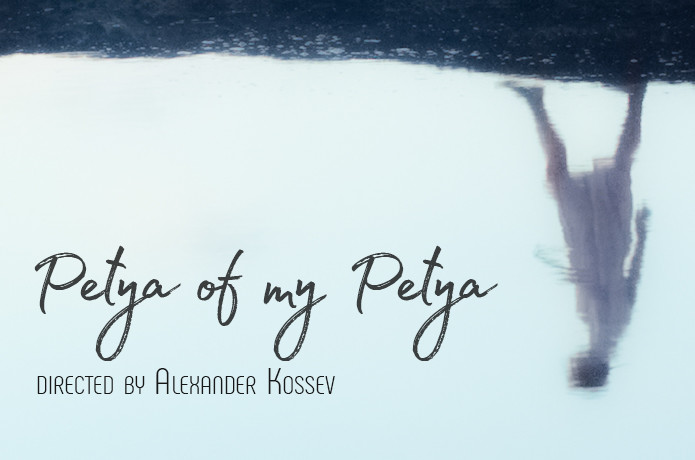 Petya of my Petya — Poetry and Prose between Life and Death

The film Petya of my Petya grabs the attention of the audience with its dynamic storytelling —  the youth’s resistance against the system and the status quo, the unification, the lack of creativity and humane empathy. The emotional plot structure (screenplay: Nelly Dimitrova, Valentina Angelova) — between life and death a young girl meets her idol —  the poet Petya Dubarova, from whom she learns valuable lessons, goes deep into the topic of individuality and the clash of adolescents with the realities of our time. This is recreated through authentic images, which embody a wonderful “stuck” cast – Alexandra Kostova, Yasen Atanasov, Alisa Atanasova , Alena Vergogo Vergov, Albena Pavlova, Vasil Banov, Monyu Monev, Orlin Pavlov.

The film also impresses with its skillful handling of the past and the present, as the lyrical artistic tonality is encoded in the poetic “references” and the “prose” is in reality, with the corresponding skillfully selected color pallettes, shadows and other uses of light. The main character is an idealistic rebel who does not fit into the mold of the system because every era contains its dictators, traitors and romantic “revolutionaries”. Alexander Kossev’s magnificent cinematography and directorial approach also contribute to the high emotional degree of the work, which, without being sentimental, arouses spontaneous empathy. It has a Bulgarian context, characters, experiences, atmosphere, but at the same time a very universal sound (in the universality of the suggestions about family, friendship, the parent-child relationship, student-teacher, talent and limitations, the wrong and true, the reconciliation and resistance, to imagination and reality…).

The spirit of Petya Dubarova is visualized on the screen: directly – through the cinematic character and her resurrected verses, and indirectly through the dynamics of events – personal drama, social conflict, interpersonal clashes; through the position of the main character and her opponents; through the metaphysical encounter of kindred spirits. The film simultaneously educates (meets the young generation with the inspiring world of the poet’s poems, left forever at the age of 17) and artistically rethinks modernity with its challenges and problems (personal, social, ethical). The film boldly reminds us of the courage to live outside the zone of conformism, of the recurring battles where choices determine the face of the world in which we live.

Newer PostBorat 2 and Promising Young Woman Awarded by the Writers Guild of America
Older Post The Exclusive Screening of Bulgarian Epic The Khan and the Empire is Moved to April 12, 2021