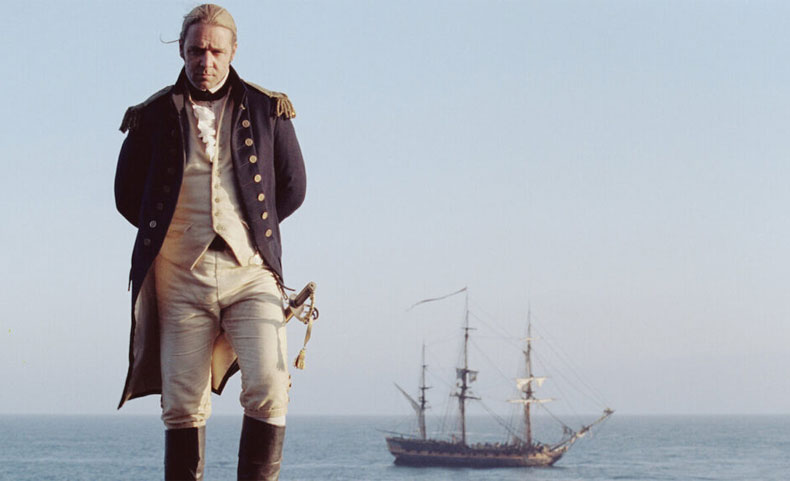 Patrick Ness will Write Script for Prequel of Master and Commander

When you can’t make a sequel to a plot, mostly because of the age of the actors in the original film (and the little bit of similarity left), it’s easiest to go back in time to make up a prequel. That’s exactly what the bosses of 20th Century Studios will do, who have decided to breathe new life into Master and Commander and have hired Monster Hour screenwriter Patrick Ness.

According to Deadline, work on this project is in its infancy and there is still not even a director who has expressed interest in the idea. There are no expectations for the master of the original film from 2003, Peter Weir, and Taika Waititi is currently engaged in anything to embark on a similar adventure. Don’t worry, you haven’t missed anything – we just decided that we should mention how at the end of 2017 there was speculation on the topic of who would take a (possibly) sequel. An option is currently being discussed in which the studio leekinko bypasses Weir’s film and actually begins a reboot – the prequel will be based on the first book in the Patrick O’Brien series “Aubrey & Maturin” and younger actors will be sought for the lead roles we will see in the performance of their official duty to the British Royal Navy in the early nineteenth century, during the Napoleonic Wars.

As is well known, the 2003 film is an adaptation of Patrick O’Brien’s tenth novel, The Far Side of The Ocean. A total of 20 books in the series provide a wide field of work for 20th Century Studios and Disney if they manage to overcome the incredible difficulties of making “sea” movies, especially involving fleets and battles between ships, and to provide a serious fan base. to look forward to every next movie.

The cult status of the original film, starring Russell Crowe and Paul Bethany, failed to provide a significant income compared to its budget – 211 million dollars box office against 150 million dollars invested in production. But we must not forget another serious achievement – “Master and Commander” was nominated in 10 categories for the Oscars. He managed to win two of them – for cinematography and sound editing, and in the rest he became a full-fledged master “The Lord of the Rings: The Return of the King”.

With a cheerful anticipation of the future, which may bring us all sorts of surprises, we will recall the light motif from Weir’s film – “The courage to achieve the impossible is in people’s hearts.” We wonder what a future series based on Patrick O’Brien’s novels would look like.